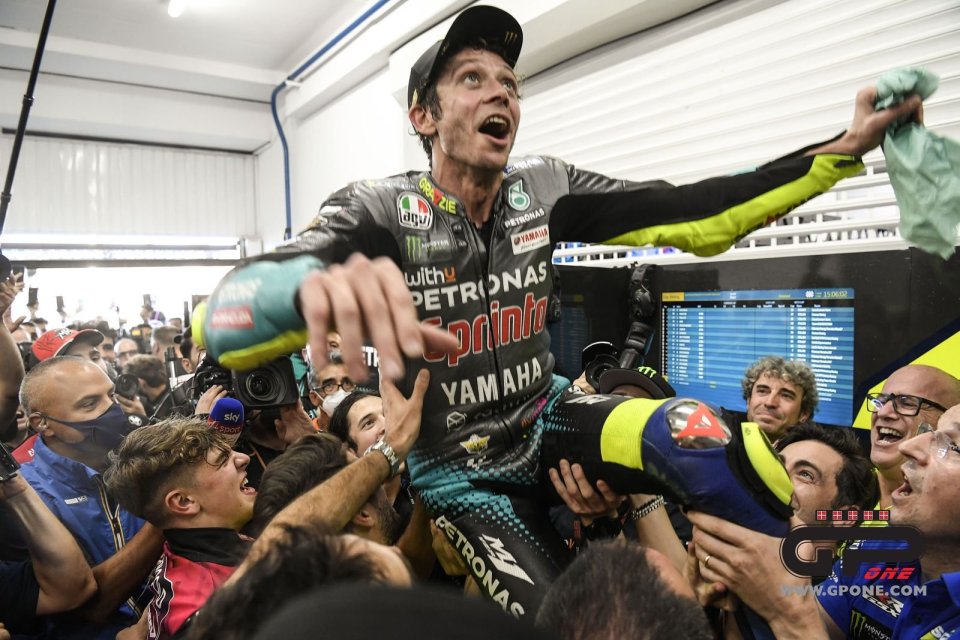 Sunday, 14 November 2021, was the day the post-Valentino period officially began at Valencia. The two-wheeled messiah greets, thanks, celebrates. He leaves memories, records and victories, but also teams and riders that he nurtured as if he knew they were needed to fill the void he would leave. A totally chaotic farewell, a bit like the finish, with the circle closing and all regrets forgotten.

Rossi celebrates and so do the I Rossi (the Reds), because this time we can get away with the most obvious pun in motorsport. Bagnaia, Martin and Miller on the podium, all the others below.

Meanwhile, the Moto2 world title went down under, to Australia. Gardner took it with him, his name is Remy.

THE GOOD - Hugs and kisses, greetings and kisses. Rivers of prosecco, screams and a little bit of healthy chaos. As it once was, when he won everything. But now the party has expanded, there are no losers and everyone wants to have an invitation. The Valencia circuit welcomes them all, 75,000 in the stands, the riders on the track, the people in the paddock. Their king has abdicated, long live the king. A racer until the very end, as he always has been, not just someone who turns up and goes racing. The last lap, the last bend, the last braking, the last wheelie, the last finish. The circle closes, but it has the shape of a track. Goodbye, Valentino.

THE BAD – They had to dredge Doohan and Gardner out of the record books, going back to 1992 at Assen, to find another GP without even one Honda from the official team on the track. Bad luck might have a formidable aim, but the biggest manufacturer in the world has congenital myopia for not having a much longer player bench. Even in the Jerez tests the double whammy of an absence might be replicated, a bad start …means working twice as hard, as the saying goes.

THE UGLY - The tie and the hat, the memories on the helmet, that smile always on his face. Danilo Petrucci …either you love him or you love him. The worker who became a CEO, from the CRT assembly line to the Ducati control room. He fought, won and excited, now he will go to the desert sands, where perhaps he will find a magic lamp that will grant another wish. He thinks he is normal in a world of phenomena, perhaps he doesn't know that the exceptional thing is to be normal. 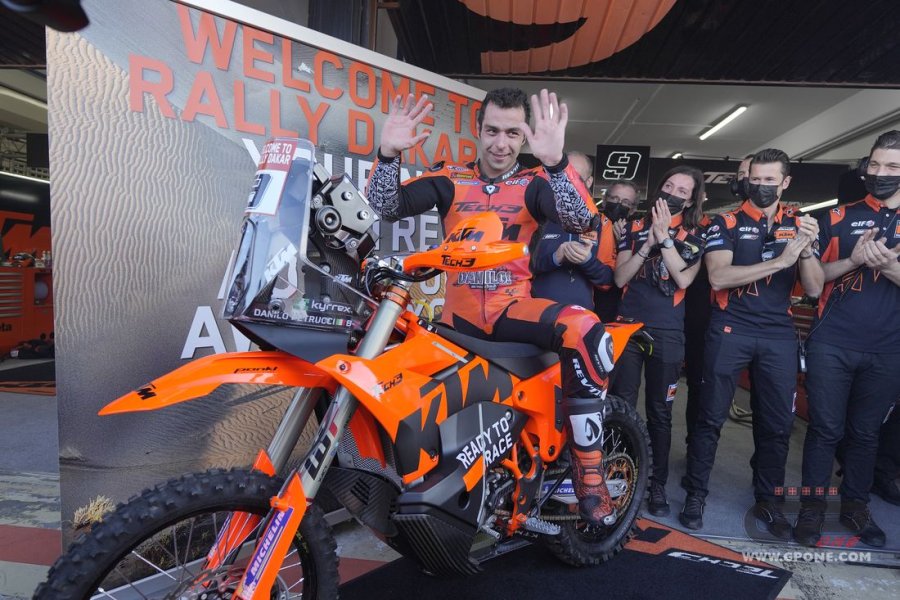 THE DISAPPOINTMENT - Enea Bastianini, but only in qualifying. On the flying lap he loses his way, goes grazing in the meadow and ends up having to start in the midst of the Sunday Grand Prix traffic. In the race he becomes a Transformer, battling away and overtaking but you can't always climb Everest. A lesson for next year.

THE CONFIRMATION - Three out of three, perfection in red, on the podium. Bagnaia who turned out to be a ‘winner-takes-all’ a bit late, Martin who improves and gets the better of his physical problems, Miller who finds continuity. Ducati's future is its present. 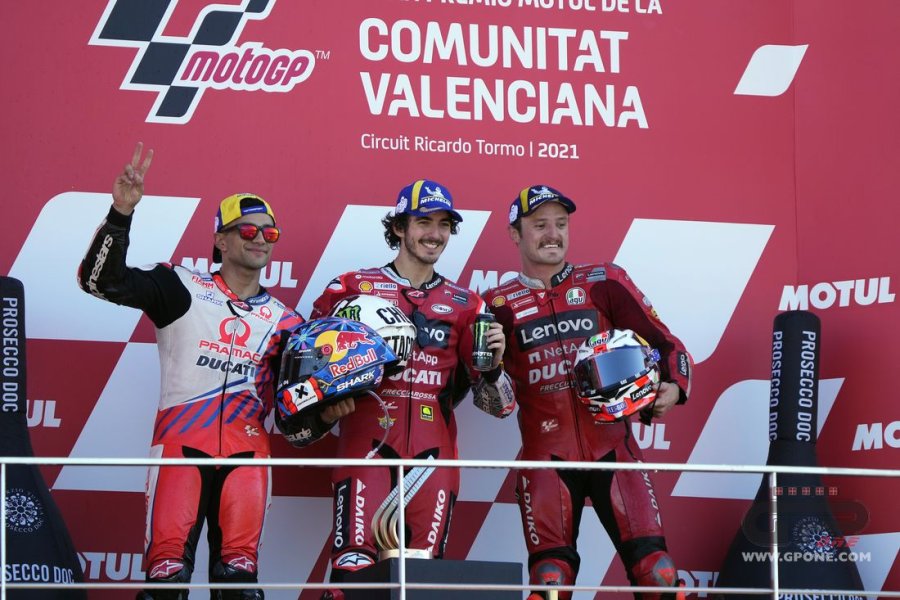 THE MISTAKE - From throwing one’s heart over the obstacle …to throwing one’s bike to the ground, it’s a short step. So Alex Rins found himself counting the number of grains of sand in his leathers instead of the points he has in the standings. Maybe it is a Zen exercise that will give him a bit of calm, because the other qualities he has.

THE SURPRISE – Once again in pole position after 9 years, in the garage without even doing one lap. A nice and a bad surprise for Simone Corsi, he didn't deserve the second one.

THE PASS - Remy Gardner didn't make many, but they weren’t exactly required for him to become world champion. In Portimao he thrilled, in Valencia he didn’t, but victors need never explain.

THE CURIOSITY - No one had ever managed to win 8 races in a year and not the title. Raul Fernandez is the new record holder …unfortunately for him.

I TOLD YOU SO - "For me it will be just a normal Grand Prix". Valentino Rossi lied, knowing damn well he was lying.