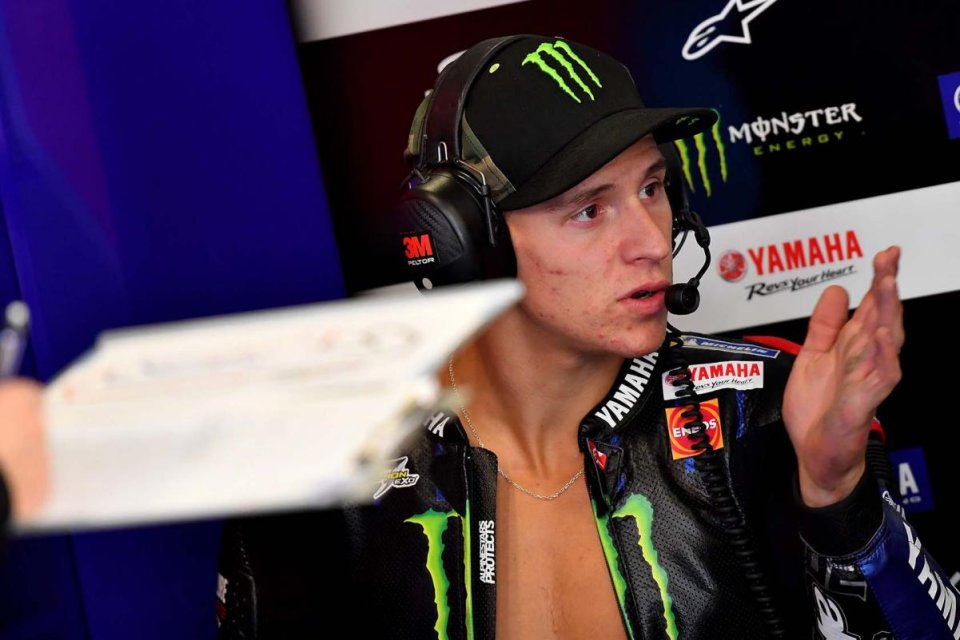 Fabio Quartararo concluded am exceptional season in Valencia, winning the world title. At the Ricardo Tormo, the French rider was aiming to get on the podium but, unfortunately, he had to deal with Yamaha’s superiority, which forced him to settle for a 5th place, five seconds behind Pecco Bagnaia’s Ducati.

Despite a hint of regret, Fabio can definitely consider his glass half full.

“Today’s problem stems from yesterday’s qualifying,”  Fabio began, “On a track like Valencia, where overtaking is difficult, it becomes difficult to start from behind and then make a comeback. If we look at the rankings, there are three Ducatis in the first three positions, like yesterday. This weekend has certainly taught us a lot for the future. I’m not worried, but an important change will be needed for 2022, even if we know what  we need to do.”

For Fabio, 2021 is now over, and it’s time to turn the page and prepare for next season.

“I’ve always given my best this season. Even today, I gave it everything I had but, unfortunately, it wasn’t enough to face the Ducatis. From the outside, it’s difficult to understand the Ducati’s potential in terms of turning, braking, and electronics, even if they have much more than we do. At Yamaha, we know what to focus on. I have repeated it to the team many times, and I think they know what needs to be done.”

At this point, all he has to do is take action.

“In the past, whenever I’ve asked Yamaha for things, they’ve met me halfway, like in Qatar with the holeshot. What can I say. We have many strengths, but also weaknesses to work on for the future, so that we can battle it out with the others more easily, without having to reach our limit.”