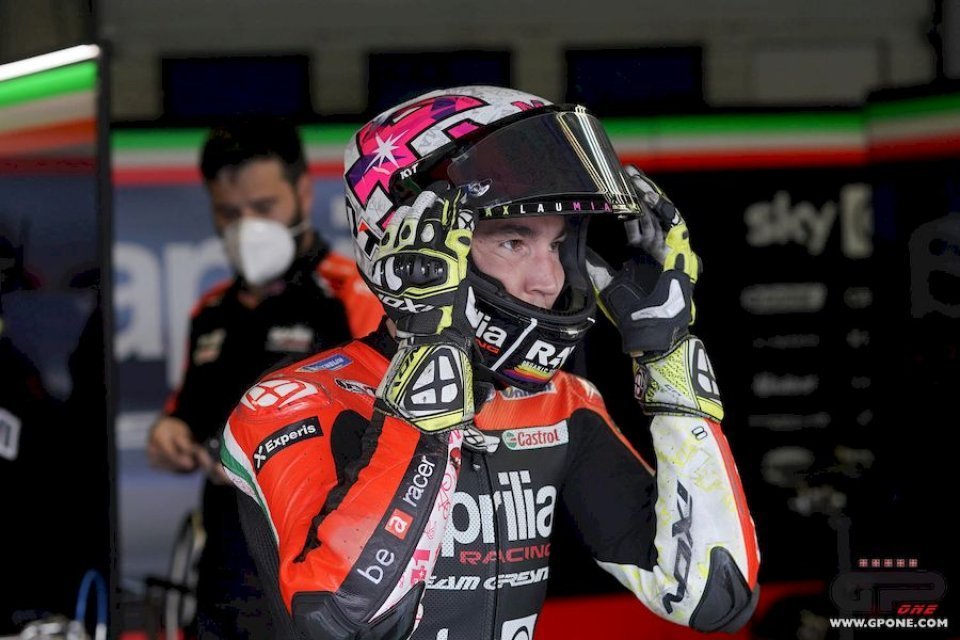 The premises seemed to be of the best kind after the reference set in the morning during the FP3. It’s too bad though that the qualification got in the way, in which Aleix Espargarò and Aprilia didn’t get beyond a 12th time trial, one second behind the Ducati of the poleman, Martin.

So, they’re feeling some remorse, even if they’re aware that things could change in the race, compared to qualifying.

“Between yesterday and today, we worked on the bike and we progressed,” Aleix began. “The sensations are better than on Friday, especially with the pace. The goal for Sunday will be to try to stay in the top five.”

Aleix will be facing the competition with a knife between his teeth.

“Having to start from a 12th position won’t be easy at all, considering the fact that, among other things, it’s very difficult to overtake in Valencia. Today, we worked with the medium and soft tires, and we’ll have to figure out what to do in view of the race.”

Starting in front of everyone will be three Ducatis, those of Martin, Miller, and Bagnaia.

“The Ducatis are at an incredible level, and their potential is evident. Given what has been done for us, it’s really difficult to battle it out with them. In the end, this is the MotoGP, and it’s normal. It has the best riders and bikes in the world.”