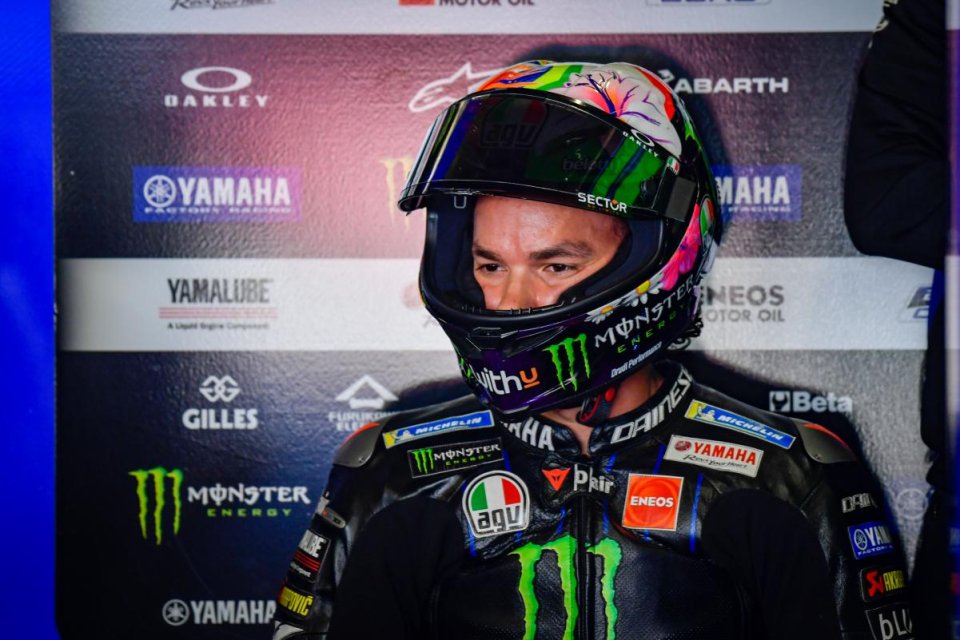 One step at a time, without rushing, in search of  the best way to recover. We’re talking about Franco Morbidelli who, on the Valencia track, demonstrated his confidence at the end of free practice on Friday, finishing in 13th place, almost a second from the top.

The gap from the best is important, but Frankie didn’t use new tires in the end, so much so that he should consider the glass half full.

“It was a pretty special day,” he began. “The conditions weren’t the worst. All in all, the outcome was positive, because I was able to be fast in both conditions, with new and used tires.”

We could see the confidence on his face.

“We’re progressing, step by step, even if I was at my best on the bike today, like I’ve never felt since my return. My recovery is going in the right direction, and we have to continue like this.”

Morbidelli then sets his goals for next season.

“I must be better than the Franco from a year ago, so we’ll have to work during the winter, both physically and mentally. From a physical point of view, however, I’m on the right path to recovery and returning in shape, suitable for a World Championship like the MotoGP.”

His last thoughts were about the challenge for the SBK title.

“Toprak has done a great job. He’s proven to be the number one candidate to win the title, but Rea is one who never gives up, since he’s a great fighter. So, Razgatlioglu has more chances.”

Rea: "Most will be a different story than last year"