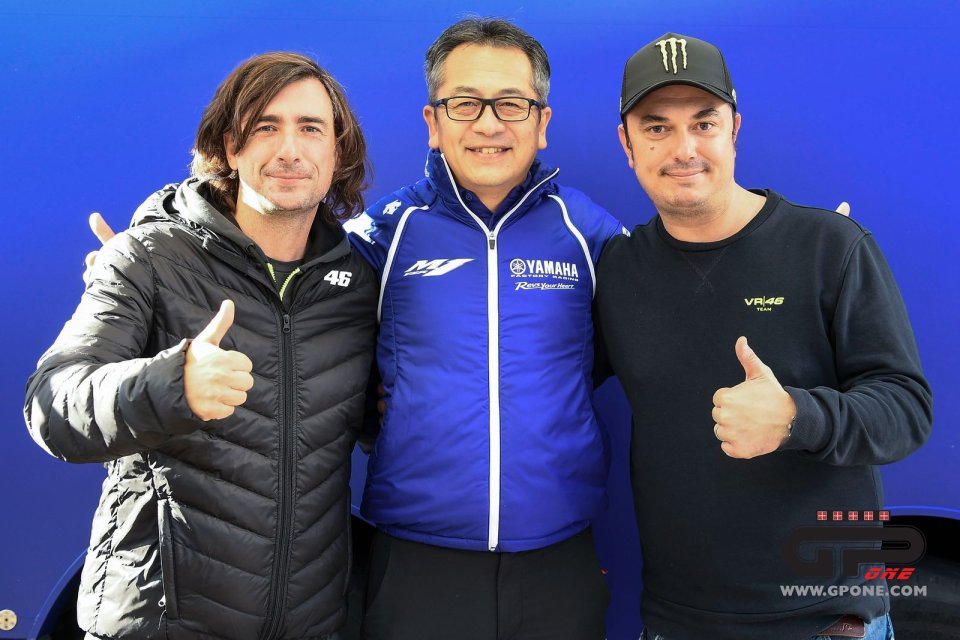 Yamaha Motor Co., Ltd. and VR46 are delighted to announce a new and exciting collaboration. The two companies have all been dedicated to nourishing next generation riders for many years. They now set out to offer young Yamaha talents the opportunity to hone their racing skills on a World Championship level and have therefore joined forces to commence the Yamaha VR46 Master Camp programme’s most thrilling and challenging project to date: its debut in the Moto2 World Championship.

The Yamaha VR46 Master Camp Team will be helmed by Sports Director Gelete Nieto, with Keminth Kubo and Manuel Gonzalez making up the young and determined rider line-up.

Thai rider Kubo took part in the fifth edition of the Yamaha VR46 Master Camp held in Tavullia in 2018. He and the Yamaha VR46 Master Camp Team debuted together in the FIM CEV Moto2 class in 2019. These last three years of riding allowed the youngster to gain valuable experience. In 2021, Kubo also received his first Wild Card in the Moto2 World Championship. He took part in the Gran Premi Monster Energy de Catalunya where he finished the race in 26th place.

Spanish rider Gonzalez was only 13 years of age when he was selected for the Red Bull Rookies Cup in 2016. In 2017 he had his first WorldSSP300 Wild Card. Shortly after, at just 15 years old, he would become European Talent Cup Champion and with those credentials he joined WorldSSP300 as a full-time rider in 2018. He finished his debut season in sixth place. Just a year later, he became the WorldSSP300 Champion (the youngest champion in its history, 17 Years 56 days old). He moved up to WorldSSP in 2020 and secured seventh in the final standings. This year, he impressed again in the same category. He is holding third in the classifications after various podiums and wins, with just one round to go.

The newly formed Yamaha VR46 Master Camp Team will make its debut on the Moto2 World Championship stage at the first official winter test in Valencia, held from 3-4 February 2022. The first objective for both riders will be to adapt gradually to their new team.

"The Yamaha VR46 Master Camp project has been very successful since its launch in 2016 - said Keitarou Horikoshi, General Manager, Motorsports Strategy Division, YMC - We started off with the biannual 5-day training programme in Tavullia that aims to support and nourish young Yamaha Racing talent. It soon became a much appreciated and sought-after part of Yamaha's bLU cRU programme, with Yamaha distributors from all over the world applying to have their riders admitted. In 2017, the Master Camp started its own FIM CEV Moto3 team which moved up to the FIM CEV Moto2 class in 2019. Kubo is a 5th edition Master Camp graduate and Master Camp CEV rider, while Gonzalez is a WorldSSP rider who is part of Yamaha Motor Europe's bLU cRU programme.

"Just from this timeline, it’s apparent that Yamaha’s endeavours aimed at helping young Yamaha talent are growing rapidly. All these initiatives – bLU cRU, the Yamaha VR46 Master Camp training programme in Tavullia, and the VR46 Master Camp CEV Team – now come together for this Moto2 World Championship programme. It’s a great opportunity for the riders and an exciting project for Yamaha.

"I want to thank Yamaha Motor Europe, Thai Yamaha Motor, and VR46 for being fully on board with this project. We know they are as passionate as we, Yamaha Motor Company, to bring exciting racing to fans as well as help the future generation of MotoGP stars to make the next step in their careers, making their dreams come true as they grow and gain experience on the World Championship stage."

"The Yamaha VR46 Master Camp is a project that is very dear to VR46's heart - replied Alessio Salucci, Director, VR46 Riders Academy - The idea of the programme was born in Valentino's office in the VR46 headquarters in Tavullia. It was created out of a conversation that Valentino and Lin Jarvis had there. They had the shared goal of helping international young Yamaha talent, much like the VR46 Riders Academy does for local Italian riders.

"Since the start of the project in 2016, every single year the Yamaha VR46 Master Camp training programme and the CEV team are stepping up their game to reach higher levels. This new Moto2 World Championship team is a new challenge for us as well as our two young talents: Kubo and Gonzalez.

"I want to take this opportunity to thank Yamaha Motor Company, Thai Yamaha Motor, and Yamaha Motor Europe for making this possible. This collaboration shows once again how motivated Yamaha is to help the next generation of racing stars. I can’t wait to start this exciting chapter of the Yamaha VR46 Master Camp programme."

"First of all, I would like to thank Yamaha Motor Company, VR46, and Thai Yamaha Motor for supporting me to follow my dream - added Keminth Kubo, Yamaha VR46 Master Camp Rider - Being able to compete in the World Championship gives me great excitement. It's been my goal throughout my racing career. Of course, there will be many challenges, but I will do my best. I sincerely hope that in the future I still have your support. Thank you! It is definitely my dream and goal in life!"

"I’m very happy for this new project and the great opportunity that I have received - concluded Manuel Gonzalez, Yamaha VR46 Master Camp Rider - It will be a big step for my career, where I will learn a lot and have fun. I will give the maximum to grow in this world. A big 'Thank you' to Yamaha and VR46 for believing in me. And of course, many thanks to the Rovelli family for all their support."