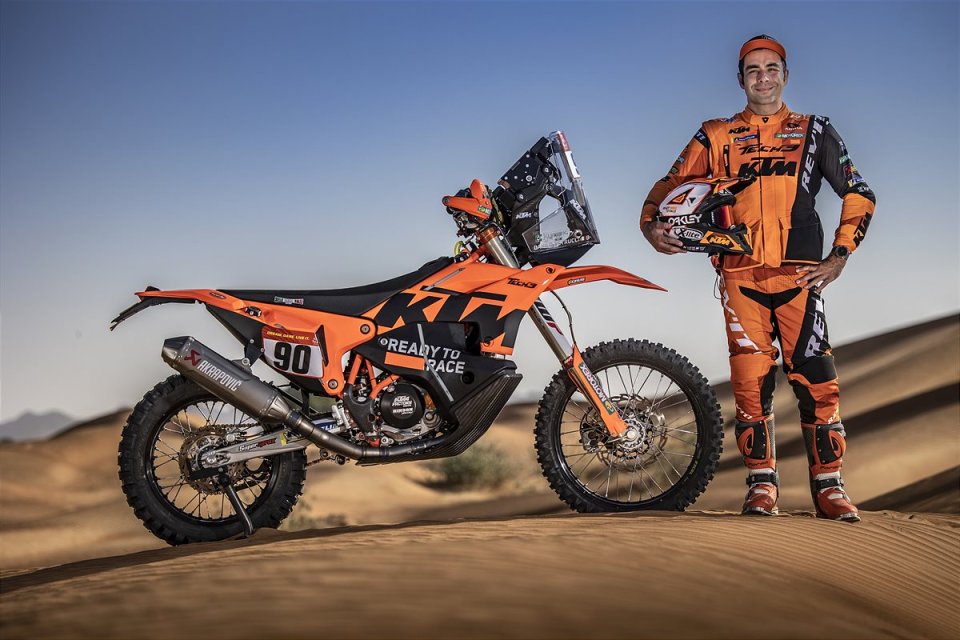 Danilo Petrucci has finally broken the news and officially announced that in 2022 he will race the Dakar with the KTM. After years of circuit racing, from Superstock to MotoGP, the rider from Terni is now looking towards new horizons, this time of sand.

Petrux will compete in his last race in the world championship in Valencia and then devote himself full time to this new adventure. He will not be alone, because as masters he will be able to count on the best off-road riders of KTM, which has won 18 consecutive editions of the Dakar. 2018 Dakar winner and FIM Cross-Country Rallies world champion Matthias Walkner, two-time Dakar champion Toby Price and reigning Dakar champion Kevin Benavides will be at his disposal.

Danilo has already had a taste of the desert aboard his KTM 450 RALLY, a test in which he approached the basics of the incredibly demanding navigation required for rally racing under the watchful eye of KTM's Rally Sport Manager, Jordi Viladoms, also a former Dakar competitor.

Now Danilo's attention will be fully focused on his riding and navigation education ahead of his first attempt to take part in the 14-day, approximately 8,000-kilometer event, which will begin on January 1st. 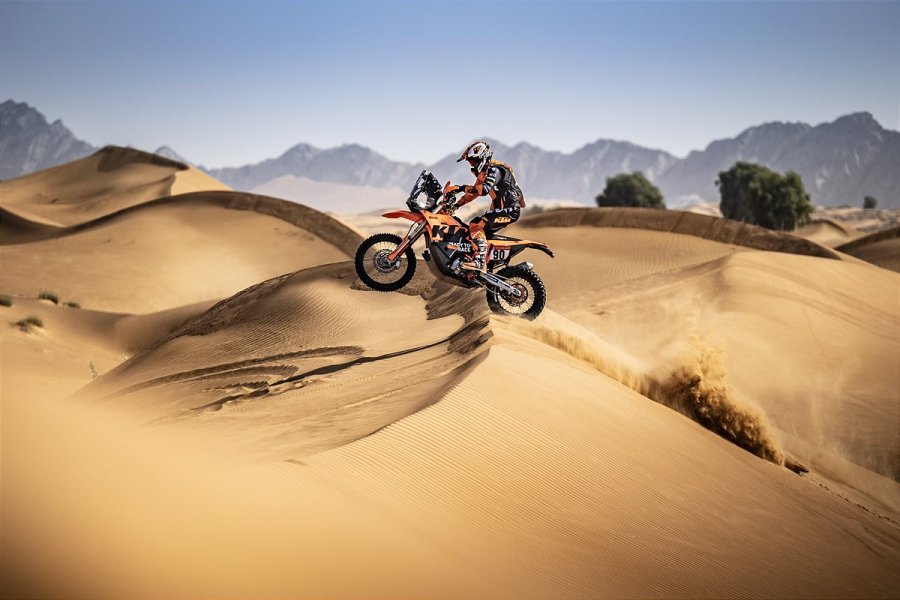 Danilo Petrucci commented: “For me it is really a dream come true to race the Dakar. It’s an event I’ve always wanted to do since I was a child when I was watching video tapes of the Dakar Rally from the 80s and 90s. Now, thanks to KTM, this dream is coming true. First, I would like to thank KTM for this great opportunity; I think I will be the only rider that in just over one month has competed in MotoGP and then the Dakar Rally – so it is with great pride that I go there. My main target is just to finish the race and enjoy it. The first approach was to have some road book training with Jordi, he competed in the race many times and finished on the podium, so he has been great in helping me learn this special art. I had my first taste of riding the KTM 450 RALLY recently at an initial test in the Dubai dunes, where I was with KTM’s Dakar champions and I was able to learn so much from them – it was great to see them riding, and they were super nice and helpful to me. I hope the training for the next month will be enough; for sure it will be a tough race, but I am excited.”

Pit Beirer, KTM Motorsports Director, added: “Danilo’s talent and his character means he is one of the few elite level guys that we believe can make this radical move from the asphalt to the dunes. It’s a great story for a great guy. We want to thank him for his professionalism and all his efforts as part of the Tech3 team in our MotoGP project and now it’s time for another ‘world’!”