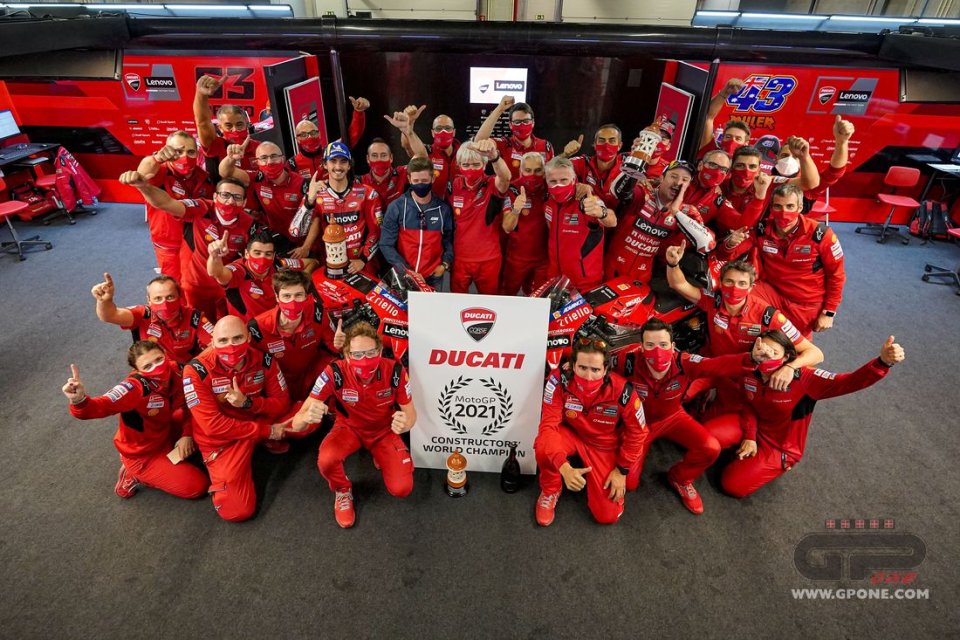 Casey Stoner arrives. Bagnaia wins the race, Miller takes the podium, Ducati wins the constructors' title, Pramac wins the independent team, Quartararo crashes. There is enough to write an entire book on the influence of the Australian on the red constellation. At Borgo Panigale, instead of spending millions on development and salaries, they are thinking of kidnapping the Australian and keeping him locked up in the garage for the next few seasons.

As he is Australian, in Moto2 Remy Gardner could only feel the beneficial effect and put his hands on the championship.

Unfortunately, Casey's influence has no effect on South Africans. So Binder mows Foggia down like a ripe field of wheat and Pedro Acosta wins the title. Not thanks to the accident caused by Darryn, but because he is strong. Of course he had taken a picture with Stoner before, as well.

THE GOOD – Try again, Pecco. He did it and completed what he had left in the gravel at Misano. Pole position, fastest lap and victory to let everyone (but also himself) know that next year he will be there. The constructors' title is fine, an award that only becomes important when the riders’ title is missing. At Borgo Panigale they are fed up with the silver medal, Bagnaia is starting to understand how to turn it into gold.

THE BAD - More than malice, it was total recklessness, a neuronal blackout. The wrong thing, at the wrong time, against the wrong rider. Darryn Binder made it a horror hat-trick. It is not the best sort of business card to show up in MotoGP in a few days’ time. After all, he didn't even need it, his fame would have preceded him anyway. Accompanied by the shivers on the back of the other riders when they find him next to them.

THE UGLY – Some people are thinking of organizing a whip-round to get Casey Stoner back full time in the paddock, and the Ducati riders have already pulled out their wallet. In a slightly low-key GP after the World Championship had been assigned, the Australian received a reception worthy of the star he is. In amongst photos with colleagues, interviews and various bits of advice, his absence will be sorely felt. 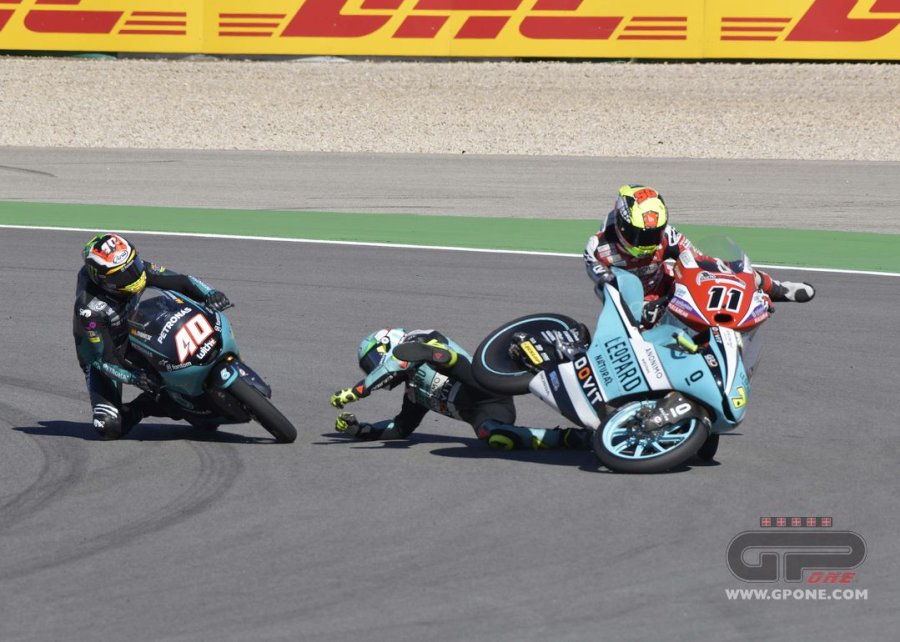 THE DISAPPOINTMENT - After a podium at Silverstone (and 4th place at Aragon), Aprilia seems to have gone into hibernation. Autumn brings sleep, but a wake-up call would be needed at least for the last race. Aleix Espargarò has returned to his habit of giving way to gravity, Vinales is in an evident state of confusion. A doctor is not required, just a good result.

THE CONFIRMATION - Remy Gardner has been riding the long wave that leads him to the title. To be honest, he still needs 3 points, the perfect number when there is only one race left.

THE MISTAKE - Semel in anno licet insanire (Once in a year one is allowed to go crazy - or crash). Fabio Quartararo can be excused for his mistake, the first in a race in the whole season. They say that a mole makes beauty even more interesting, maybe a crash with a perfect year does the same.

THE SURPRISE - Marc wasn't there, but Alex kept up the good name of the Marquez family. He might have got on the podium without the red flag, but he can’t complain. Honda opened the strings of the upgrade bag and the result has arrived. Not by chance.

THE PASS - Outside, at the first corner, passing 4 riders. An overtaking move worthy of a world champion, which Pedro Acosta actually is now. The Spanish shark has just arrived in the world championship paddock and is already awesome. 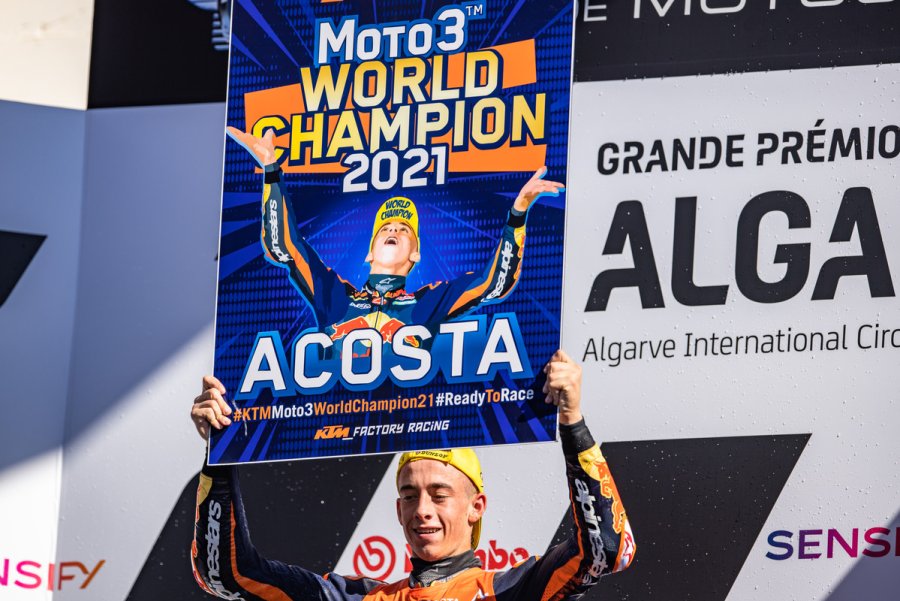 THE CURIOSITY - He had won a world championship, but had never qualified on the front row. Joan Mir discovered a new sensation. All that remains is to find out how many years will pass before we see him on pole.

I TOLD YOU SO - Quartararo: "I'm in Portimao to enjoy myself". Maybe he did, but not on the track.

Rossi: “Good feelings in the first Portimão GP, I want the top 10”