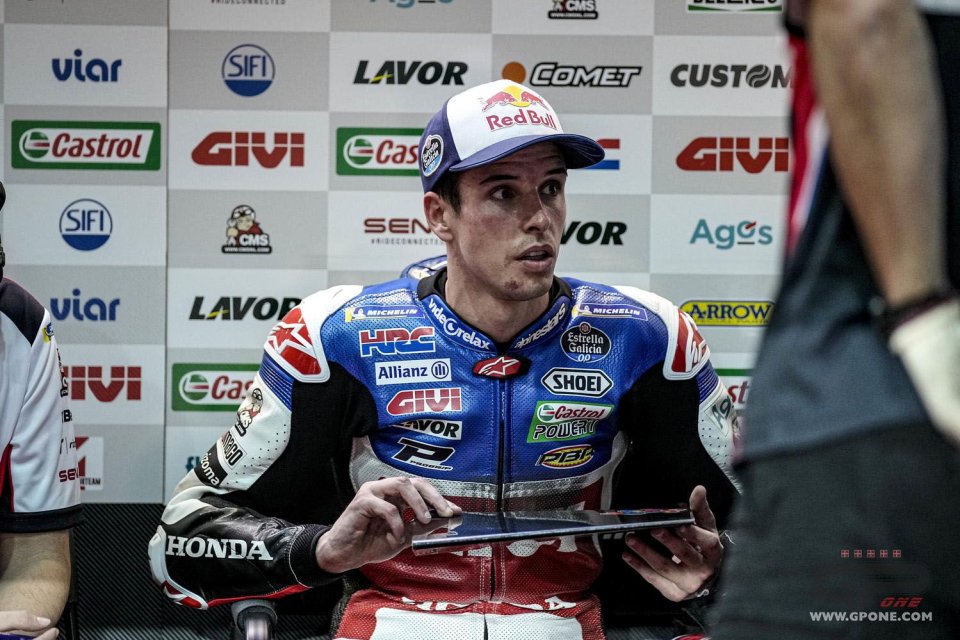 The Algarve GP ended abruptly, with three laps to go, and with a red flag that left spectators divided: who would have won the challenge for the third step of the podium between Miller’s Ducati and Alex Marquez’s official Honda? A challenge with an unsurprising outcome if we consider that Miller had opted for a medium tire while Alex had bet on a hard compound. The red flag then declared Miller’s victory, and Alex arrived fourth.

Do you think you would’ve been able to snatch the podium from Miller if the race hadn’t been interrupted?

“I think so, but I’m still happy with the result,” Alex stated. “Our pace was really good, and I honestly didn’t expect it. I’m also happy for the team. These results are positive, especially after such a complicated season. Now we have to try to maintain these levels and get into the perspective that we can do it.”

So if there hadn’t been a red flag, do you think you would’ve overtaken Jack’s Ducati?
“We were really close. When the race was interrupted, I had already planned in which sector of the track I could attack him, the fourth. Unfortunately, I didn’t get the chance, but it's a positive experience to bring to the next races.”

After such a difficult season, how important is this result on a mental level?
“More than for me, it’s a very positive result for the team. As already mentioned, this season has been very difficult for the entire team. Getting so close to the podium is already an excellent result and, above all, for all the work done in recent months. I’ve never stopped believing in this project with Honda. Now the goal will be to do well also in Valencia, then the tests in Jerez, in order to be able to face the 2022 season in the best way possible.”

If you had to choose the main reason behind this result, which would it be?
“I think the whole package here in Portimão has worked really well. Since we tested the new fairing, we’ve seen improvements. Then, after the Misano tests, we’ve improved the set-up even further. So here, in Portimão, I just tried to refine the tiny details and adapt my riding style in the best way possible without changing the bike set-up too much, and we noticed that we were performing already starting from the FP1.”

You've also earned Pol's compliments for getting Honda to use hard compounds for the rear.
"Yes,  I noticed that all the other riders had made that choice during practice, while our plan was to try the medium first and then the soft. Having already a lot of data with that set-up, I thought it would be a good opportunity to test with a set-up with which we hadn't done many laps, and it worked. The pace was good right from the start.It was a surprise for everyone. We didn't expect it."