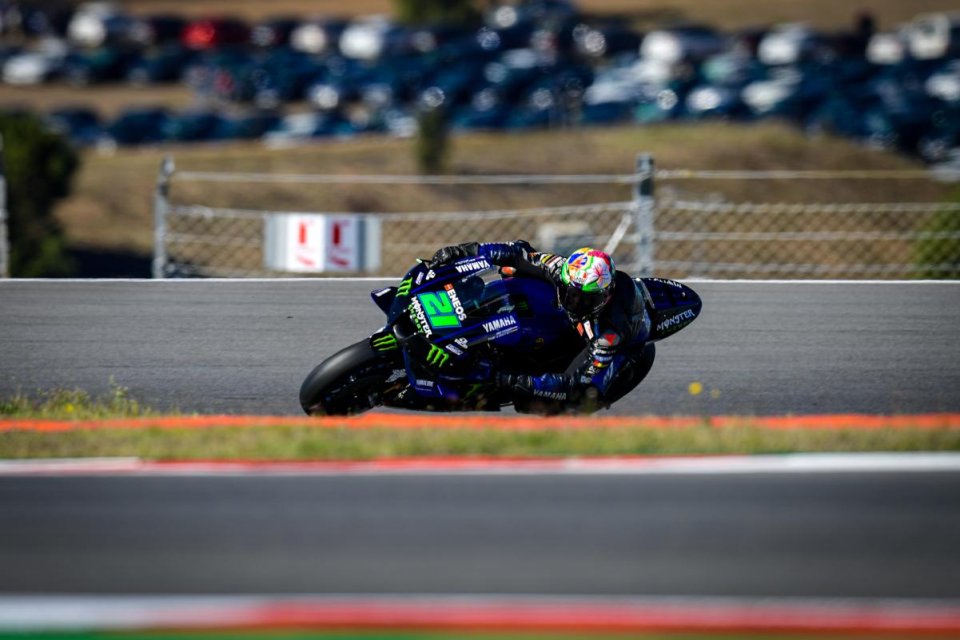 The Portimão Saturday brings back a smile on Franco Morbidelli’s face. The Yamaha rider ended qualifying on the Portuguese track with the ninth fastest time, and tomorrow he’ll be sharing the third row with his box mate, who’ll be starting from the seventh.

A result that Franco needed, despite the limitations that emerged on a physical aspect, which still force him to grit his teeth and have to bear it.

“A day like today gives energy and endorphins, not only to me, but to the whole team,” Morbidelli said. “This performance undoubtedly gives us confidence, even if what will count tomorrow is the race. I think there's been a slight improvement on the physical side, but we managed to work well on the race pace as well. However, only tomorrow will I understand the real situation, hoping to continue to progress when we go to Valencia next week.”

So Franco is taking baby steps.

“Compared to Misano, there hasn’t been a clear improvement, also due to the tight deadlines. It’s also difficult to quantify everything. I’m certainly not on the same physical level as before, but we’re working. I’ll face tomorrow’s race as always, trying to manage the situation from a physical point of view in the best way possible.”

Morbidelli then mentions his physical condition, which still makes him anxious.

“When you race, and you’re in the scuffle, you don’t think about your body or the pain, since you’re concentrating on the race, even if the limits still show. Unfortunately, I’m not at my best, and this affects my performance. But I want to remain confident, because my path towards recovery is progressing according to plan.”

“Having a coach like Stoner is something extraordinary, since he's been one of the best interpreters of motorcycling in recent years. He’s someone who has many things to say, and when you have the opportunity to compare yourself with people like him, it’s an added value. I work with Simon, and he’s a person who has a rider’s eye. There are definitely many very strong riders, and it would be great having both of them. It’s a difficult choice.”