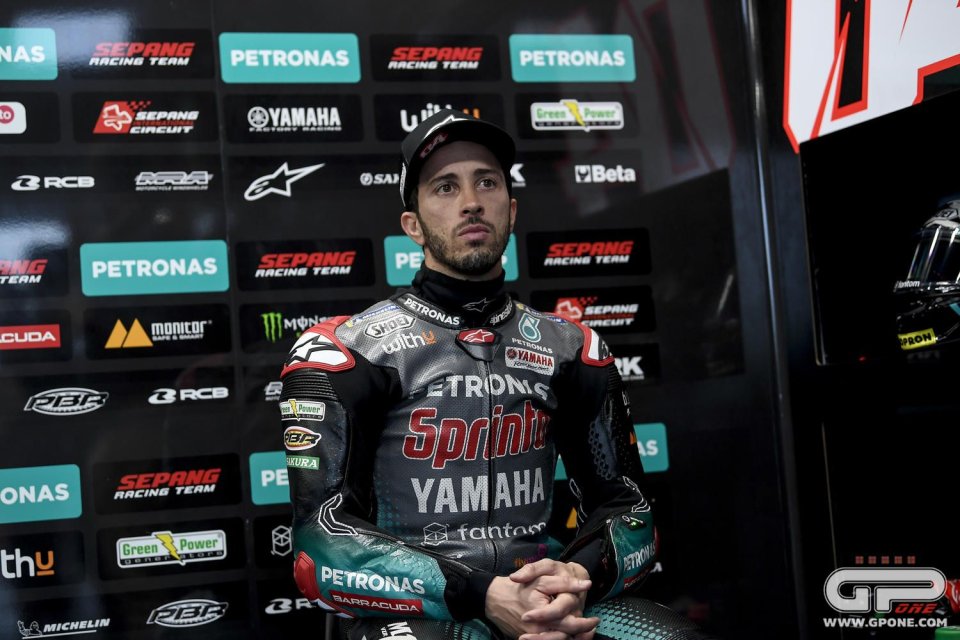 Fourteenth position for Andrea Dovizioso at the end of the Portuguese Grand Prix is not exactly the goal that the Italian had set for himself for this race weekend. With a cool head, however, the #04 summed up his weekend in a positive way.

“Compared to the previous race weekends I have made some improvements - said Andrea - My race pace improved since mid-GP. I reached a good speed as far as I am concerned, in practice I never managed to reach this pace. In my situation it is difficult and it takes time but I managed to overtake other riders. The goal was to catch Valentino, he was always two or three places ahead of me. He kept the pace of Marini and went away ”.

You decided to change the tyres at the last minute and went from medium to hard on the rear. Do you think that without this change the result could have been different?

"The temperature these days was different from what it was here in April. So it was very difficult to decide which tyre could be the right one. The potential of the medium and hard was very similar. I think the choice depends a lot on the bike you ride and the characteristics. I don't know what I could have done with the medium ”.

Looking at what happened today in Moto3, what do you think of your future teammate? (Darryn Binder, ed.)

“I think what happened today was something you shouldn't see, especially if there is a rider fighting for a world title. For sure, what he did was not correct. You have to be lucid and intelligent. It's always difficult, everyone is always on the edge, I still think we need to stay calm in these situations. As for his leap into MotoGP, we'll see. It's a strange thing for a lot of people but it's a team decision. I think he has some good characteristics but I don't know if they will be good enough for MotoGP. Very often expectations are created and then the opposite is realized. The decision has been taken”.

Compared to yesterday you are much more positive.

“We need to try to interpret well what we are doing with the team and make the best of it. Today I would have liked to be further up but the goal is to try to understand as many things as possible. I don't have a competitive package, luckily this won't be next year's bike. In these days I have managed to progress a bit under braking and I confirmed this in the race. If you don't work well during the practice sessions, then you pay for it in the race. For example, at Misano 2, having never lapped on a dry track, I was unable to go fast. Today was not bad, let's not forget that I was last in the second corner, slowly I managed to rejoin the group in front. In my opinion, if we consider the pace I have taken, I set some good lap times ”.

In the tests at the end of the season, do you confirm that you will test the new 2022 bike?

"I will try the base of 2022. I don't think it is defined yet, I will test some new things and that will be the base".

Additional checks revealed Lowes also suffered a small fracture to the top of his left humerus bone and he has commenced an intensive rehabilitation...
4 days 16 hours ago