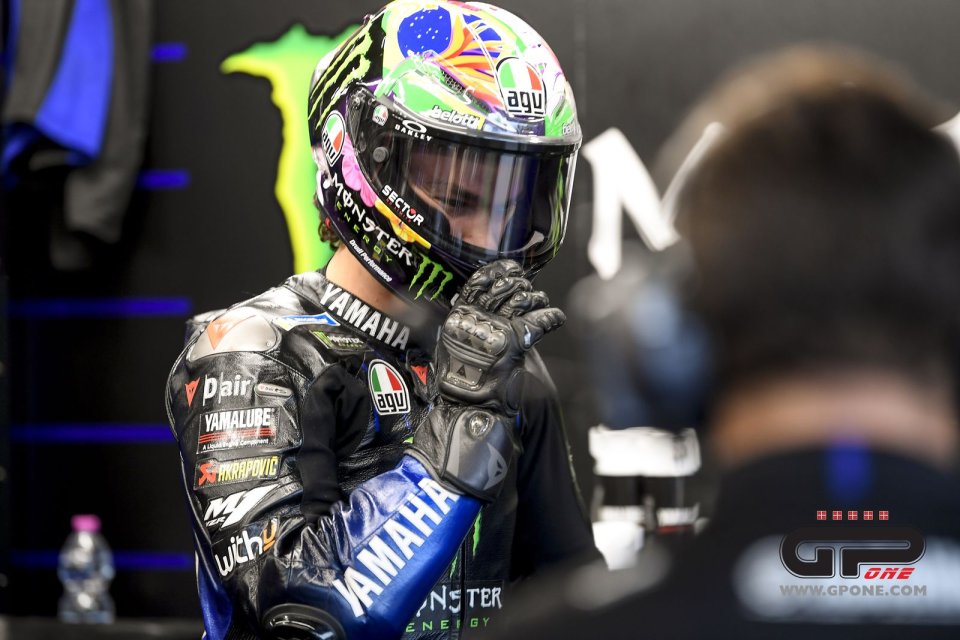 On one hand, there’s his body. On the other, the track and bike. So Franco Morbidelli is trying to take one step at a time, with the aim of finding the best feelings on the M1. Portimão is undoubtedly a particularly demanding track that has put him to the test, even though he’s trying to grit his teeth and bear it.

At the end of Friday, he was 12th, less than a tenth from the top ten.

“This first day didn’t go badly,”  Franco said. “The Portimão track is demanding, but I managed to handle the situation, working well with both new and used tires. In fact, I had good speed, even if I wasn’t able to mount the soft in the end. But the outcome is positive.”

His physical condition will certainly play a decisive role in view of Sunday. Marc Marquez underlined this, among other things, when Franco got back into action after his violent accident in Jerez in 2020.

“I’ll have to manage my energy well over the course of the weekend. Obviously, I’m not racing like before the injury. In fact, there are some things to change, in order to be fast. My style is different, especially in left-hand turns.”

So Franco is taking small steps and his competitive commitments will end in Valencia.

“There are two races left, and my goal will be to live the championship final one day at a time, while still trying to do the best. Then we’ll see where we’ll be. Among other things, I won’t be in the Monza Rally this year, since I’ll use the break to rest and recover completely.”

His last statement was about the crew chief who will work with him starting in  2022.

“At first, I tried to see if there were any possibilities to work with Forcada again, given that the first choice is always the best, and also considering the results obtained. Then, speaking with Yamaha, the staff, and also with Forcada, we came to the conclusion that Patrick was the best choice for my future in Yamaha.”

Morbidelli, in a race against time to his plane