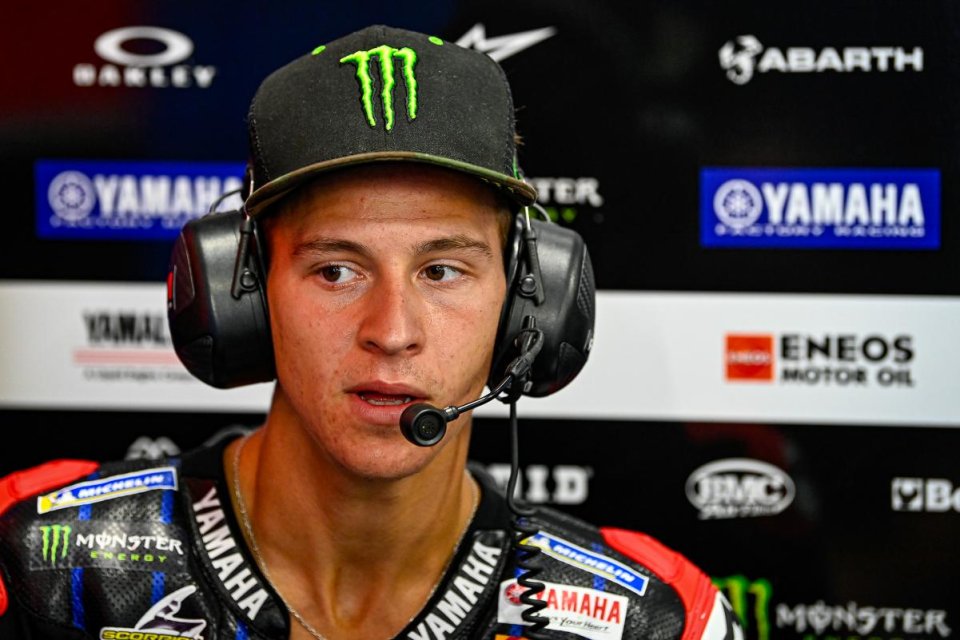 Fabio Quartararo is aiming to double down on his title win this weekend and just for a change he saw fit to play the leading role on Friday in Portimao. In fact, he and his Yamaha were on top form on the opening day of the Portuguese weekend.

The Frenchman confirmed that he has a lot of confidence on the M1 on the Algarve track, seeing off his opponents and showing once again his true potential.

"I am very happy with this first day - commented the Frenchman - in the afternoon I struggled a bit with the wind, but in the end I managed to do a good lap. I must say that here in Portimao I am racing with my head free, a really strange feeling for me, which allows me to go even faster ”.

“It is the first time in my career that I feel so free of thoughts, since in the last two races I had to avoid mistakes, as I was fighting for the title. Now that the World Championship is won, I have less pressure. However, we are working to have a good weekend, focusing on the tyres and some aspects of the M1, in particular the braking. Among other things, in turn 5 I risked ending up on the ground, as I braked too late. Luckily however, I had no problems "

Right behind him once again is the Ducati of Pecco Bagnaia, out for revenge after Misano.

“To be honest, I’m not thinking about Pecco, even if Ducati will certainly be competitive this weekend. I'm here at Portimao to enjoy myself and race without any worries. Obviously, on Sunday I will give my all anyway, since the goal is to win. However, I am not focused on Pecco, since there will also be other strong riders and as a result I will have to deal with them as well ”.

During the Portuguese weekend, Fabio got to meet Casey Stoner.

“It was a great pleasure to meet Casey and have a few words with him. I was sorry to have so little time, but in Valencia I will definitely spend more time with him. What is there to say about Stoner. He is a great champion, someone I have always liked, since I was little. He gave MotoGP a unique riding style. He won the title in 2007 with Ducati by doing something incredible and crazy ”.