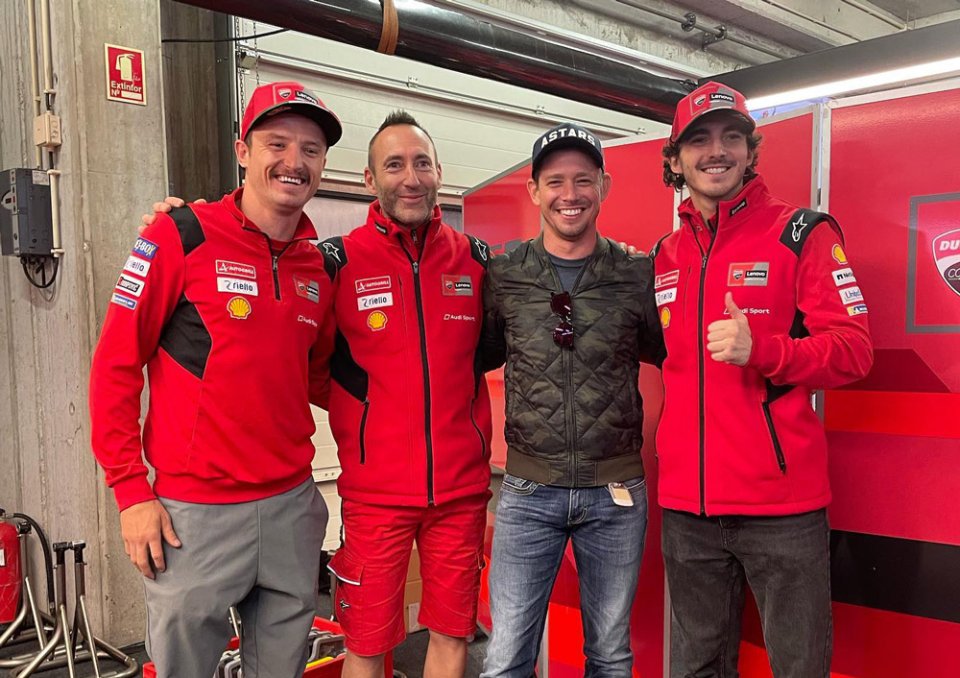 It's not every day that Casey Stoner takes on the role as 'coach', but that's exactly what happened to Bagnaia and Miller today. The Australian champion carefully observed them along the track and then helped them with his indications. The two riders could not have received a better gift.

"He gave me some advice after FP1 and it worked in FP2 - said the Australian, who ended the day of practice with the 3rd fastest time - When a legend like him talks to you, you listen. We could actually ask Ducati to increase the budget for next year to bring him to some more Grands Prix ”.

"I think Jack and I would also be willing to cut our salary a little to have Casey - confirmed the Italian - It was nice to have him in the garage, he's the rider who interpreted the Ducati the best when it wasn't an easy bike. It was interesting to have his point of view, this morning he immediately realized that Quartararo and I were the fastest and in the afternoon he made interesting comments on the behaviour of our bike in the wind. I really appreciated his help, also because it doesn't come from just any rider ”.

Bagnaia had never met Stoner before, but he followed his exploits carefully, especially when he fought against Rossi.

“I was a fan of Valentino, but Casey was one of the best riders in history. I hope he will stay with us tomorrow too ”.

At this moment every little help is welcome to be able to beat Quartararo.

Although the title is no longer up for grabs, the Ducati rider does not seem to be lacking in motivation.

“First of all, I'm still fighting for 2nd place in the championship, then I'd like to win the constructors' and team titles for Ducati - he underlined - I know that the riders title is more important, but it's also nice to win the others. It is also always nice to fight against the strongest rider, now Fabio will race without pressure, more relaxed, I think we can enjoy ourselves if we continue like this ”.

Bagnaia: "Stoner thinks like a rider, he is able to get inside your head...