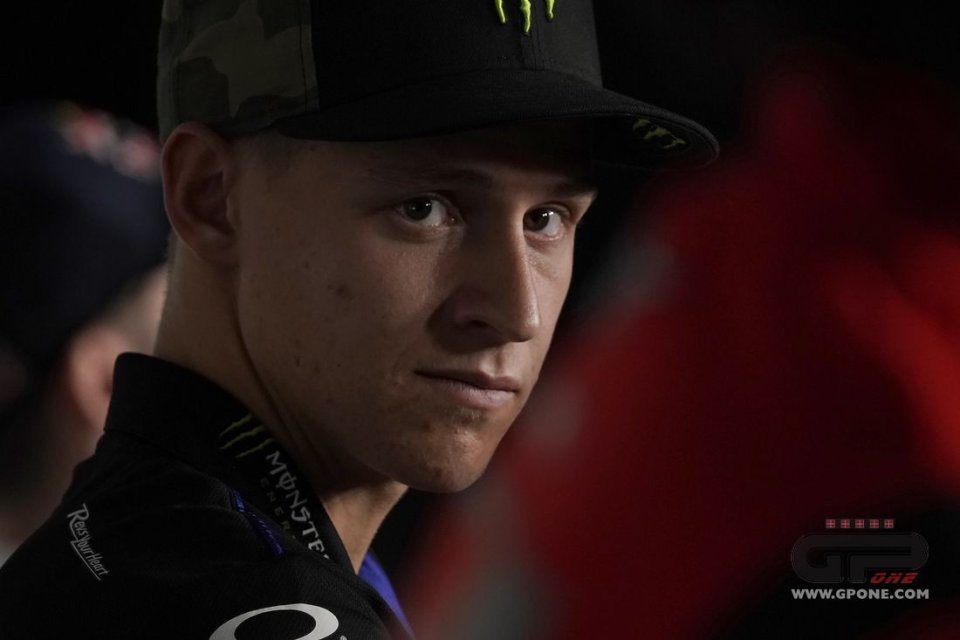 His morale could not be any higher, the only low thing is his tone of voice. Fabio Quartararo has been shouting for days about his happiness at having become world champion in MotoGP and a pinch of aphonia is a price that he is very happy to pay. “It was a special week,” said the Frenchman with his eyes still shining at the memory.

At Misano he achieved his biggest dream. “It was great to celebrate Sunday night with my team and then spend a few days with my family,” he continued. A well-deserved reward, as his rival Bagnaia recognized, but now it's time to regain his concentration and get back on the bike for the last two races of the season.

"To refocus again I think is quite easy because it's what I love, to be riding, to race, to fight with these guys. To be honest it was just difficult the first day, on the Tuesday to go back to training after Misano - Fabio smiled - but I had to do it ”.

Now that he has reached the big target, Quartararo can only think about enjoying himself in Portimao this Sunday and in Valencia next. Although, in truth, there is also another objective still at stake: to win the team and constructor titles and thus obtain the so-called Triple Crown.

“Right now I don't feel any pressure, because I've already reached my goal - explained the Yamaha rider - I will certainly try to fight for the podium or the victory here too, but it will be different, everything is more under control. There will certainly be stress before the race, but it is a positive feeling. It's more adrenaline than anything else ”.

Before Misano, however, he had confessed that he could not even eat.

“The pressure was high because I was fighting for something big, these last two races will certainly be easier for me”.

After that he will start thinking about 2022 with the two days of testing at Jerez. There he will get a first taste of what will be next year's M1.

“I don't need to ask Yamaha for anything, they already know what I want… more speed! - he laughed - We will need it to fight with our opponents on some tracks, it is very important. The chassis is already very good, we can only have small room for improvement in that area, it is clear that we have to work on the engine ".