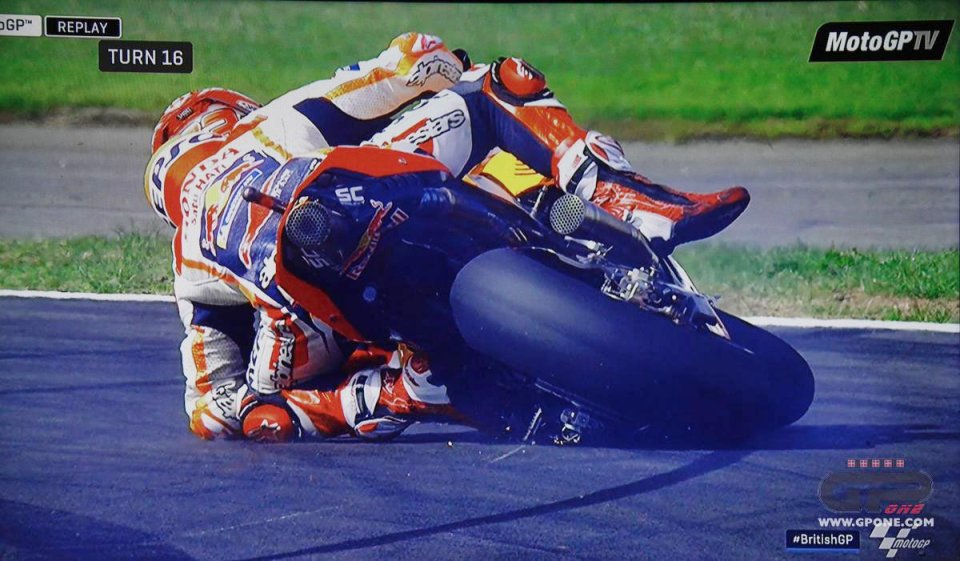 This year only Iker Lecuona – who’s been dumped by KTM and who next season will be in Superbike with Honda – has crashed more than him, 23 times. It’s a very narrow margin: just one more crash than Marc Marquez who, however, missed the first two GPs of the year, returning only at Portugal with a very decent 7th place, after coming back from a one-year stop .

This tells us only one thing: the crash of 19 July 2020, at Jerez, with a broken bone in his right arm, while he was in third place after a crazy comeback, did nothing to change the eight-time world champion. If not in one not negligible detail: due to the imperfect condition of his right shoulder, Marc today is able to make his now legendary ‘saves’ much less frequently. Elbow saves, with his front tyre askew, Marquez is no longer capable of doing them today … for the moment.

Proof of this comes not only in the number of crashes recorded by the Cervera rider in this troubled return season, in which he nevertheless won three Grands Prix in his two kingdoms of Sachsenring and Austin, as well as one in the less hospitable circuit of Misano, but also in the comparison with the past years. 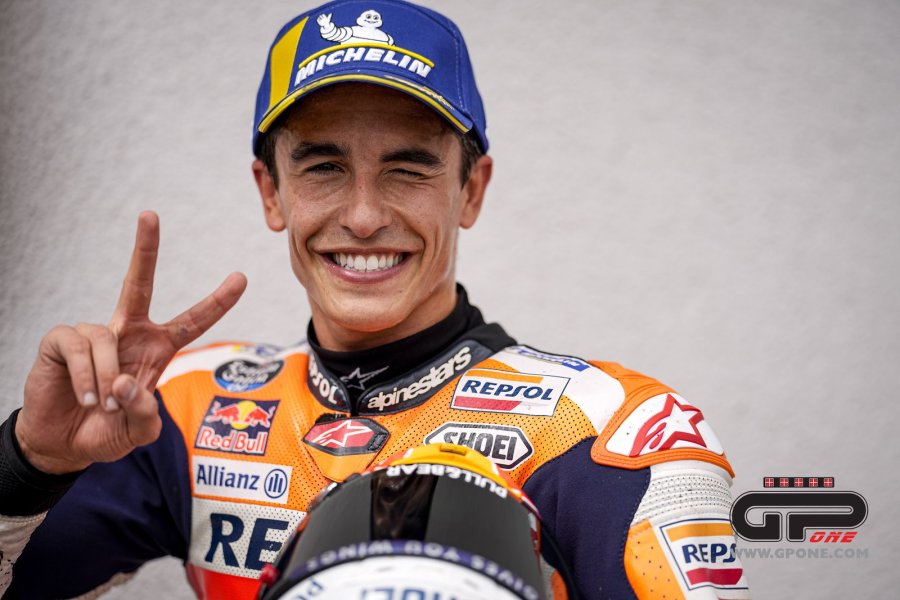 We are talking about 122 crashes over 9 seasons, including the last one, which have earned him an incredible haul of 6 world titles, 59 victories, 99 podiums.

Marc has never made any secret of his method: looking for the limit until he crashed in the two days of practice before the Grand Prix in order to be deadly and close to that 100% pure performance limit on race day.

A philosophy certainly closer to a champion like Kevin Schwantz, who, however, had inferior machinery than someone like Eddie Lawson who, rather than make a mistake, settled for a podium.

Of course, the competitiveness of MotoGP has increased a lot in the years between the ‘80s and ‘90s but, in the end, three riders have always fought for the title. Never more than three.

Marquez in 2019 greatly reduced the number of his errors, and he often talked about this philosophy and how it had become important to settle for placements so as to avoid physical harm that, statistically, can jeopardize the performance of a champion over the course of his career. Then came 2020 in which Marc at Jerez showed such an embarrassing superiority over his rivals that he probably forgot his good intentions.

Many observers, during this season, have expressed their opinion on Marc Marquez's return to full competitiveness. In recent days, both Schwantz and Lucchinelli have been speaking about it, finding themselves in agreement in judging the rider from Cervera as the only Phenom of the last decade. The one against which every one of his opponents must contend with, to be judged.

Last Saturday's injury, which eliminated Marquez from the list of starters for the next Portuguese Grand Prix, took away the possibility of knowing whether or not he would have been able to put salt on the tail of Miller, Zarco and Mir, and succeeding in the undertaking to finish the world championship third overall. It would have been a fantastic feat and, at the same time, it would have given us something to follow during the last two races remaining to bring the year of Fabio Quartararo to an end.

For sure, however, for Honda and for himself it is better to keep in good shape for the important tests that will be held in Jerez at the end of the world championship on 18 and 19 November.