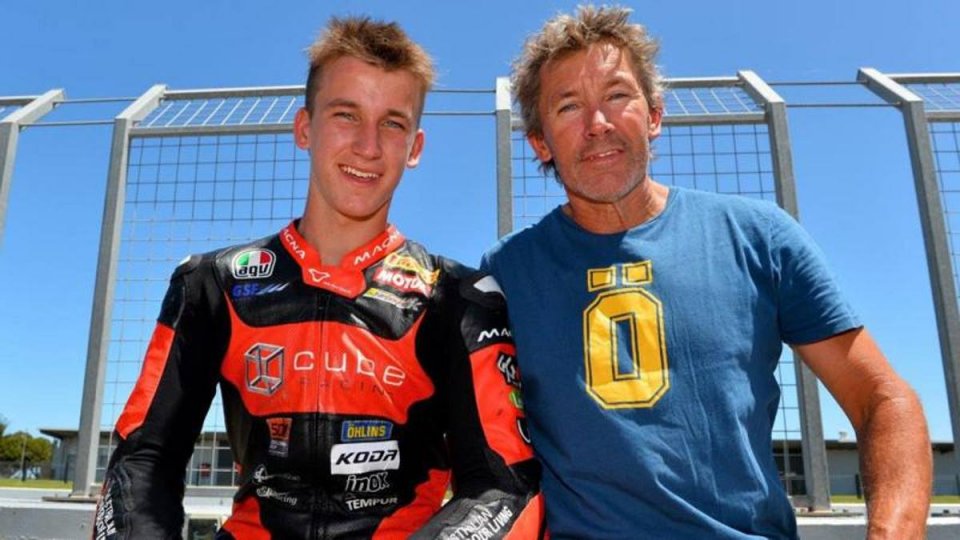 2022 will be the year of change in Supersport, following the opening up of the category to up to 955cc. In fact, we will see MV Agusta on the track, as well as Triumph and Ducati. Speaking of Ducati, it has long been known that the Borgo Panigale manufacturer will field the Panigale V2 in the series, so much so that some teams have already jumped at the opportunity.

This is the case of Aruba, which has decided to enter the championship with Nicolò Bulega, the announcement coming last September. The news doesn’t end there however, because Barni Racing is also added to the list. Marco Barnabò's team has in fact decided to rely on the qualities of Oli Bayliss, son of the legendary Troy.

A few weeks ago Paolo Ciabatti had openly declared his intention to bring the young Australian into the championship, now confirmation has arrived today. After the experience gained in Australia, Oli will make his debut in the World Championship next year, leaving his home country to move to Ravenna with his father Troy.

The two will take up home in Ravenna as guests of Davide Tardozzi. It will therefore be a kind of return to his second home for the man who is regarded as a Ducati legend. The official statement from the team has just arrived.

Biaggi spills the beans: "in 2008 Preziosi took revs off my Ducati to...

The Soft front will be a good solution for the less aggressive riders who need good feedback and high grip levels at maximum lean angle. The Hard...
7 hours 25 min ago

“I don't know when he'll be back. When he feels ready, he’ll come back, not before. Then he’ll have to work on his muscles, see if his shoulder is...
19 hours 3 min ago

"In the morning I was closer, but in the afternoon Fabio made another step, or rather a ‘big step’ in braking. And I was already at the limit. That’s...
22 hours 9 min ago