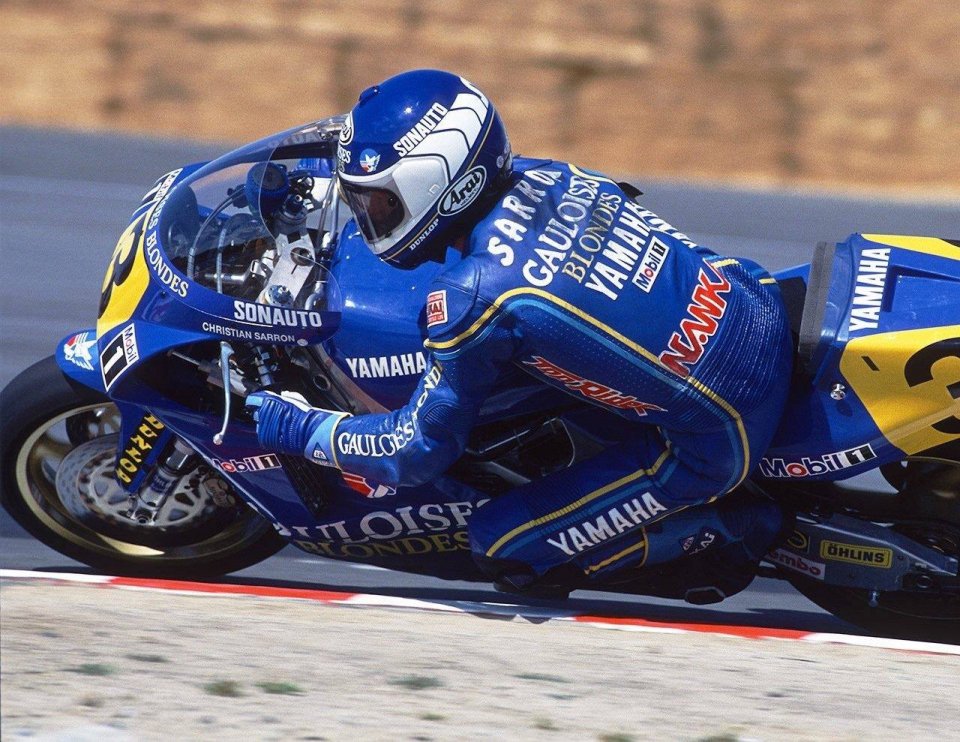 With Fabio Quartararo, France finally has its first-ever world champion in the premier class, but anyone who thinks that our cousins ​​from beyond the Alps have not been well represented in the large engine capacity categories is wrong.

In fact, when the 500cc category was considered the premier class, it was overtaken by Formula 750, with its super-powerful two-stroke four-cylinder engines which then, ironically - when Yamaha with the 750 TZ became dominant in the series - decreed its end.

Barry Sheene was one of the first protagonists, in 1973, but it was only in the last three seasons, that the fight really exploded: American Steve Baker won it in 1977, then it was the turn of Venezuelan Johnny Cecotto and then Patrick Pons, the fastest of the French riders, to triumph.

It can be said that Pons, who was then tragically killed at Silverstone the following year, when he was hit by his friend and compatriot Michel Rougerie, was the first world champion of the maximum engine capacity category and so Fabio Quartararo, last Sunday, has worthily followed in his footsteps.

But while it might be true that in recent seasons the world championship has not produced many French champions - the last one was Johann Zarco who dominated Moto2 in 2015-16 - there have been years in which the Marseillaise has been heard very often on the podium.

Pons' friend and team-mate, Christian Sarron, 250cc world champion in 1984, preceded by Jean-Louis Tournadre in 1982 and Olivier Jacque in 2000, finished third twice in the half-litre world championship, riding a Yamaha 500 with Gauloises colours in 1985 and 1989. Those years were in no way second-rate: there were all the Americans of the post-dominated Kenny Roberts years, from Lawson to Spencer, passing through Mamola, Rainey and Schwantz. Christian, whom we often see in the paddock, won only one Grand Prix, in 1985 at Hockenheim in the wet, where it was very difficult to beat him. 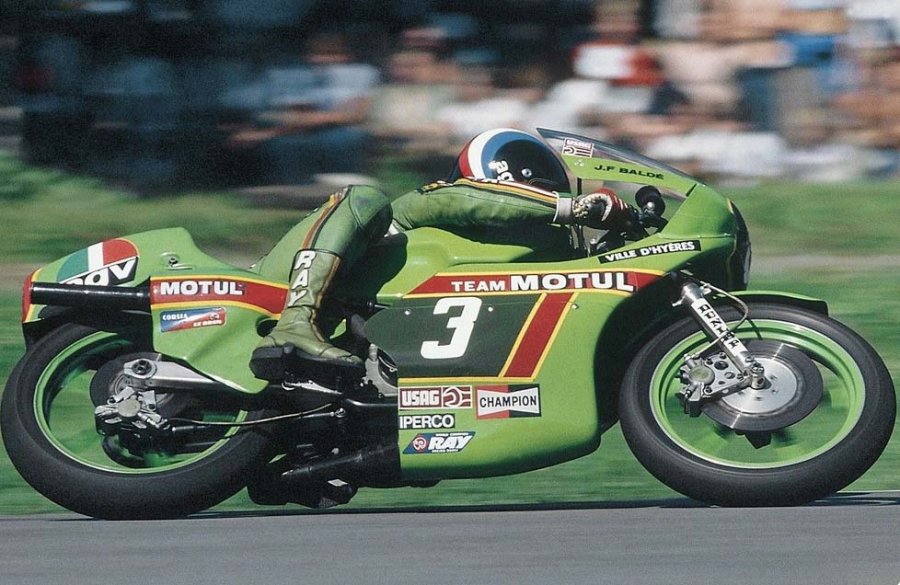 In that era of strong French riders, who were mainly in the 250 and 350 classes, there were loads of them making up more than a third of the grid.

A few names besides Christian's: Hervé Guilleux, Thierry Espie, Eric Saul, Jean Francois Baldé, a unique, very fast rider who raced with the Yamaha-powered Chevallier and the Kawasakis, world championship runner-up in 1981. And by the way: Alain Chevallier, the brilliant chassis builder in 1983 finished second in the world manufacturers’ championship behind the Iwata manufacturer after having mourned, three years earlier, the death of his brother Olivier, a talented rider.

But the list of riders is long: Jacque Bolle, Patrick Fernandez, Jean Luis Guignabodet, Guy Bertin, Bernard Fau, the elegant Christian Estrosi, who then also moved to the 500, always sought after with the beautiful Catherine at his side, invariably enveloped in a cloud of Opium perfume. And by the way: Estrosi is currently none other than mayor of the city of Nice! 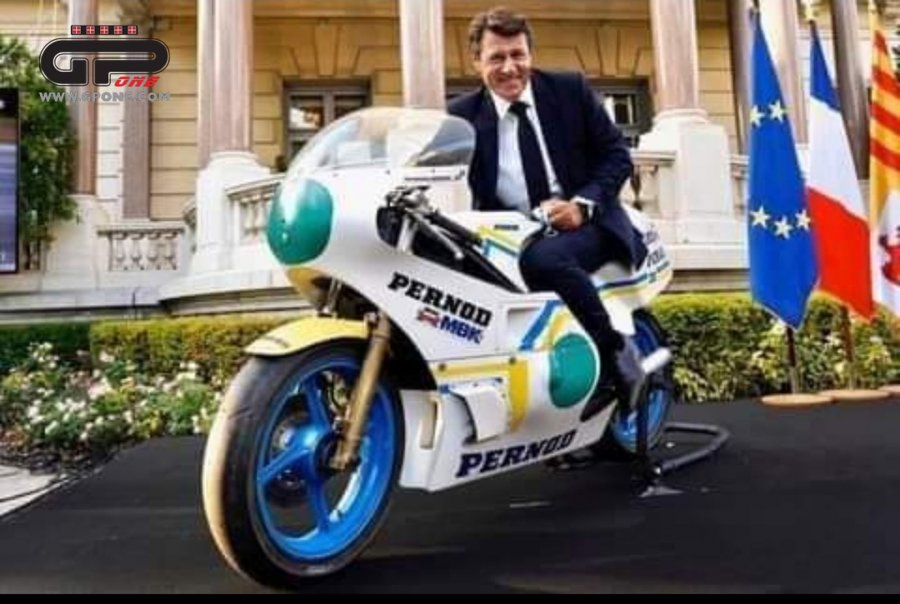 And the number was even bigger: Dominique Sarron, Christian's brother, Sibille - and I apologize if I don't mention them all - there were so many and they formed a close-knit group, like the Spaniards today.

In those ‘80s the French were strong: Raymond Roche, who would later win the World Superbike Championship in 1990 with Ducati, was third in the 500cc World Championship with a Honda behind Lawson and Mamola, not exactly new kids on the block. To find another French champion, SBK had to wait until 2014 with Sylvain Guintoli.

Bit by bit, and we have yet to discover the reasons, the number of French riders decreased, to the point of becoming very rare. Arnaud Vincent won the 125cc World Championship in 2002, Mike di Meglio did the same in 2008, both riding an Aprilia.

These are the ones I remember, but I cannot fail to mention Alain Michel, even though to win his world title with his LCR Krauser in 1990 he needed three wheels and the company of Simon Birchall and Jean-Marc Fresc in the ‘basket’. Moreover the sidecar category formed part of the liturgy of the world championship for a long time when we proudly declared ourselves as belonging to the Continental Circus!. 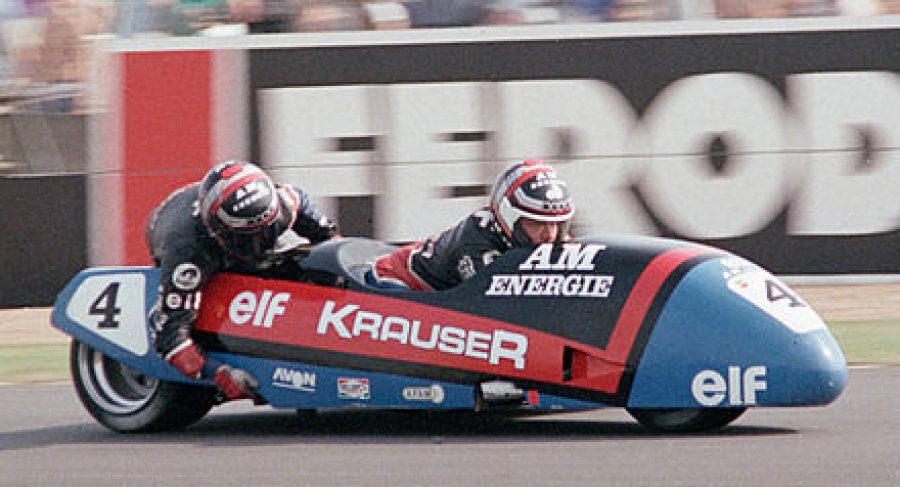 Photos from the Internet, unknown authors.