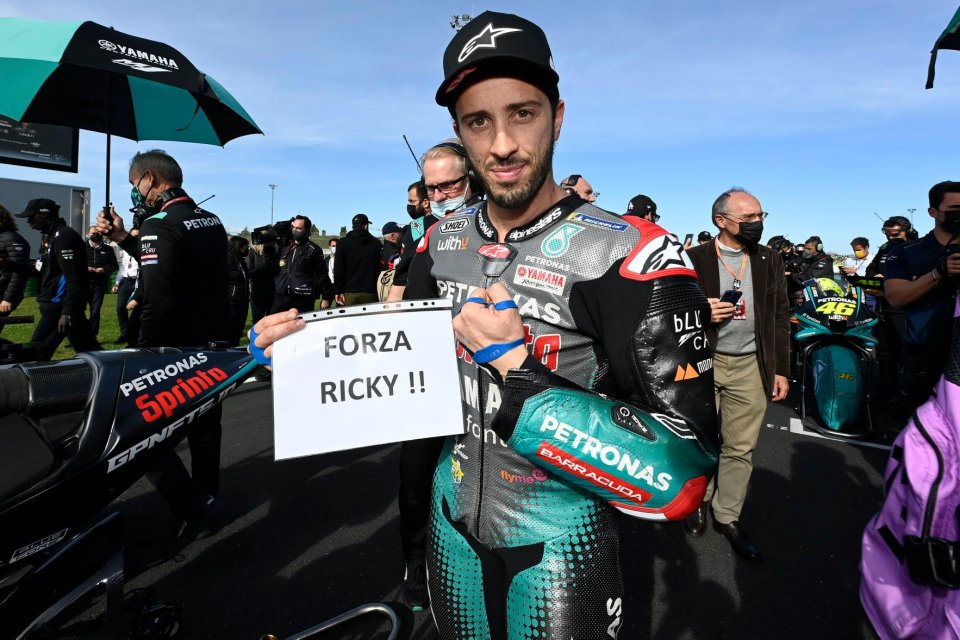 Just one look at his face is enough to understand that something did not go according to plan. It was a bitter Misano for Andrea Dovizioso, forced to console himself with thirteenth place, more than 40 seconds behind Marc Marquez's Honda. The expectations of the man from Forlì in his home race were different, but unfortunately the Petronas rider found himself fighting with his M1, without finding the right path to follow.

"To tell the truth, I didn't understand much in this race - he began - from the start I was lacking the right confidence on the bike, in fact I was struggling. However, I consider it an important race in terms of experience for the future ”.

Andrea explained the difficulties that emerged on the Riviera track.

“At the start of the race I didn't have any speed and I needed more traction. I also couldn't be as smooth as I wanted, in fact I was fighting with the M1 to find the right feelings in the saddle. I'm really disappointed about this weekend: on the one hand the weather conditions were weighing on me, on the other I couldn't make that step forward I wanted after Austin ".

The Forlì rider then went into more detail about the problems he had, in comparison with Quartararo.

“On tracks like these, where you need acceleration out of slow corners, if you don't ride like Quartararo, you struggle. Fabio makes the difference in braking, even if it is true that our bike is different from his. Unfortunately, here at Misano, when I entered the corner I did not have the right speed, in fact I was losing time ”.

While Dovi was forced to lick his wounds, Fabio Quartararo was celebrating his first MotoGP title at Misano…

“I am happy for him, I think he has done something really amazing in this 2021 season and the title is deserved. Fabio worked well in the tests, also masking any limitations that emerged with the Yamaha. He was consistent, because thanks to his style he always proved to be fast in every situation. You can see it in fact: he brakes late and is good at turning the bike quickly. He has the merit of making a complicated thing simple ”.

Finally, Andrea was asked if there was anything to worry about for the future or not…

“No, not worry, because the 2022 World Championship does not start tomorrow. If it were to start tomorrow I would have given the opposite answer. What I can say is that we still have time to work, grow and improve, considering that next year I'll have another bike. "