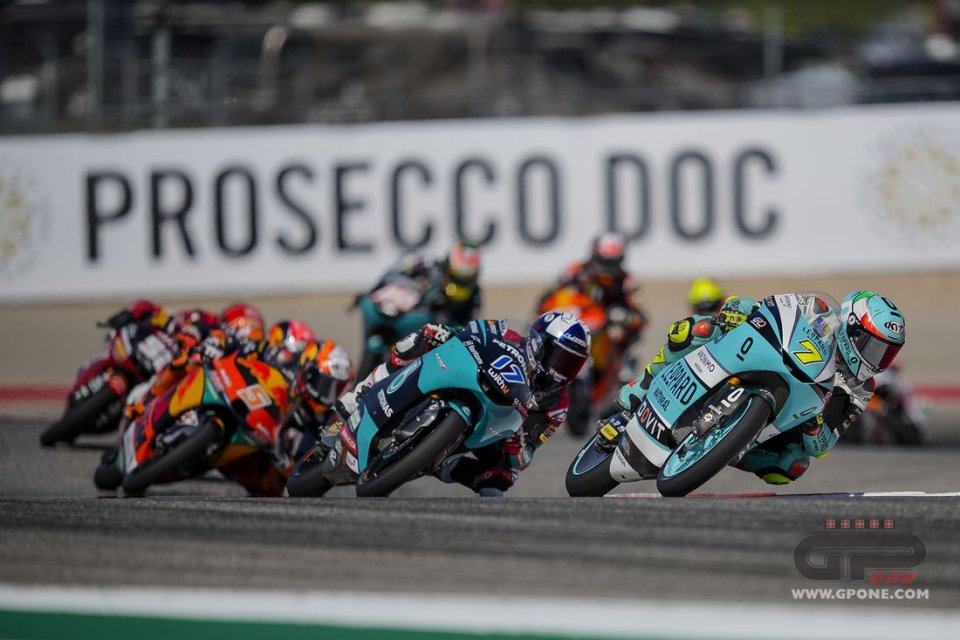 Warm Up Sessions for the Moto3 and Moto2 Classes

The duration of Sunday warm up sessions for these classes is reduced to ten minutes per session.

The minimum age for participation in the Moto3 and Moto2 classes is increased from 16 to 18 years.

The maximum number of riders permitted in the Moto3 class is limited to 30 contracted entries plus two wild cards.

Previously, if any engine subject to technical scrutiny was substituted or rebuilt, manufacturers were required to wait for the results of scrutineering (a maximum of 45 days) before being able to use the substituted/rebuilt engine as part of their allocation. Manufacturers are now permitted to rebuild or substitute an engine immediately after scrutineering, without waiting for approval. However, if an engine is found to not comply with regulations, any penalty awarded will also apply to events where that substituted or rebuilt engine has been used.

Furthermore, the combined mileage of the checked engine and its substitute will be a maximum of 2,800 km.

For reasons of safety during preparation, Teams will now be permitted to prepare three approved fuel tanks for each machine. In order to have sufficient time to safely prepare three fuel tanks for the race, the declaration time of official ambient temperature and the assignment of a technical scrutineer to the teams has been changed to 90 minutes before race start, from the current 75 minutes. The officially supplied and approved containers will remain as two, and one will be reused to fill the third fuel tank.

Due mainly to the use by teams of larger brake disks at more circuits, the maximum price for the MotoGP class brake package has been increased from €70,000 to €80,000.

It has also been agreed with Brembo, who are the exclusive suppliers, that there may be small variations to the composition of components supplied. The details in the regulations are to be adjusted accordingly following discussion and prior approval with MSMA.

Revised allocations of tyres for tests have been agreed between Michelin, Dorna and IRTA.