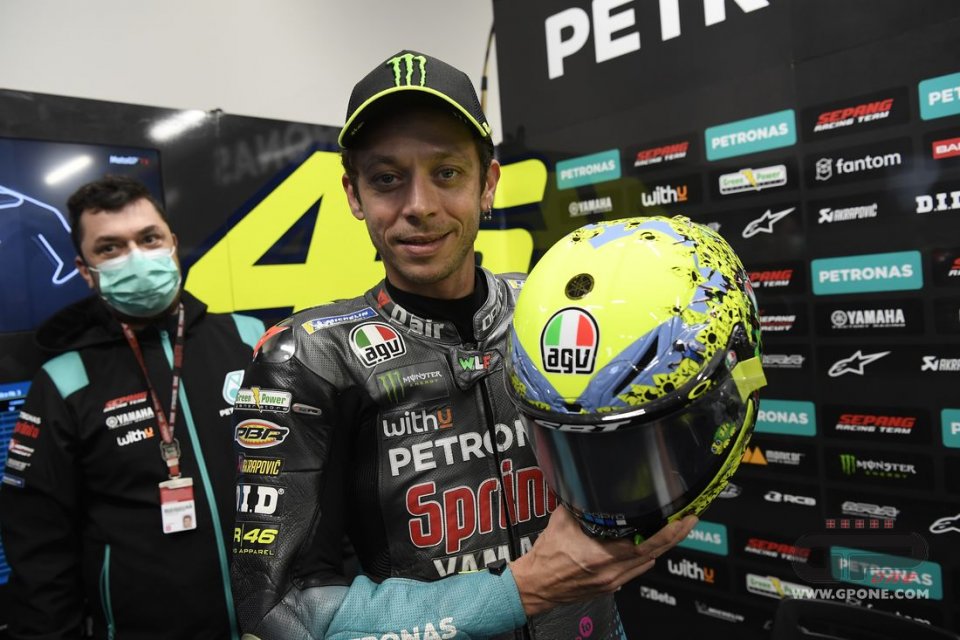 A big yellow heart dedicated to his fans. Valentino Rossi has unveiled the special graphics (made as always by Aldo Drudi) for the helmet he will use in his final Grand Prix at Misano. The yellow throng of fans have been following him faithfully for 26 years and the Doctor wanted to celebrate with them in this way.

So his helmet is his symbolic colour yellow and around a heart there are the flags of his fans with the sun and the moon. In this way Valentino will take with him all the affection of the people who have cheered and supported him all these years. 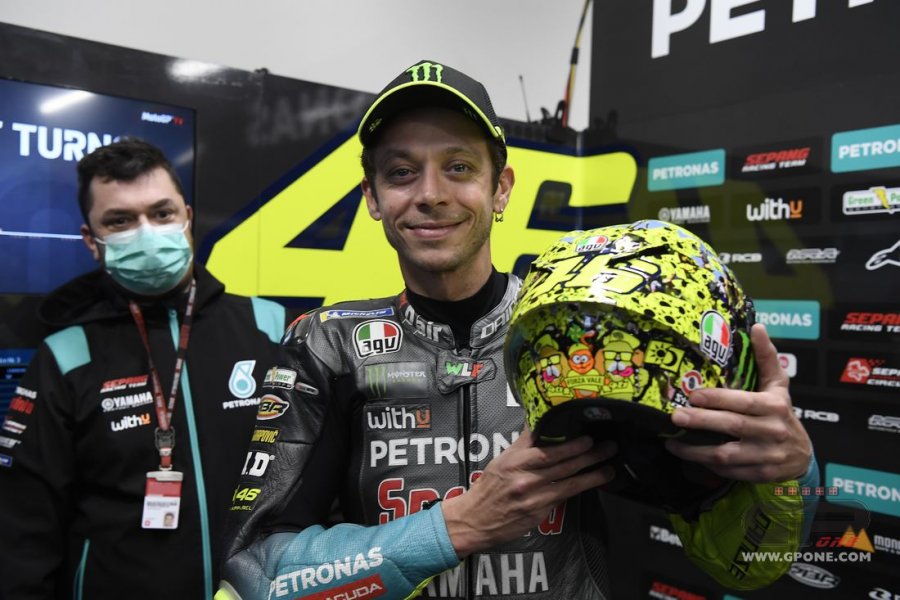 “We worked on the graphics starting from a photo by Gigi Soldano of the grandstand of the Misano1 GP, so the fans will be able to recognize themselves,” said Drudi.

Cheering for Vale are also his four-legged friends, with a cat and two dogs in fan outfit.