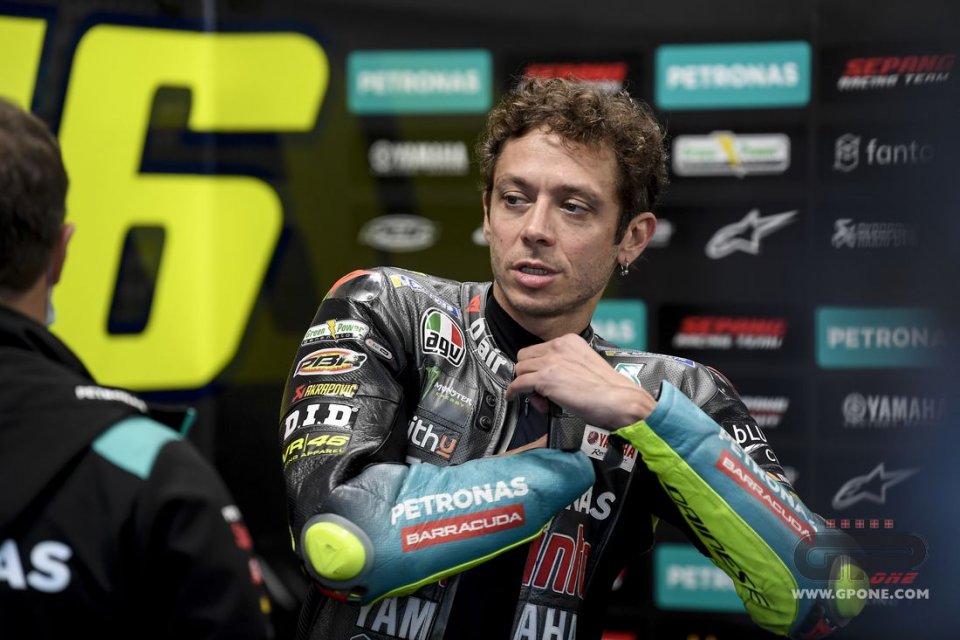 This Grand Prix is ​​a concentrate of emotions for Valentino. It will be his last ever appearance at Misano, on his home track, but it is also a sad moment, the tenth anniversary of the death of Marco Simoncelli. This afternoon a beautiful oak tree was dedicated to Marco, planted on the hill in the centre of the circuit.

"It's been 10 years already ... on the one hand I feel that it was a long time ago, on the other I seem to have seen Marco for the last time only a few months ago - said Rossi - I will always remember that day in Malaysia, one of the worst moments of my life. I was locked in my office, with Uccio and Max, and I was wondering how I was going to continue. After that it was even worse, because we all lost a great rider, but I also lost a good friend with whom I spent a lot of time together ”.

However, the memory of Sic has never faded and is renewed every day…

After that tragedy, Valentino found the strength to continue, until this year. Three more races, then his days as a racer will end.

“On the one hand it is difficult to race at Misano, tomorrow will be a very exciting moment - he confessed - I am happy to be able to greet all my fans and I wanted to thank them with my helmet for the race. I think it will be my last special graphic design, we don't plan to do another one for Valencia, maybe we'll invent something different. "

The only regret is that he will start from last position…

"Too bad Savadori got hurt, maybe I could have fought it out with him - joked the Doctor - In those conditions, with wet asphalt, it takes a lot of heart and courage to push with slicks and I didn't feel comfortable, I didn't have good sensations either with the bike or with the tyres. I hope tomorrow is sunny, I will be able to do a bit better ".

However, family honour is in good hands, with Luca Marini starting from the front row for the first time in MotoGP.

“He was fantastic, I am very proud of him and happy - his brother congratulated him - He had already ridden well yesterday and today he did a wonderful lap. Starting from the front row is a great result for a rookie, the first year is always difficult but strong riders have flashes [of brilliance]. It is an important result, also for his future, he needed it after a season in which he has struggled. Next year he will be involved in a high level project with us, he will have a good bike and people who have worked with me, I think he has the speed and the talent to do well. "