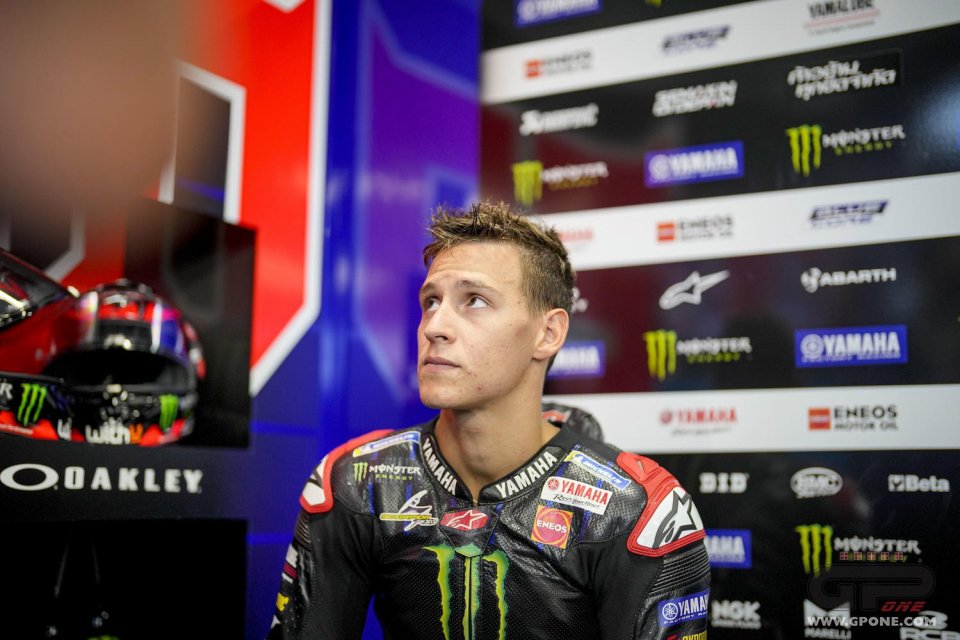 When the going gets tough, you also have to start racing with your head, and Fabio Quartararo knows it well. Yamaha’s rider from France arrives at Misano knowing that he could become world champion on Sunday. There are many combinations. The simplest being to reach the finish line before Bagnaia.

In any case, the 52-point advantage over the Ducati rider is enough to be able to manage the weekend, even at the cost of postponing the party in Portimão. Not that Fabio is a rider who likes to play defense but, for once, the end could justify the means.

“Austin was a really tough but rewarding race,” he said, remembering the last Grand Prix. "That second place was fantastic for the championship, especially since there are only three GPs left.”

And then there’s Misano.

“For this final part, my mentality has changed a bit,”  he admits. “The last time we were in Misano, I raced for the win, and I wasn’t thinking about the championship at all. Of course, I’ll still do my best, as always, to get the best possible result this weekend, because that’s what I like best, but I’ll try to be smart.”

The Italian GP will also be special for Franco Morbidelli, who’s still struggling with his knee, after undergoing surgery this summer.

“The Austin race was really tough, especially since the circuit was very demanding for my injured knee,” he explained. “The two weeks without races allowed me to give my leg some rest, so now I’ll be starting the next Grand Prix in better shape, more than when I finished the previous one. We made good progress during the Misano tests in September. We took a big step forward and greatly improved my sensations with the bike on this track, so I can’t wait to continue working in this direction this weekend.”

The third brand of Pierer Mobility AG together with Husqvarna and KTM might arrive in the French satellite team that will compete with Pol Espargarò...
16 hours 39 min ago

Additional checks revealed Lowes also suffered a small fracture to the top of his left humerus bone and he has commenced an intensive rehabilitation...
1 day 16 hours ago

British Superbike has not forgotten about Gino Rea, who is still sedated in Japan after a crash during free practice at the Suzuka 8 Hours and began...
1 day 17 hours ago