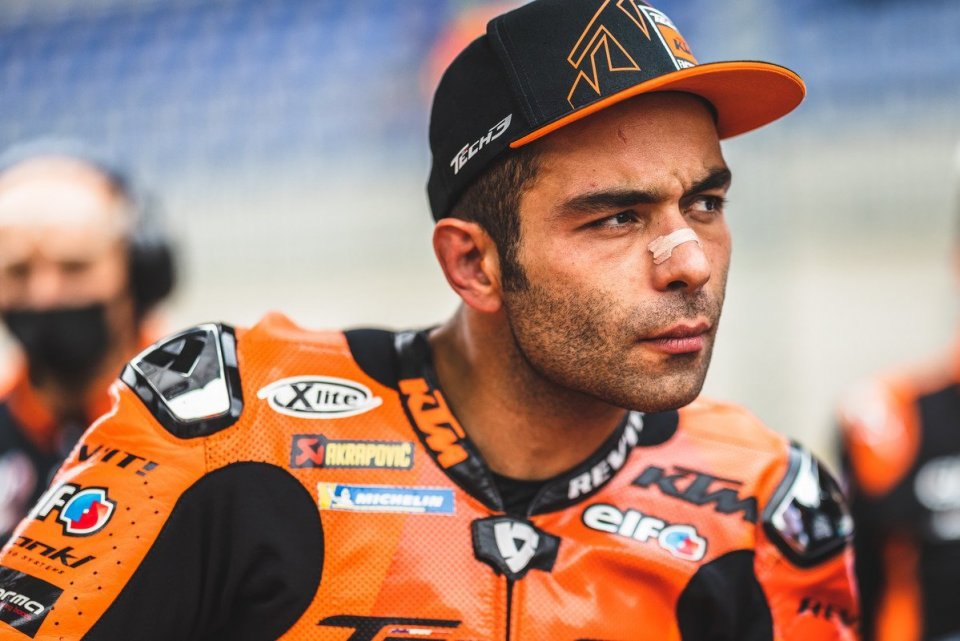 Between past, present and future. Misano brings back memories and emotions resurface, like the podium he obtained in 2017, even though the only solution is to look ahead. Danilo Petrucci is fully aware of this situation and in recent weeks he has been laying the foundations for his future. As everyone knows, the Dakar with KTM awaits him in 2022, but there could be a last-minute surprise, seeing as Ducati has offered him the Panigale V4 in MotoAmerica left free by Loris Baz.

"I only recently heard about this MotoAmerica thing, it's an idea - commented Petrucci - first I have to talk to KTM, since we already have a long-term project and in the end MotoAmerica excludes the Dakar and vice versa. So I will have to evaluate everything”.

The Tech3 rider was then pressed further on the subject.

“These are two things that I really like on a human level. On the one hand there is the Dakar, on the other hand MotoAmerica, which would lead me to change my life and live in another country. For sure, either I do one thing or the other, since both projects are supported by manufacturers, so I can't go around in an orange and red t-shirt - he joked – So we will have to see what happens ”.

Meanwhile, tomorrow's will be his last Misano in MotoGP and Danilo does not hide his emotions.

“I would have liked to have fought for better positions, but I will still try to do my best. This will be one of the first emotions I will experience from here to the last race in Valencia. Let's say that in this last month I will experience a mix of emotions because I will miss all of this a lot. I still remember my 2017 podium today, an unforgettable moment ".

He then turned to tomorrow’s race, where Danilo will start from the ninth spot, despite a crash that slowed him down in qualifying.

“Today I crashed at turn six and that is a really tricky stretch. It was a pretty dangerous situation, as you don't even see the yellow flags being displayed, which happened to Dixon with Vierge in Moto2. Fortunately, starting next year, there will be a device that will report the crashes of riders in front on the dashboard. Apart from that, I am quite satisfied with my day, given that the result in qualifying is not bad ”.

He had one last consideration about the crash.

"Today there was very little grip on the left side and the tyres weren't particularly warm when you find yourself facing some corners like turn 6. I approached the first sector as if it were completely dry, but leaning over to the left I crashed to the ground. I would have liked to have done better, as I know I can be competitive in the wet. So we'll see tomorrow. In the race there will be many riders who will come up from behind, like Quartararo for example, but I will try to resist and get as many points as possible ”.