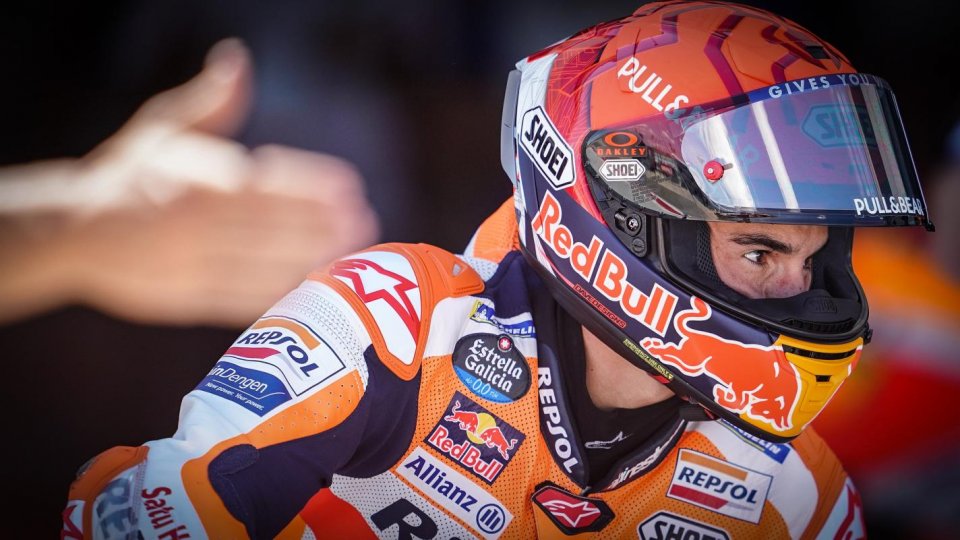 The Misano race is when everyone will say farewell Valentino Rossi, and the spectators will definitely be filled with emotion. We’ve recently read many messages from all his fans, as well as from professionals in the field: mechanics, engineers, managers and, above all, many riders.

One of these was  Marc Marquez who, during the press conference on Friday, wanted to renew his words of praise for the rider who has been his greatest rival.

“This is definitely a special weekend for him,” he said. “Valentino has done something unique for the racing world, and I don’t think anyone else will be able to repeat it. As we all know, there have been many riders who have given a lot to motorcycling, winning races, but, besides this, Valentino has been able to attract many people to our sport.”

According to the Phenomenon, #46's memory will remain indelible.
“He and I have been direct rivals in the past,” he recalled. “I don’t have a good relationship with him now, and I’ll admit that without a problem. But he’s to be admired for what he’s done. I’m convinced that, even without him on the track in 2022, the yellow will not disappear from the stands. There will probably be less, but it’ll still be present, and maybe even in large part, perhaps more than half.”

Rossi’s words almost overshadow the Misano Friday, where #93 finished 14th in conditions that were definitely not easy.
“Unfortunately, the strategy didn’t go according to plan,” he said. “At first, I didn’t feel right, so I got on the other bike, which had a different set-up. So we wasted time trying to find the right condition. I’m usually fast when it’s wet, but the situation is slightly different here at Misano. In fact, I detect the competitiveness. We have to figure out how to act, even if a fourteenth position doesn’t correspond to our potential. One of the points to focus on is the rear, where we struggle more than we should. But I’m satisfied, because I’m more confident when it’s less wet.”

He also talks about the change in regulations.
“I think it’s a good change. After what happened this year, it was time to intervene and change things. I entered the MotoGP early, but I don’t share the mentality that, if you don’t get into the top class at twenty, that means a rider is scarce. Obviously, you can make mistakes even when you’re twenty-three or twenty-four years old, but the mistakes made by a fourteen-year-old aren’t hardly replicated later, since  you acquire maturity and experience.”

So Marc is already focused on Saturday where he’ll be starting from today’s 14th position.
“In the FP2, we worked on both available frames, but it was difficult to understand the right sensations on a wet track. I have the data of the tests carried out here a month ago when it was dry, which will surely come in handy. We’ll, therefore, see how to act tomorrow, in order to be immediately competitive in the FP3. Certainly, Saturday morning will be important to get straight into the Q2.”