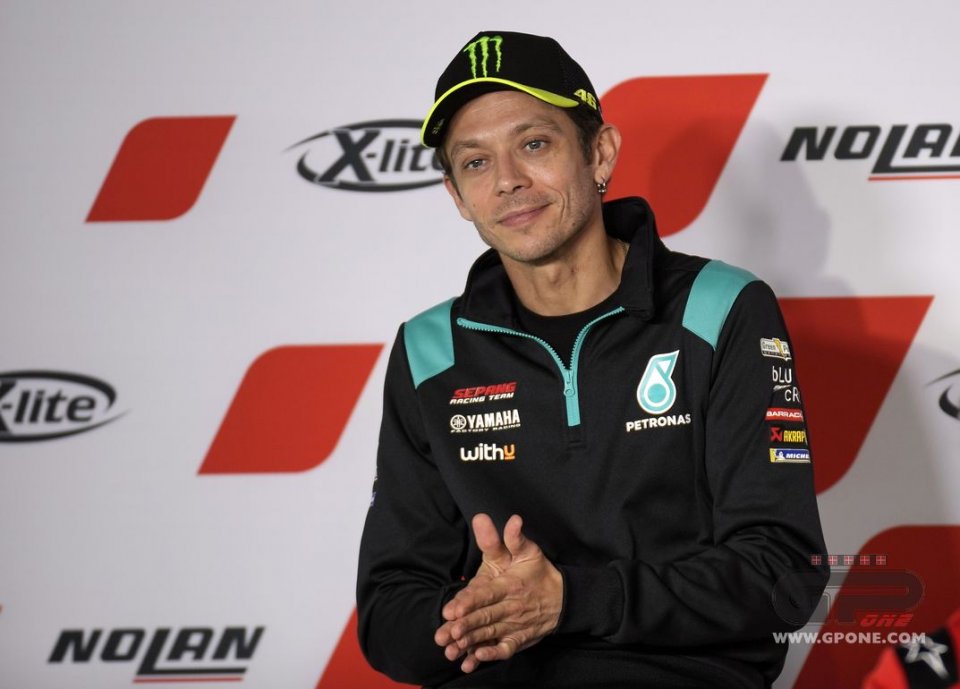 On Sunday, in Misano, Valentino Rossi will compete in his 430th career Grand Prix, the last one in Italy before his retirement. The Doctor is the last of the riders still in business to have raced with the 500s, bikes that have remained legendary for every fan. Just today, Stoner said how the introduction of 4-strokes in the world championship made riding 'easier' and therefore less exciting.

The only one who can certify this opinion is Valentino himself…

“I raced with Casey during all his years in MotoGP, where he showed that he had an incredible natural talent from the start. I was happy to have fought with him, one of the fastest and wildest riders in history - he acknowledged the Australian’s merits - As for the diatribe between 2 and 4 strokes, we could stay here and talk about it for a long time. It is clear that the 2-strokes had a great appeal for both the fans and the riders, starting with the noise, they were more racing bikes. But at a certain point the world changed, it was a shock for all the riders, because we loved the 500s, even though when you pushed them to the limit you never felt completely at ease, in acceleration they were dangerous ”.

“The 500s have remained in my heart, but I like them anyway, they are more controllable, but also incredibly fast. In the end it is the normal evolution of things ”.

Everything comes to an end, even your adventure in the world championship is about to do so.

"It's a bit strange, also because it's the second GP here, but we've got used to it in the last year. For me it will be a great opportunity to salute all the Italian fans. Mine has been a long story and I have to thank all my fans because I have had and still have incredible support, all over the world. I have always given my best, we had a lot of fun together. Sunday will be exciting, but there will be two more races left. When you get to the end you always feel a little sad, but we'll still have fun".

You said in an interview that you were a bit paranoid thinking about Valencia….

“That's not the case, they extrapolated a part of it. I didn't use that term in a negative sense, first of all, and then I simply explained that in Austria, after I announced my retirement, I was still focused because I still had half a season left to race. I already knew that in Valencia it would be different, it will be my last time on the grid, but I haven't changed my mind anyway: I will retire (laughs) ”.

What will these 26 years of racing leave you?

“When you do sport since childhood you learn a lot, lessons that you also need for your normal life. You're on your own on the bike, but ours is also a team sport and I learned to work with others, all those people made me grow, made me stronger and smarter ”.

How do you face these latest races?

“I have so many things to do, everyone wants to organize something, and it's not always easy to manage the situation. But when you get on a MotoGP bike you have to be concentrated, I’m not thinking I'll be racing for the last time in Misano, but that it will be another race. In which I want to be competitive and stay in the top 10 ".

On Sunday Quartararo will have his first match point for the title, what advice do you feel you can give to him and Bagnaia?

“Fabio will want to end the championship as soon as possible, the longer things go on the harder they become. My advice for Pecco is to do as in the first race at Misano: pole position and victory, it seems to me the best thing to say (laughs). It will be a great challenge and both of them deserve to experience it. Too bad that Pecco lost a few points along the way, otherwise it would have been even more fun ”.

Next year you will still be in MotoGP with your team, what do you say to the rumours that put Brivio as team manager?

“I have a good relationship with Davide, he was the person who convinced me to sign for Yamaha in 2004 and I shared the best moments of my career with him. I really like the way he works, for me he is the best team manager in the paddock and he can make a difference, as happened in Suzuki. Having said that, we haven't talked about his future and if he returns to MotoGP he won't do it with my team. We have other programs ”.

Valentino Rossi is a dad! Welcome to the world, Giulietta Rossi.