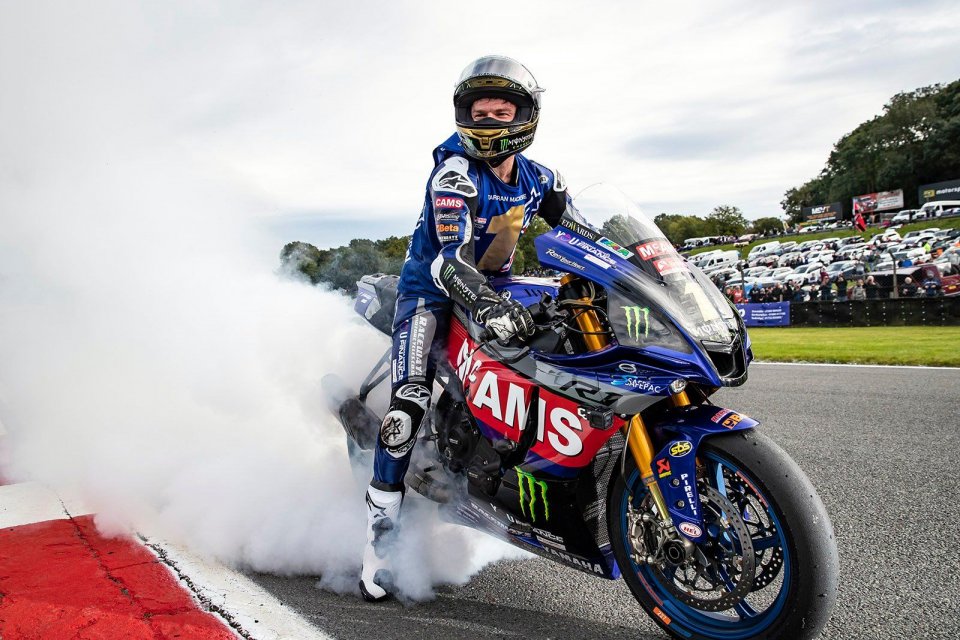 Tarran Mackenzie vs Tommy Bridewell again, the same epilogue of the previous two races, albeit just as electrifying regarding the show on the ups and downs of Brands Hatch. In an uninfluential Race 3 for the purposes of the championship that saw a big accident for Christian Iddon and Danny Buchan (luckily both OK), and free from pressure, the new 2021 BSB champ (read HERE) wrapped up his season in the best way, scoring a hat-trick by just 126 thousandths following yet another terrific  dual against the MotoRapido Ducati rider, who consoled himself with an overall second place in the standings.

After switching for the occasion from his classic number #95 to the celebratory golden #1 on the fairing of his McAMS-branded YZF-R1 (similar to what Josh Brookes did in 2015 and Leon Haslam in 2018), once the Ducati man had given vent to his aggression for long stretches of the race, Niall’s son made a first attempt on lap 16, then found the right opening at Paddock Hill Bend at the start of the final lap. With his tenth win of the season, Mackenzie was able to celebrate the title he had just achieved, while Bridewell secured the runner-up slot to the detriment of Jason O'Halloran (3rd at the finish line).

Despite the podium, the Australian was undoubtedly the big disappointment of the season: after dominating the Regular Season with 11 victories to his credit, he then wasted all the advantage in Showdown, finishing in third place 40 points behind his teammate (before the Showdown he was 30 points up ...). The same goes for 2020 Champion Josh Brookes (VisionTrack PBM Ducati), fourth in Race 3, but never able to defend the crown won last year due to various vicissitudes. Taking a look at the Rider's Cup, Lee Jackson (FS-3 Racing Kawasaki) picked up the consolation prize for ninth place in the championship. While waiting to see what will happen in the future of the new Champion Tarran Mackenzie, rumours are going around about the possible interest of Borgo Panigale for the category’s world championship, while riders and teams are already turned to 2022. First round scheduled for next April 16-17 at Silverstone. 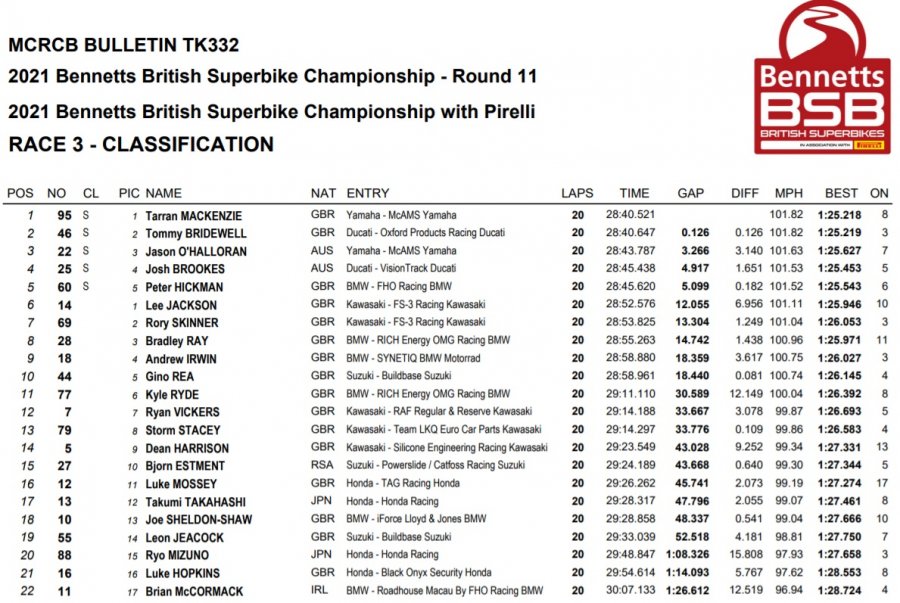 Martin: "I’m think about the title, but I want to win some GPs, starting...