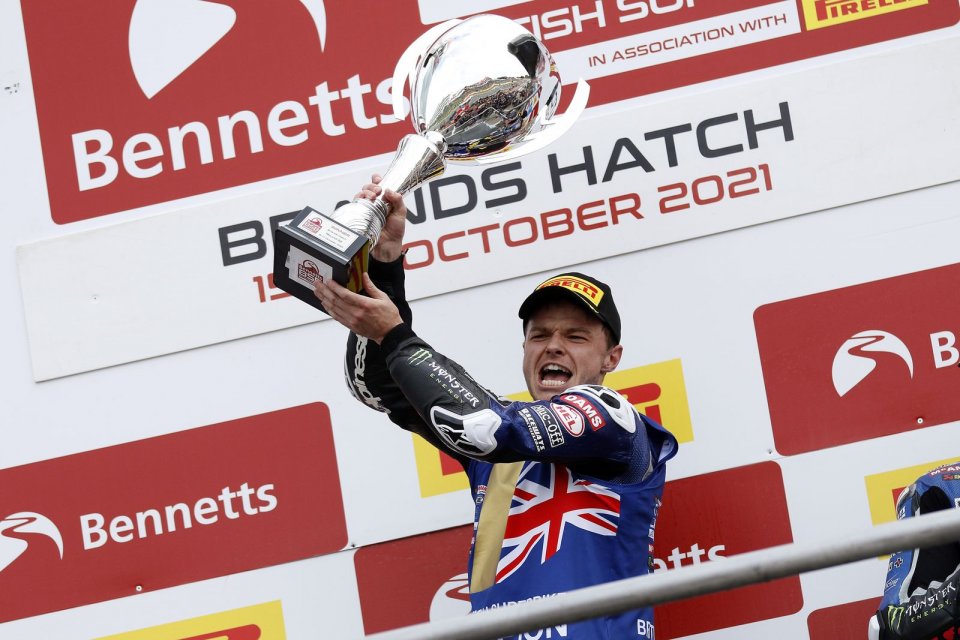 In an exciting epilogue, full of uncertainty up to a few meters from the chequered flag, Tarran Mackenzie became the 2021 British Superbike Champion on the ups and downs of the historic Brands Hatch track. At the end of a sparkling Race 2 in which he had to contend again against Tommy Bridewell, in one fell swoop the McAMS Yamaha man took his personal double by only 87 thousandths and the title, launching the decisive attack at Clarke Curve on the last lap. With his ninth win of the season as well as his first career laurel in the top class of the British series, Niall’s son thus repeated the feat of his father Niall 23 years on.

In a race conditioned at times by the presence of a few drops of rain, Saturday’s scenario was repeated right from the start, with the MotoRapido Ducati rider the only one able to stand up to the Scotsman. After an early necessary study phase, the battle was decided only in the final laps, when both men produced an old-style duel like the past with no holds barred in pure BSB style with a double (possible) scenario: in case of victory of Bridewell the championship outcome would have been settled in the next Race 3, otherwise it was early celebrations for Mackenzie. Although he had to break into a bit of a sweat, Tarran succeeded in his intent, edging out the Ducati rider in the sprint finish.

Between past, present and future

As we wait for the third race scheduled in the late afternoon, for the 2016 British SuperSport 600 Champion this represents the definitive consecration in a 2021 in which he did not start as favourite. Although often away from the spotlight unlike Jason O'Halloran (3rd in Race 2 ahead of Christian Iddon), and dominator of the Regular Season, the decisive change of pace then came in the Showdown, alongside the misadventures of his teammate. In his fourth season in BSB together with Steve Rodgers’ team, at the same time the title achieved brings the Mackenzie family back to the top in the UK following the triumphs of father Niall in the three-year period 1996-98. And now? Leaving aside the possibility of staying to defend the title, despite the fact that there don’t seem to be any seats available in the World Championship (especially at Yamaha ...), in the last few hours the rumours of a possible interest by Borgo Panigale are intensifying. The next few weeks will be crucial. 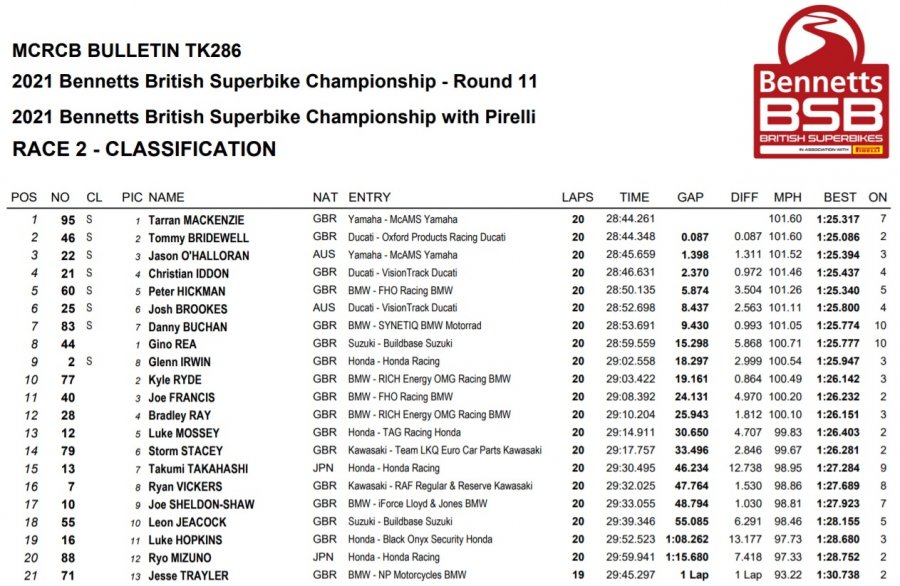