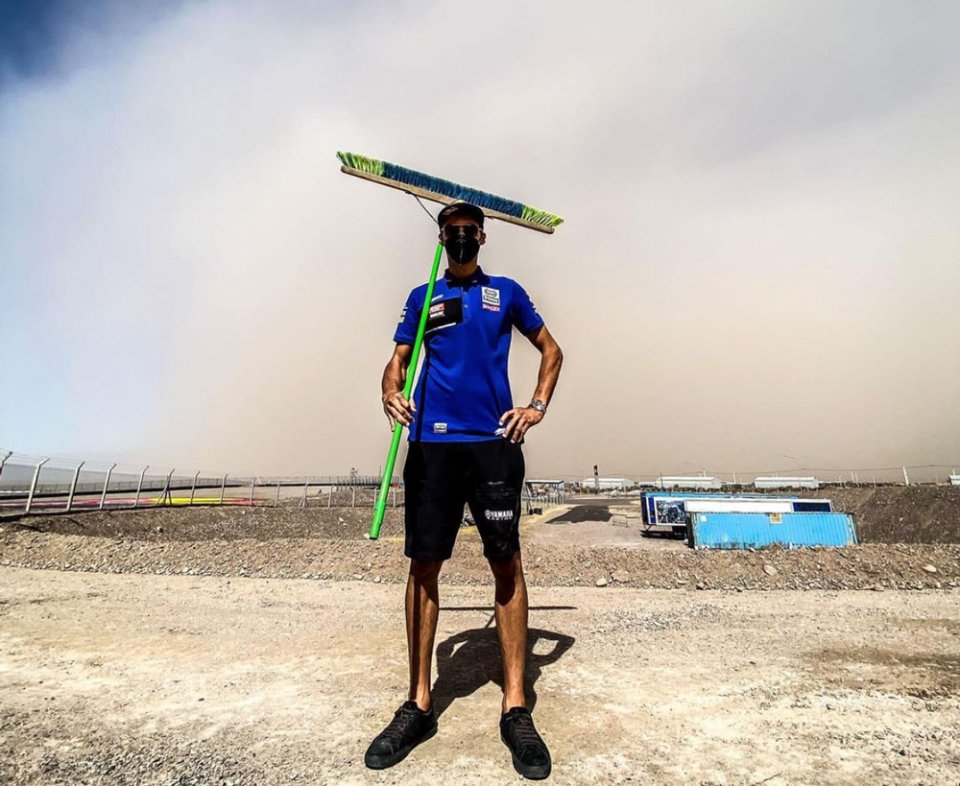 Toprak seems to have taken a liking to the gag, after cleaning up the 'green' at Portimao (repossessed by Rea with a bornout) now the Turk does it again in Argentina

Toprak Razgatlioglu: an acrobat in the name of his father, "Tek Teker...

Rea dirties with a bornout the 'green' that Razgatlioglu had cleaned