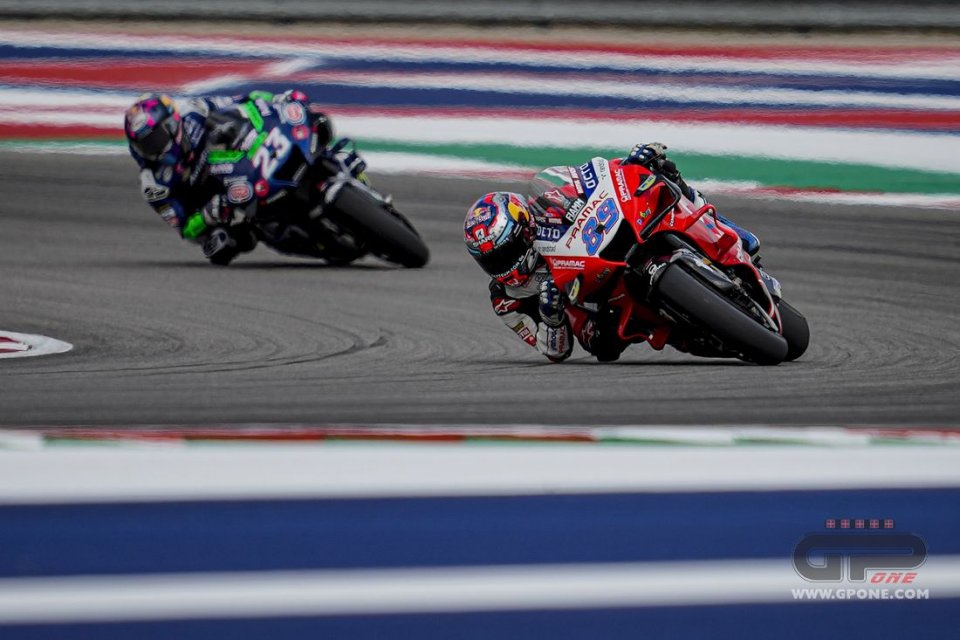 There is one title that Ducati knew one of its riders would win even before the start of the season, that of Rookie of the Year. All the rookies in MotoGP in 2021 are in fact riding Borgo Panigale bikes and right from the start it was clear that there was going to be some fun, with the reigning Moto2 world champion Bastianini, runner-up Marini and a talent like Martin.

In this challenge, the Spaniard started off with an advantage, as he was able to use the latest version of the Desmosedici, but Jorge also made his personal contribution. He set pole position in the second race in Qatar and then repeated the feat in the two races at the Red Bull Ring. Martin, however, was not only fast on the flying lap, stepping onto the podium in Losail and then winning the Styrian GP (with a 3rd place on the same circuit the following Sunday). The only flaw in his season was a bad crash in Portimao, which caused him to miss 4 races and which still has some consequences. Having paid a high price for inexperience, Jorge has shown that he has not lost his speed, albeit with a few too many highs and lows, which is understandable for a rookie.

In a certain sense, Enea has taken the opposite path. The rider from Rimini also had a good start in Qatar with a top-10 finish in his first race, which he confirmed in Portimao, then he ran into more difficulties. The turning point came at Aragon where, for the first time, he managed to enter Q2 in qualifying. The race gave him a 6th place which he improved in the following GP, at Misano, with his first podium. Another bad qualifying in Austin, but also a comeback that took him up to 6th place.

Bastianini is often the opposite of Martin, he is more comfortable over the distance than on the flying lap, a weak point that he needs to improve and which he has suffered from in recent years. In 2020 he won the Moto2 title starting only 3 times from the front row and without taking any pole position. In MotoGP, however, a good position on the grid is much more important and that is a point to work on. 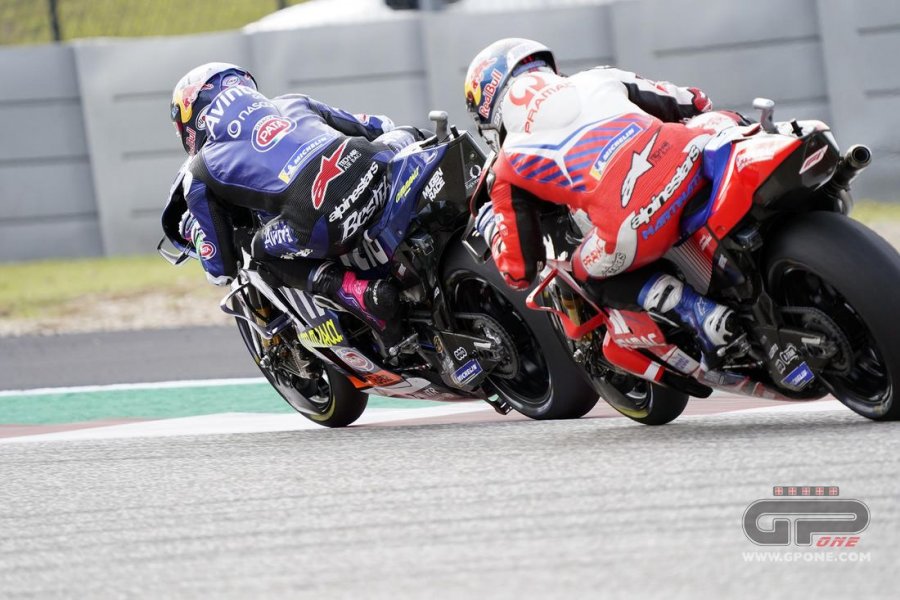 After all, both he and Jorge have two highly experienced and quality crew chiefs. The Spaniard in the Pramac team has Daniele Romagnoli at his side, who was previously with Danilo Petrucci, while the Italian in Avintia can count on Alberto Giribuola, Dovizioso's right-hand man over the years with Ducati. Two top-level technicians, a sign that Ducati immediately was looking carefully at the two youngsters, thinking about the future.

It can be said that Bastianini and Martin have already deserved promotion in their first year of MotoGP, but as mentioned there is a title that is still to be fought for. With three races to go, Jorge is 11 points ahead of Enea, 82 to 71, but the Italian has whittled 39 points away from him in the last 3 GPs.

The technical difference is in favour of the Spaniard, who can count on a 2021 Desmosedici while the Italian rides a 2019 machine with some updates. The tracks, however, are in Bastianini’s favour: Misano is home and where he took his first podium, while at Portimao, as mentioned, Martin did not race. Valencia, on the other hand, will be new for everyone on a MotoGP bike.

All that remains is to conclude with the classic phrase 'may the best man win', with the consoling thought that even in the future we will again be able to see them go head-to-head fighting for something even bigger.

Bastianini: "I take too long to get up to speed, I’ll have to talk to...