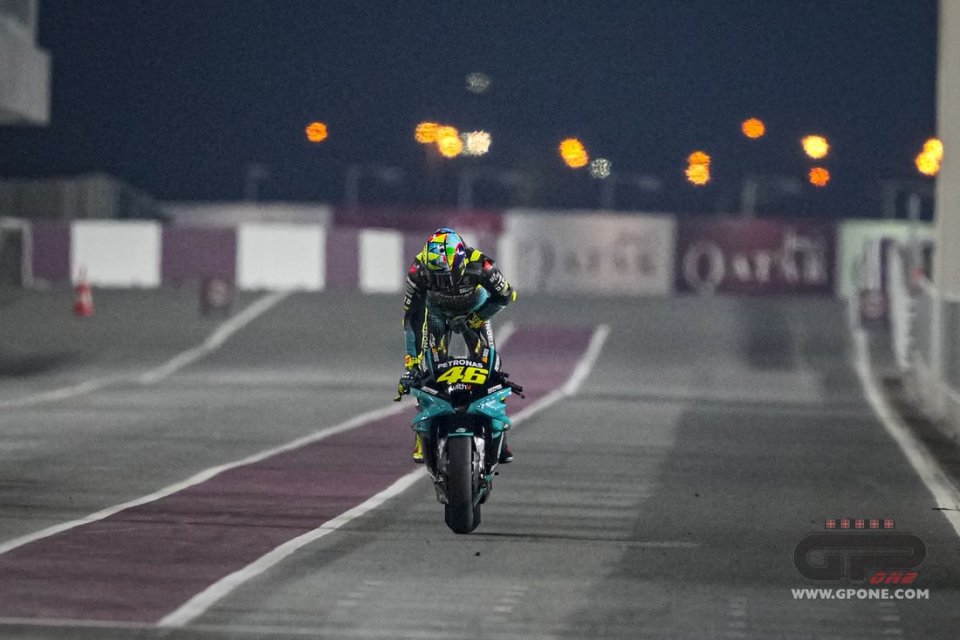 “The first thing I thought about when I learned that the formula one was going to race in Qatar was that there will be more holes,” Franco Morbidelli in Austin joked about the news of the arrival of the Formula 1 in Losail. Riders are rightly jealous of their tracks, and the F1s are famous for creating holes when braking and accelerating that really disturb their two-wheeled colleagues.

The Losail circuit has historically been the kingdom of riders, but it is destined to change, in order to host the top car racing series. To reveal it, as was reported in  the-race.com, was FIA Race Director Michael Masi: “The pitlane entrance will change dramatically for motorcycles.”

They've already begun to adapt the track to the needs of the cars and are almost finished.

“A number of double curbs have been installed, both inside the corners, to prevent the drivers from cutting them, as well as outside,”  Masi explained. “There has also been a significant upgrade for many of the barriers, but the pitlane entrance is the most significant change.”

As for the pits, there was no need to intervene.

We still don’t know what the new design of the entrance to the pits will be. We’ll have to wait and hope it doesn’t also create problems for the riders and cross our fingers so that the curbs return to “normal” when the MotoGP returns to Qatar.

Honda: leaving and winning in Formula 1, staying and losing in MotoGP