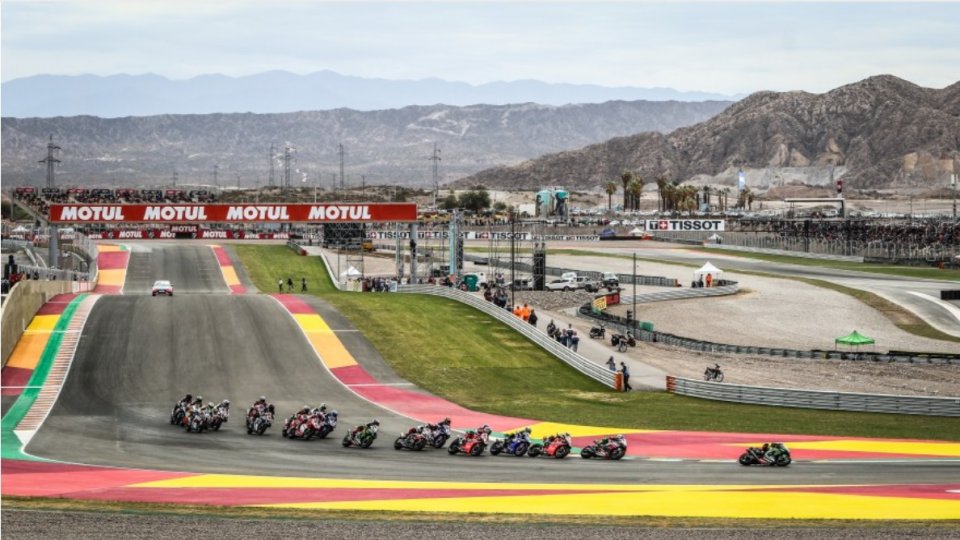 Squid Game is the South Korean survival drama TV series that has become the phenomenon of the moment, to the point of becoming the most viewed TV series ever on Netflix. 456 competitors, who have to tackle six tests, with the aim of taking home a final prize pool worth 45.6 billion won.

The series fits in perfectly in the week in which Superbike is ready to leave for Argentina, where the penultimate round of this season will be staged over the weekend. For the Circus the last few weeks have been troubled and stressful, to say the least, amidst doubts, unknowns and problems that kept the paddock in check. There has been no shortage of outbursts from the people working in SBK themselves, so much so that some teams have seen fit to throw in the towel, opting to stay at home and avoid exposing themselves to non-calculated risks.

In recent weeks the Superbike paddock may not have faced six tests like the participants of Squid Game, but certainly those who worked in the logistics of the teams were put to the test for the starting schedule to be respected without a hitch.

The first test was not to overcome one, two or three stars, but to find quick solutions after the flights were cancelled by the companies or reduced in terms of capacity. Many teams will arrive in Buenos Aires divided: some on Tuesday and some on Wednesday.

Then there was the issue of visas, which obliged all those who had not yet completed the vaccination cycle to be quarantined. In this case, on Friday, a special exemption arrived for the whole Circus, because otherwise it was necessary to count the numbers of how many would have been on the track over the weekend.

Meanwhile, today and tomorrow, the Superbike Circus will leave for Argentina, where the trip will enter its crucial phase. There are those who will fly from Madrid and those from Amsterdam to Buenos Aires. From there, there will then be internal flights to San Juan and Mendoza. Afterwards, the transfer to reach the circuit and hotel is scheduled. Speaking over the past few days with some of the managers there is a lot of concern among them: "Maybe we will arrive in Buenos Aires and we will all stop there. Let's hope not, but really anything can happen on this trip”. Some others, like Manuel Puccetti, added without putting too fine a point on it: “We are playing with fire, because we risk finding ourselves with half the grid empty in Argentina”.

While in Squid Game the goal is to take home the final prize pool of 45.6 billion won, for Superbike it will be to have the whole grid complete when free practice starts on Friday. Unfortunately, you don’t win any money here, but the risk is to lose it in the event of problems such as last-minute flight cancellations.

Obviously we can only cross our fingers for all those who will travel to South America between today and tomorrow, in the hope that everything will go according to plan without a hitch related to viruses, quarantine and flight cancellations. But we ask ourselves one thing: was it really that necessary to go to Argentina for this championship finale?

We remind you that in Squid Game, with 51% of the votes among the competitors, you could freely abandon the game…