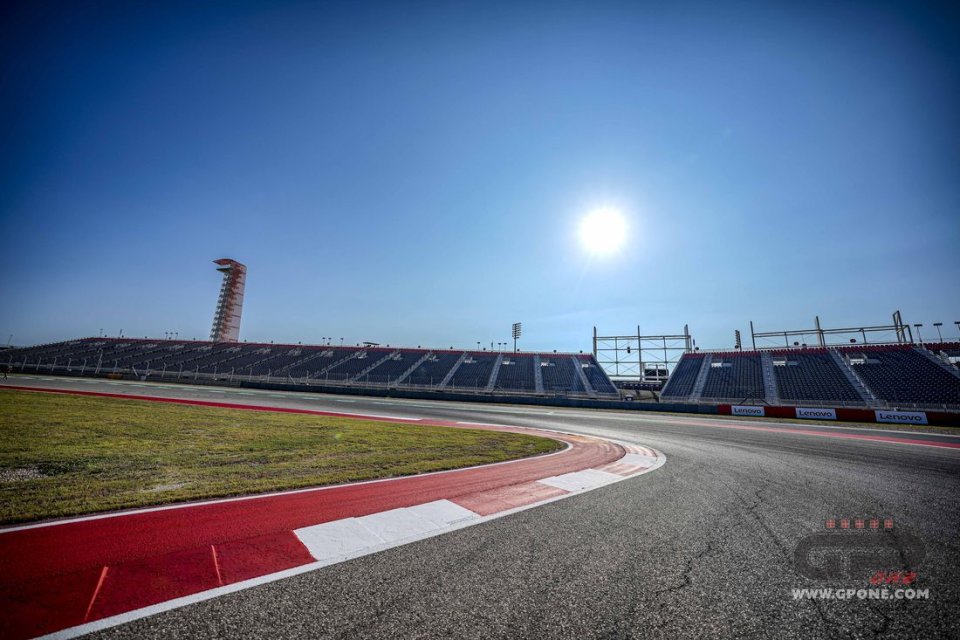 Yesterday the (provisional) calendar for the next MotoGP season was published. The Grand Prix of the Americas, at Austin, is scheduled for April 10, but it is not certain that the world championship will return to Texas. The riders in fact gave an ultimatum to the Austin circuit: “either resurface it or next year we will refuse to race”.

The images on TV managed to give an idea of ​​how many dips there were on the track, with the bikes seeming to bounce off the asphalt. It is not only a surface problem but something more serious, as it was the ground under the asphalt that moved and created those undulations.

The riders were clear: the asphalt must be completely redone from turn 2 to turn 11, about half of the track. Which means, to solve the problems, that the circuit has to put its hands into its pockets. An expensive job, one in which CotA does not seem to be very interested at the moment. Also because MotoGP in the United States is an event that fails to attract enough spectators to justify such an investment on its own. The CotA circuit, in fact, did not even declare the spectator numbers in the last Grand Prix, but looking at the many empty stands one can think that the attendance wasn’t particularly good.

At this point one might think that the fate of MotoGP at Austin is sealed, but the four-wheeled world just might come to the rescue of its two-wheeled equivalent. In fact, Formula 1 will race in Austin in a few weeks, on 24 October, and if its drivers are in agreement with the MotoGP riders then things would probably change. As happened at Silverstone in 2018, when the MotoGP riders complained about the asphalt, the circuit executives turned a deaf ear, but when the F1 drivers said the same, the work was done.

The hope is that the same will happen with Austin, which for its design is one of the most particular and fascinating circuits on the calendar. If this were not the case, an alternative would have to be found to continue to race in the USA. The return of Laguna Seca would be a dream, but virtually impossible, with Indianapolis the most likely alternative. The historic American circuit hosted its own Grand Prix from 2008 to 2015 and could be the simplest solution to eventually replace Austin.