MotoGP is preparing for 2022 and the first draft of the calendar for next season was published today. The big news is that there will be 21 Grands Prix scheduled, the highest number ever for the world championship.

In keeping with the tradition of recent years, the opening race will be at night in Qatar (March 6) with the final one at Valencia (November 6). The season will kick off with four races outside Europe: after the aforementioned race in Losail, the Circus will go to Indonesia (but the circuit has yet to be homologated) and then move to America, with a double-header in Argentina and Texas.

The return to Europe is set for April 24, at Portimao, to be followed by the GPs at Jerez and Le Mans. The first Italian round is at Mugello on 29 May, followed by Barcelona, ​​Sachsenring, Assen and the new entry Finland (another track still awaiting approval) on 10 July. Then the world championship will take three holiday weekends before returning to the track on 7 August (so earlier than usual) at Silverstone.

The race at the Red Bull Ring will come before the San Marino GP, scheduled for September 4th. Aragon will be the last European leg before the Asian trip. That will no longer be a triple-header, but two double-headers: first Japan and Thailand on 25 September and 2 October, then Australia and Malaysia on 16 and 23 October. 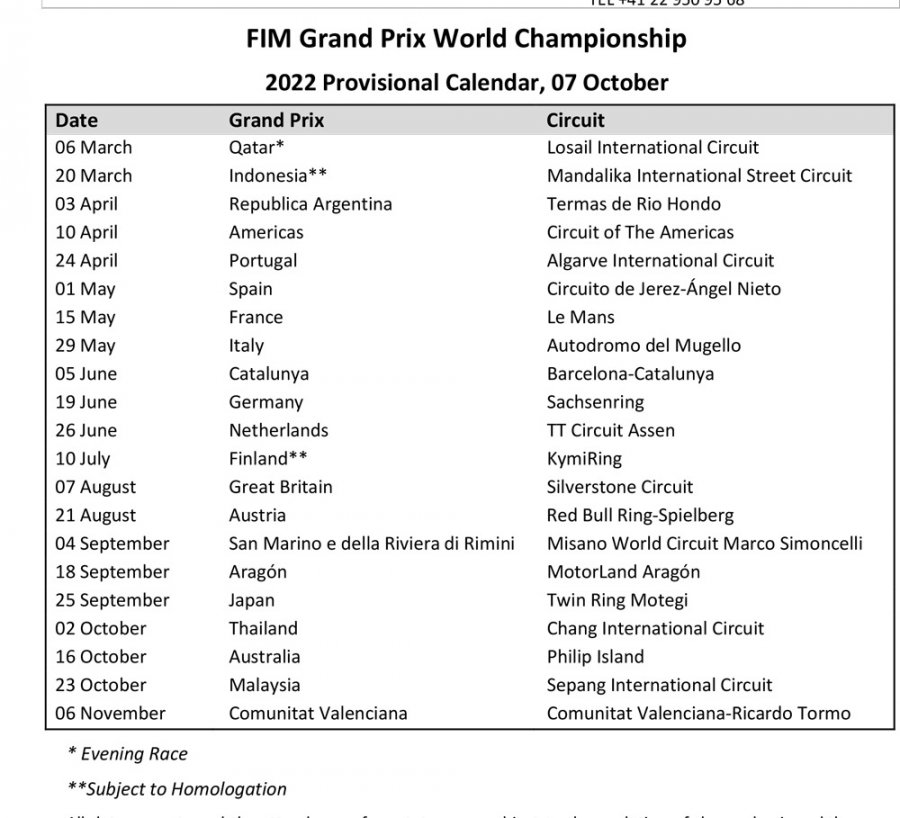