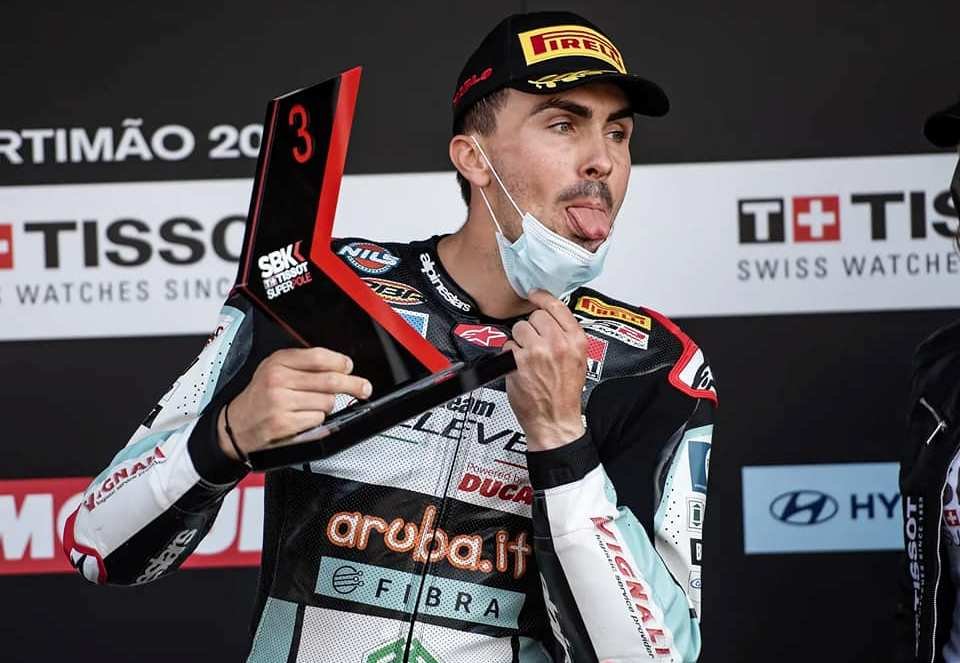 All eyes might be on the world championship battle with Toprak, Rea and Redding fighting it out for the title, but at the same time, the market is also holding centre stage with the last pieces to be sorted out in view of next year. Among the names on the list there is undoubtedly that of Loris Baz, revelation of last weekend in Portimao.

As everyone knows, starting from the Jerez round, the Frenchman was called up to replace the injured Chaz Davies on the Go Eleven Ducati. In two rounds the experienced Baz has scored results well beyond expectations, so much so that in Portugal he even finished three times in a row on the podium. Performances that have made the Go Eleven team dream, as well as many fans, who on social media have been clamouring for his confirmation also for 2022 in the World Championship.

At the moment, however, there is a big question mark about Loris's future. Ducati's goal is to take him back to the United States to allow him to compete in his second consecutive season in MotoAmerica with the aim of obtaining that title which it missed out on this year.

But watch out for possible surprises, because nothing is written in stone yet. According to what we have learned in the last few hours, BMW has made an offer to Eric Mahé, manager of Baz, who among other things also follows Fabio Quartararo, in view of 2022. The proposal is to put the Frenchman on an M 1000 RR in the Bonovo satellite team for next year. Should the deal go through, Baz will have official treatment in the independent team like Scott Redding and Michael van der Mark.

For Loris, therefore, these are decisive hours since the manufacturer has asked the rider to give an answer by the end of this week and no later than this. So we'll see what happens: if Loris accepts or Ducati will raise its offer.