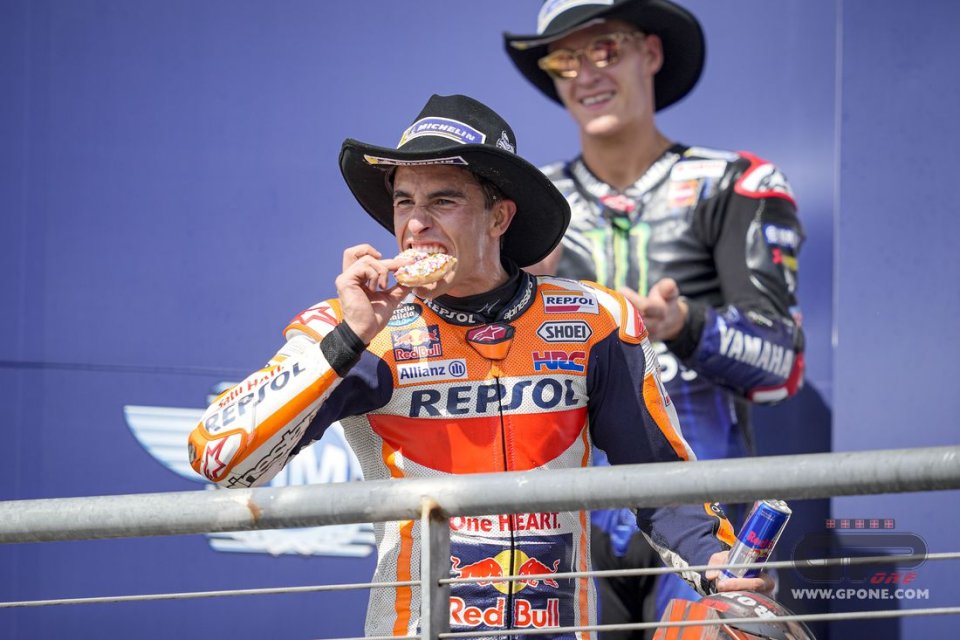 There are some people who dream of California, Marquez is satisfied with Texas. Donuts and Prosecco the snack of the champion, the combination questionable even though Marc guarantees that it is a three-star dish (of course Michelin). Meanwhile Quartararo allows himself an aperitif while waiting for the hangover from the title.

Bagnaia does as much as he can, Miller argues with Miller, while Martin and Bastianini lay good foundations for their future.

It would have been a lovely Sunday, had it not been for the Moto3 horror film. Race Direction gets the script wrong, putting everything in 5 pages. The riders did the rest. The patron saint of motorcyclists patched things up, but you can't always count on him.

THE GOOD - Not all donuts come out with a hole in them, only the ones made by Marquez. He then got to eat one on the podium, as he had done shortly before with his opponents on the track. His hunger is the same as ever and when he manages to set the table as he likes, there is no room for anyone else. Sheriff and with a chef's hat, his latest transformation is pretty convincing.

THE BAD - The Race Direction’s decision lit the fuse, throwing the Moto3 riders onto the track for a race of only 5 laps. The bomb was detonated by Oncu, but he must not become a scapegoat. Let him who is without sin cast the first stone, as they say, and in Moto3 there wouldn’t be many riders left. The best thing was seeing Acosta, Migno and Alcoba getting up without a scratch, but the limit was crossed once more. Stewards, Race Direction, FIM must put a stop to this, the time for words has long passed. Now we need action.

THE UGLY - Texas is rich in oil and someone must have thought there was even some under the Austin track. Bumps, little bumps, chasms, hollows can only be explained by an extensive drilling campaign. It’s better to shut everything down for next year, otherwise the riders have promised to shut the circuit’s gates. And it would be a shame.

THE DISAPPOINTMENT - A bad weekend happens to everyone, but in Aleix Espargarò’s case the only thing that was straight was his Aprilia which slid on its side 5 times. Forget about the American dream, this was a nightmare. He needs to wake up in time for Misano.

THE CONFIRMATION – The Beast yes, but with a brain. Bastianini used it when he saw Miller and Mir having a heated discussion about who should cross the finish line first. Between the two quarrelling parties it was Enea who came off the best, after a comeback race as concrete and fast as the Rimini rider has become. 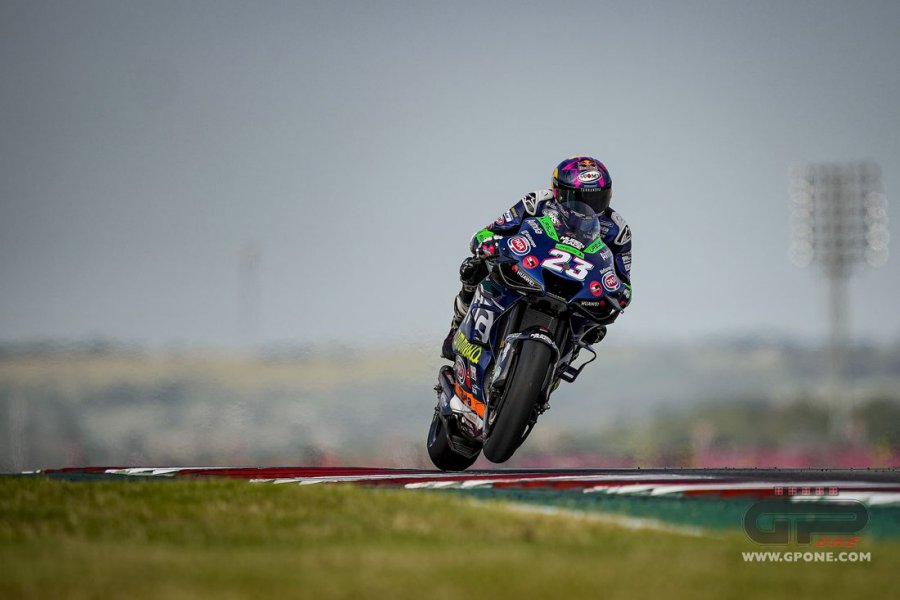 THE MISTAKE - It's the first one of the year, but it couldn't have come at a worse moment. Remy Gardner's dive could cost him the entire season, just as Raul Fernandez has all the stars in the sky aligned in his favour.

THE SURPRISE - He still bears ailments from his emergency landing at Portimao, but on the Austin runway he took to the skies. Jorge Martin picked up one position less than he deserved at the finish line, but the Spaniard showed that he is not just a one-lap wonder. The best is yet to come.

THE PASS - There are three of them and they all have Miller as their protagonist. The easiest is the one that the Australian handed over to Bagnaia, the best one that of Jack on Mir and Binder in one fell swoop, the most contested the one that Joan handed him back with a lot of shoulder for good measure.

THE CURIOSITY - Seven victories in his debut year in Moto2: the record belongs to Marquez, Raul Fernandez has already equalled it and has another 3 races to beat him.

I TOLD YOU SO - The author of this article should share the blame for saying it with his companion Carlo Pernat, both guilty of having declared on Saturday: "Marquez will fight for the win, but he won’t get away as usual". We'd like to blame jet lag for that prediction.