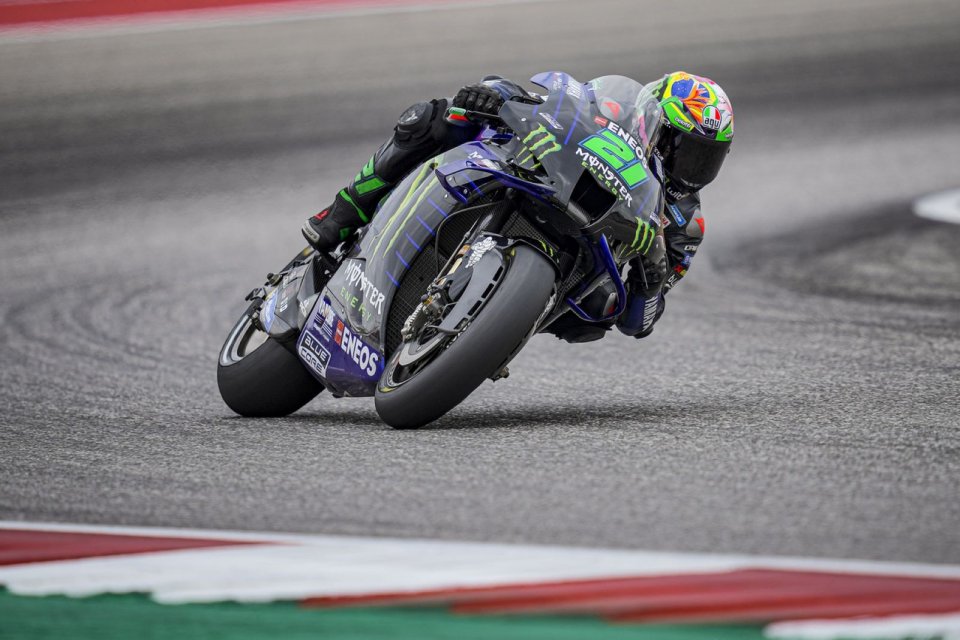 He was hoping to get into the decisive Q2 but, in the end, Franco Morbidelli had to settle for a third position (which translates into 13th, overall) in the first qualifying session at the Circuit of The Americas in Austin. Although he was excluded by three tenths, the brilliant qualities of the current Monster Energy Yamaha rider – that allowed him to become vice-champion last year – were partially revised.

“It was a good qualifying session. We kept our improvement curve. Also, in the second attempt, I mostly rode alone. We were faster and stronger during the day. We’re progressing from session to session, even if the lap time is not my primary goal right now. My priorities are managing my body, increasing my knowledge of the bike, molding it to my style, which is happening, and I’m very happy about this. I struggled in the FP4 employing a used front and a new rear. I didn’t like the set-up, but we know why. Tomorrow morning, during the warm up, we’ll continue working on the pace.”

The signs of the recent surgery on his right knee are still evident. Nevertheless, the rider from Rome is doing his best in an attempt to regain the energy he needs to tame the more than 240 horsepower YZR-M1.

“I do physiotherapy twice a day. At home, I do various exercises to increase muscle mass in my leg and, at the same time, to maintain my upper body in ideal shape, without putting excessive stress on my knee. In this sense, I have to thank the doctors who are helping me make an exceptional recovery so far,”  he admitted. “I don’t feel pain, I just lack strength, but I’m sure it’ll come soon. However, the process itself is long. I’m trying to forge ahead as much as possible, since  I’m a rider, and I want to make the most of the opportunity to race in the official team.”

A final thought about today’s poleman is inevitable. Rivals on the track but great friends in life: Francesco Bagnaia and Fabio Quartararo fighting for the title.

“I’m not surprised because I know Pecco’s speed perfectly well, especially on asphalt. Now he’s managed to find his place in Ducati, the result of years of learning and  pushing really hard. It was only a matter of time before he could express his true potential,”  he explained.