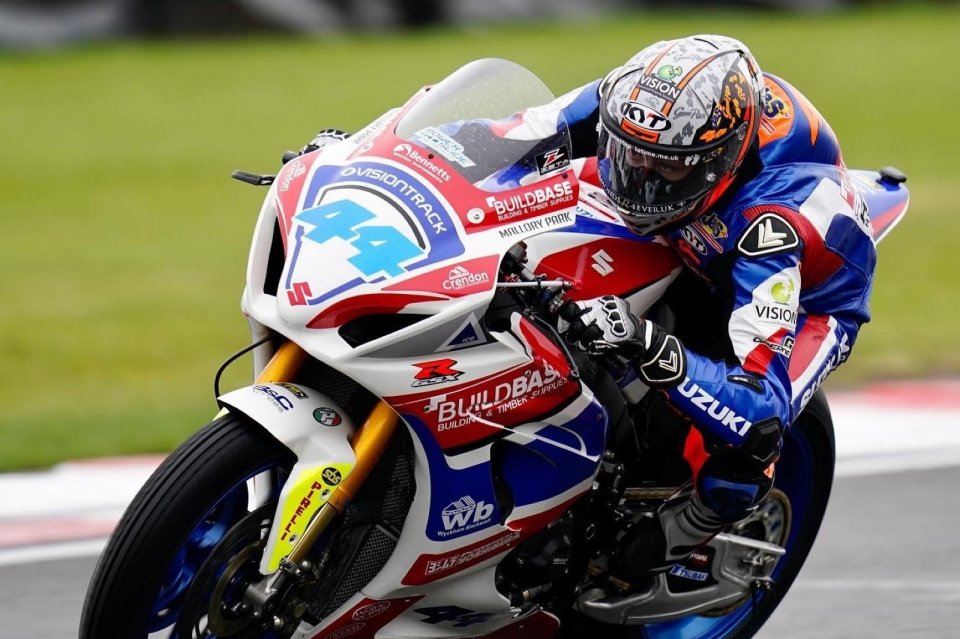 Four hours earlier than originally scheduled, the typical UK weather (rain and low temperatures above all) influenced the chaotic British Superbike Race 1 at Donington Park, the penultimate round of 2021. In an elimination race with only 15 bikes reaching the chequered flag, in which riders such as Peter Hickman, Glenn Irwin, Danny Buchan, Josh Brookes and even Tommy Bridewell, all came off worse for weather, wet weather specialist Gino Rea took the win for Buildbase Suzuki under a violent storm that hit the East Midlands. At the first win in his career, the 2009 European SuperStock 600 Champion took the Hamamatsu manufacturer to the top step of the podium more than a year since the last time.

Already holder of the pole position, after letting an aggressive Danny Buchan vent his spleen in the opening stages of the race, as the laps went by Gino Rea left his pursuers trailing miles behind. Finally comfortable on the GSX-R 1000 of Stuart Hicken's team, in the final stages the 32-year-old managed his advantage, crossing the finish line with ease and at the same time becoming the eighth different winner of the season, in conditions he has always preferred (remember his only podium in Moto2 at Sepang 2012).

In a crash-festival where youngster Storm Stacey threw away the chance to get on the podium, over the distance Kyle Ryde (2nd, a position never achieved before on the Rich Energy OMG Racing M1000RR) and Christian Iddon (VisionTrack PBM Ducati) were the riders who emerged. The latter was able to take advantage of the misfortunes of the others in view of the title, getting the better of Lee Jackson (FS-3 Racing Kawasaki) for third place by just one tenth.

In terms of the Showdown, the McAMS Yamaha duo limited the damage with Jason O'Halloran in fifth position, 45 seconds off the lead, and Tarran Mackenzie in seventh (recovering from 16th place on the grid after crashing in qualifying). Both can console themselves with the DNF of closest rival Tommy Bridewell, who ended up on the ground at the Coppice on lap 5. As we wait for the remaining two races tomorrow, the classification now shows the Steve Rodgers team pairing equal on 1102 points, 18 points clear of the MotoRapido Ducati rider and 26 over Iddon. 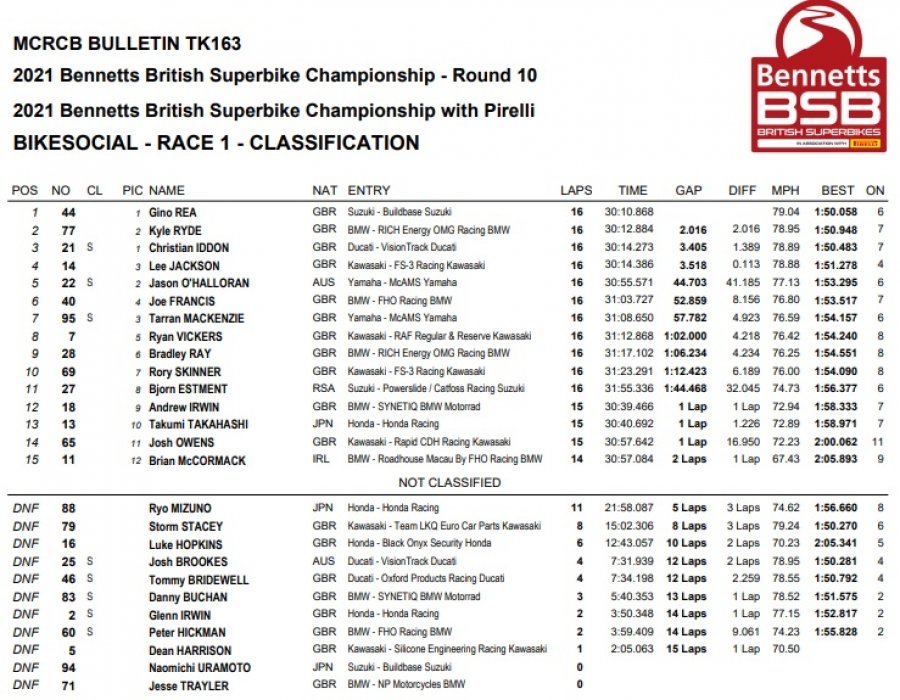