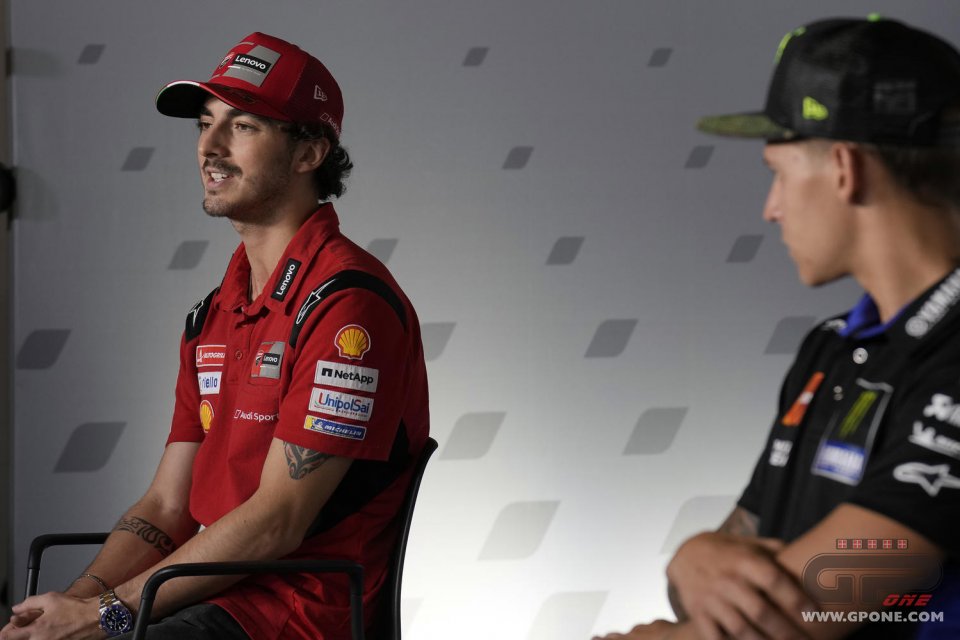 The two consecutive victories in Aragon and Misano gave Pecco Bagnaia his wings back in the 2021 World Championship. A double win  conquered with great maturity and with a Ducati that seems to smooth out the weak points every year without losing advantages in the areas that have always seen it dictate the pace. Fabio Quartararo isn't far off, even if the 48 points he needs to recuperate are certainly not a walk in the park.

Now Bagnaia is ready to hit the track in Austin, on the track where he won in 2018, the year of his Moto2 title. In the MotoGP in 2020, the only race disputed in the top class for Pecco in Texas, the Italian rider hit the first top ten of his career in the category. Ducati’s recent past in the States doesn't promise a leading race on paper. Actually, all the references have been overturned this season, with the Borgo Panigale bike proving to be competitive even where it suffered in the past. It’s probably with this thought that Pecco is preparing to face the first of the four race weekends that will award the world title.

“This is a track I like, and I love coming to America,”  Bagnaia said. “I think our bike can adapt well here. My confidence on the bike has increased a lot after the two victories in Aragon and Misano. There’s still a lot to do, and I know that some sectors will not be easy for us on this track. Last time here, in 2019, I didn’t feel great on the bike, mainly because of the holes on the track. This year, I should be better off with the resurfacing that took place, but we’ll see. I think Yamaha can be fast, but I think Marc can be even faster.”

In the past, Ducati suffered in Austin. Do you think this time it could be different?
“This year, we've been fast on tracks where we suffered in the past. I think our bike is now better suited to the conditions on the various tracks. The first sector here is similar to Silverstone, which is just as difficult, and we were fast there. I think we’ll be fast here too. We need a chance to stay ahead this weekend.”

COTA is also very physically demanding. Does that worry you? The Ducati is not the easiest bike of the lot.
“I think that if I were to suffer physically here, it would mean that others may have the same problems as well. It’s not an easy track, but I think that our bike, as difficult as it is to take to the limit, is no different from the others. I won’t change my strategy, but I certainly have to get out on the track first to figure out what my strategy might be, to figure out what I can really do here.”

Marquez prefers left-hand turns, which are your favorites?
“I think I prefer the left corners too, but I think it depends on the fact that they’re easier to manage for the throttle. I think that’s why. In any case, I much prefer braking in right-hand corners than left. It’s not easy to choose between the two.”