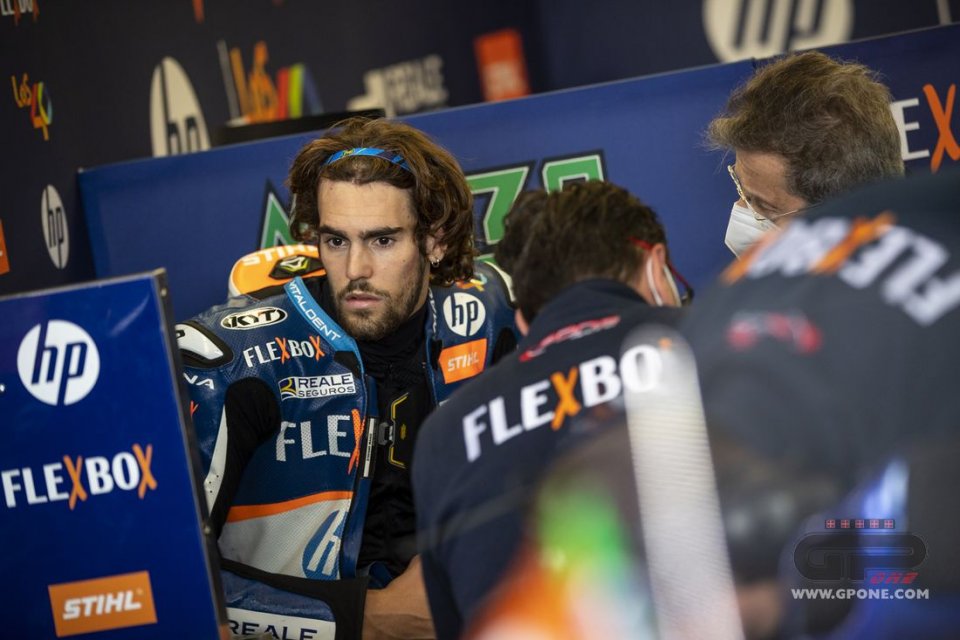 Stefano Manzi was suspended from the first two free practice sessions of the Austin Grand Prix by the Steward Panel, in addition to having to pay a fine of 300 euros. The reason is that he did not notify the Race Direction of his participation in the Supersport 600 round last week in Jerez.

The riders of the world championship, the regulation states, outside Grands Prix, can only ride with bikes approved by the Technical Director of the championship, otherwise they are considered tests. This is what happened to Manzi, who used a Supersport machine, therefore not a production bike, for which he should have requested permission. Not having done so, with the three days on the 600 he exceeded the maximum seven allowed.

The regulation was taken literally, even if it must be pointed out that Stefano was regularly entered in a championship organized by Dorna and his participation was widely communicated in the media. As they used to say in Latin: dura lex, sed lex (the law is harsh, but it is the law). 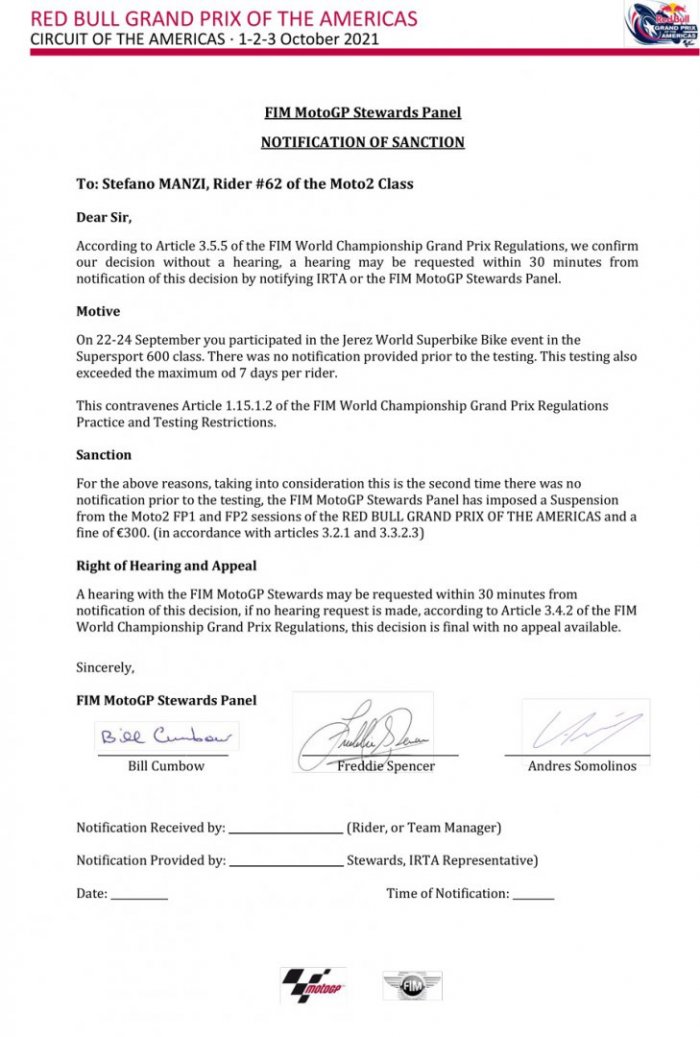 Saving the Austin GP: new asphalt from Turns 2 to 10

Stoner: "I’ve missed Valentino at the front, the racing could have been...