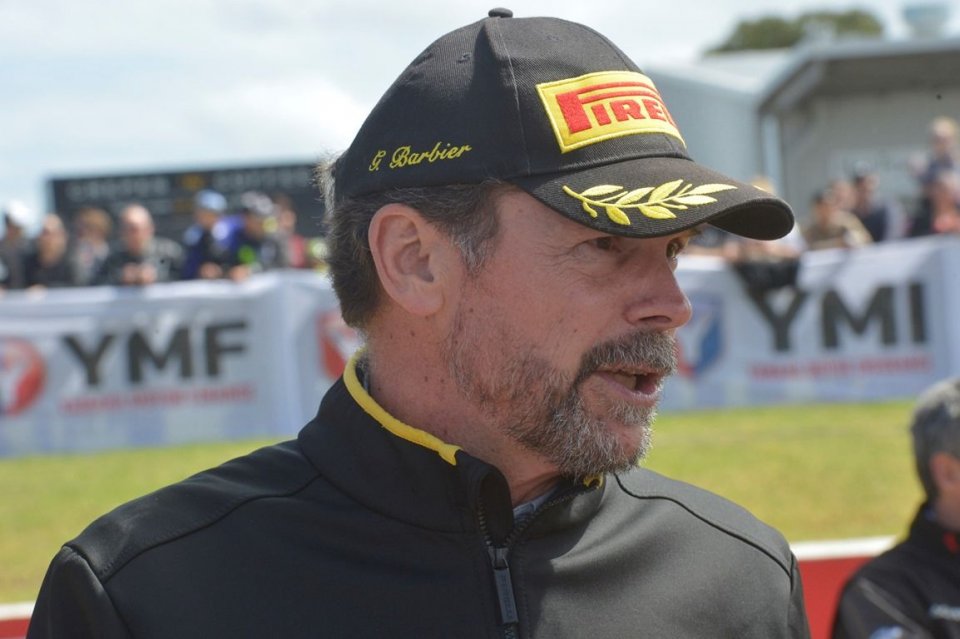 The tyre issue is one of the key subjects of this weekend, which sees World Superbike hold centre-stage for the Portimao round. It’s a track that in recent years has enhanced Rea's potential, to the point of him being considered the favourite for the weekend.

For the occasion, as if that weren't enough, Johnny will be able to take advantage of the fact that Pirelli will not make the SCX 577 development tyres available to riders for both races, the ones preferred by Toprak in the 2021 season.

On this matter, while waiting for proceedings to get underway, we talked about this issue with Giorgio Barbier, manager of SBK track activities for Pirelli.

“As we all know, Portimao is the track that puts the extremities of the tyres most in crisis after Phillip Island - he began - for this reason we decided not to bring the SCX 577 to the races on Saturday and Sunday afternoon. This compound will only be available for the 10-lap sprint race and that’s all. Unfortunately, here in Portimao, the temperatures rise a lot and consequently the risks increase, in fact we start to see slight blistering. You should take account of the fact that in Australia we race with the SC1 and for this reason we must take countermeasures. Here in Portimao we will in fact have a more robust structure, namely the SC0 415 ”.

Giorgio, how come Johnny is finding it hard to digest the SCX 577?

“The problem is that we make tyres that are too good (he smiles), allowing the riders a range of proposals to make the most of their potential and be fast. Johnny was super competitive with the SC0, but now there is an SCX, designed for the sprint race, but capable of adapting and working well even in 20-lap races. In fact, in the last few races we are one second per lap faster than before ”.

Toprak, on the other hand, has managed to make a difference with your development tyre.

“Toprak has improved a lot during the course of the season, to the point of gaining more and more control over the bike and the tyres. As the front hasn’t changed, he figured out how to make the Yamaha work with our tyres and the results are plain to see. I think he has managed to take that step that Rea and the Kawasaki are missing, so this is the key aspect. "

Portimao, however, is the track where Rea feels most at ‘home’….

"He is the man to beat and I am convinced that he will choose the SC0 on this occasion, given the data history we have at our disposal. I expect a good fight with Toprak, aware of the fact that Rea knows what his potential is. I would like to add something else about Johnny".

“For the intercontinental races we will bring both the SCX and the SC0. I was keen to point this out, as Rea said the supersoft is going on vacation. That's not true, in fact we will bring the SCX also to Indonesia, since it is a new track and we will have the range of standard tyres”.