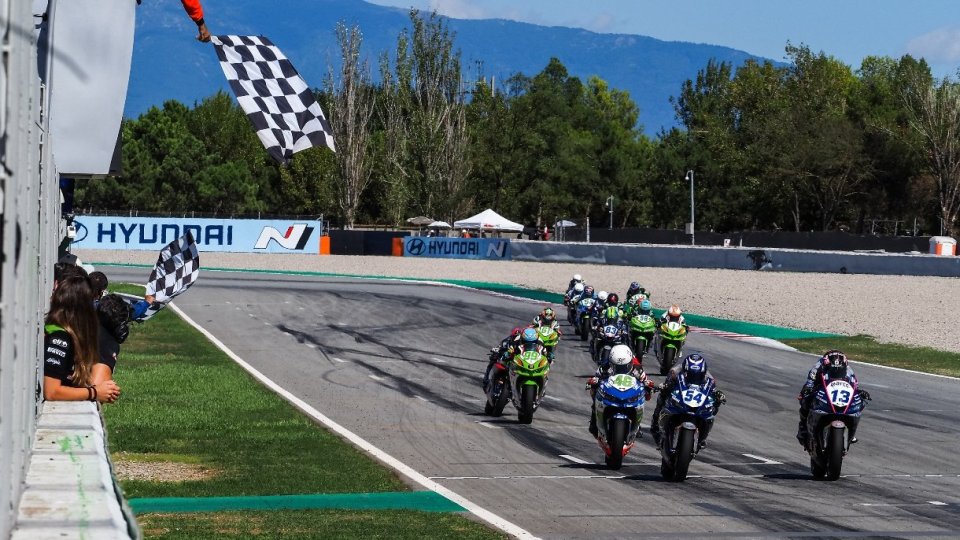 The death of Dean Berta Vinales has fuelled a number of controversies and doubts regarding SuperSport300, which has been a subject under so much discussion over the last week. The number of participants has ended up in the eye of the storm, as well as the young age with which many of them show up at the start. Another key aspect is the performance of the bikes, which do not allow riders to be able to make much of a difference on the track, so much so as to form risky groups during the race.

There is really a lot to talk about and that’s why Dorna and FIM will sit around a table during the Portimao weekend to start outlining the guidelines for next season. Certainly some action is sure to be taken, with changes to what the current regulations are, in order to make the Championship safer.

Among the rumours going around in the paddock there is also that of a possible points license starting from 2022. A possibility, among other things, put forward by Michel Fabrizio, who shared it with us on the occasion of yesterday’s live broadcast. We will see how the situation evolves over the weekend.