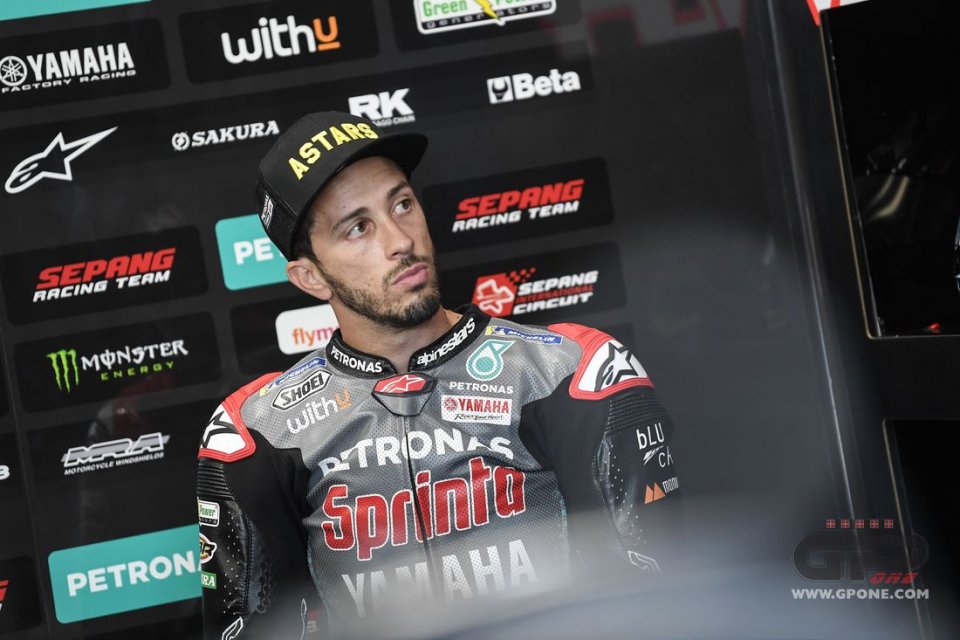 After a tragedy it is normal to wonder what can be done to prevent it from happening again. In recent days, a lot of people have spoken about what happened at Jerez, proposing solutions or highlighting the critical issues that exist in the lower classes. Andrea Dovizioso also spoke on the subject, highlighting how it should be treated in all its complexity.

"A limited opinion is of little use, we should sit at a table and talk to various experts: those who race, those who make the tracks, those who write the regulations - he explained - The obvious aspect is that, despite great steps forward in terms of safety, unfortunately there is no solution to crashes where the rider remains on the track, I can't even think of one at the moment. Not much can be done in this kind of dynamics. Actually, the fact that now the circuits are much safer makes us forget how easy it is for certain things to happen no matter how hard you push and how many risks you take ”.

Some observers have said that the riders are too young…

"It is true that there are more and more young people racing, maybe they don't have much experience, but I don’t want to say anything else because sometimes I don't see any more mature attitude from older riders - underlined Andrea - I have my own idea, but I don't want to shoot my mouth off like some people just because they are angry. In these cases we need to be constructive ”.

Dovi would be available to talk about it with Dorna and the FIM.

"That would be OK, but there are dynamics for which one opinion is not enough to change things - he said - If you want to change the minimum age you should work in the long term, when there are important investments you can’t change things from one day to the next ".

As he waits to know if the riders will be involved in certain decisions, Dovizioso is focussing on the Grand Prix that will start tomorrow, his second on the Yamaha.

“I'm happy to be here, because Austin is a completely different track from Misano and this can only be positive for my adaptation,” he said.

It's a path that will take time, but Andrea is convinced that doing it in the race is the best thing.

"I will have more time to work and understand the bike, it can only be positive for next year - he said - It is true that I don’t ride the 2021 M1, but I am convinced that the DNA is the same, as I believe my feedback is very important for the engineers because I can make comparisons with the bike I rode before ”.

Right now, for Dovi, the priority is to get to know the Yamaha, because the rust accumulated during his sabbatical already seems to have disappeared.

“Logically when I came back the other riders had done 2 tests and 13 races and this gives you some automatisms that you lose after 10 months off. But we’re talking about details, which come out in qualifying or when you push to the limit, I'm not worried about any particular shortcomings - he explained - If I had come back after my stop on the Ducati I would have missed only a little bit of drive, so the Misano results are only the result of a completely different bike that I have yet to discover ”.

He will have the opportunity to continue his work tomorrow, without paying too much attention to the results. Unlike the other riders, all that remains is to ask him who will win on Sunday.

“If I had bet on the various winners in recent years, I would have lost a lot of money - he joked - Marquez will certainly be very competitive, but he will struggle to win because although this is a track that adapts well to his and the Honda's characteristics, it is also one of the hardest on the body. He will fight for the win, but it won't be easy for him to get it ”.