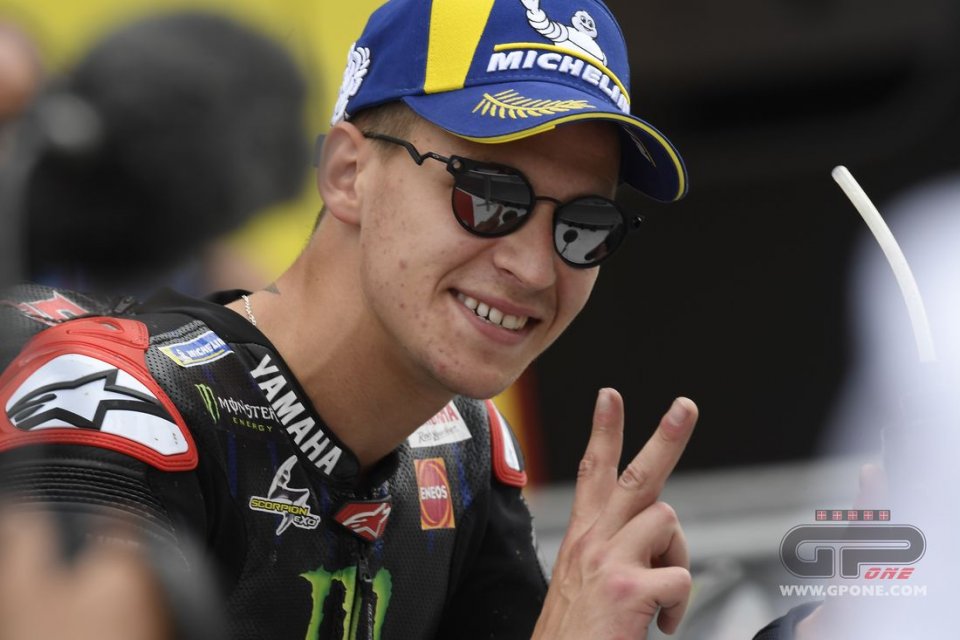 The final goal is near, but Fabio Quartararo has put it out of his mind for the moment. Only four races remain until the end of the season and the Frenchman’s lead over Bagnaia (48 points) allows him to sleep peacefully and start thinking about administering the situation. Despite this, the Yamaha rider doesn't want to play a defensive game, at least not in Texas.

“We start the race weekend in Austin with a 48-point advantage, and after this there are three more races, so my mentality stays the same as it was in Misano. Originally my goal was not to think about the championship until the San Marino GP, but I have decided to keep it going – explained Fabio - I think that‘s the right thing for me: to be in the moment and fight for the victory if I can.”

Even at the cost of taking some risks that, at this time of the season, he could avoid…

“In Misano that nearly gave my mum a heart attack and my dad for sure enjoyed it a lot – he joked recalling his recovery on Pecco - I‘ve had this idea already at the beginning of the year that ’no matter if I‘m fighting for the championship or not, I want to win‘. That was the case in Misano, and I want it to stay like this.”

Franco Morbidelli starts the American trip with other goals. Morbido still has to adapt to the factory bikes and team, but above all to return to full form after a complicated knee operation that kept him away from racing for months.

“I enjoy riding in Austin – he declared - It‘s a track that‘s tough and difficult, but I really like it. In 2019, the last time we rode there with MotoGP, I had a good result. I hope to be there, improve the feeling with the bike, and improve my overall performance. We made a really good step during the Misano Test. I definitely had more feeling already in the final lap on Day 2 than I did in the first few laps on Day 1. This is already positive. We are moving forward and are trying to improve as fast as we can.”