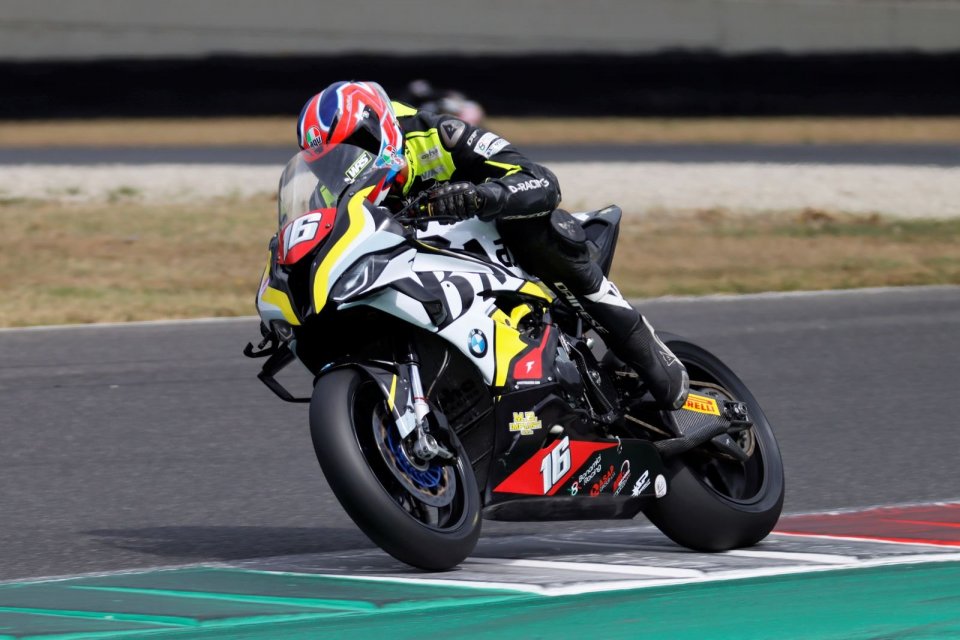 After making his debut this year in the top class of the Italian Speed Championship, the B-Max Racing Team will take part in the eleventh round of the World Superbike (scheduled this weekend on the Algarve International Circuit in Portimão), along with Gabriele Ruiu. After having entered in collaboration since the second half of last year, with a victory in the National Trophy 1000 race at the Enzo and Dino Ferrari circuit in Imola, the duo opted for the transition into the CIV Superbike this season, while also introducing their unique MoTec control unit. The young rider from Rome has been showing his ability on the BMW M1000RR, counting two fourth places as the best placements to date.

So the three days in Portugal will be an important test for the team, led by Massimo Buna, in an attempt to gain experience and understand their needs in view of a possible permanent place in 2022. Instead, it will be a question of returning to the World Series paddock for the 21-year-old, following his (short) previous experiences between the Superbike and the SuperSport 600 in 2018 and 2019.

“I’m really happy to be able to have this great opportunity with the B-Max Racing Team. Without them this year, I would never have been able to compete at a high level. The wild card in Portugal will be an important test for us to figure out which areas we need to improve in the most, in order to be able to compete in the SBK World Championship again next year. We'll see you in Portimão pumped. We want to make a good impression,” Gabriele Ruiu stated.

“We’re very happy. It’s a dream come true. We’re determined to race in the highest category, but we are also aware that we're a young team that needs to gain experience. Lately, our Ciampino racing department has grown significantly, I’m pleased to note the increasing interest of locals and businesses, which gives me hope for the future,” team manager Massimo Buna admitted.