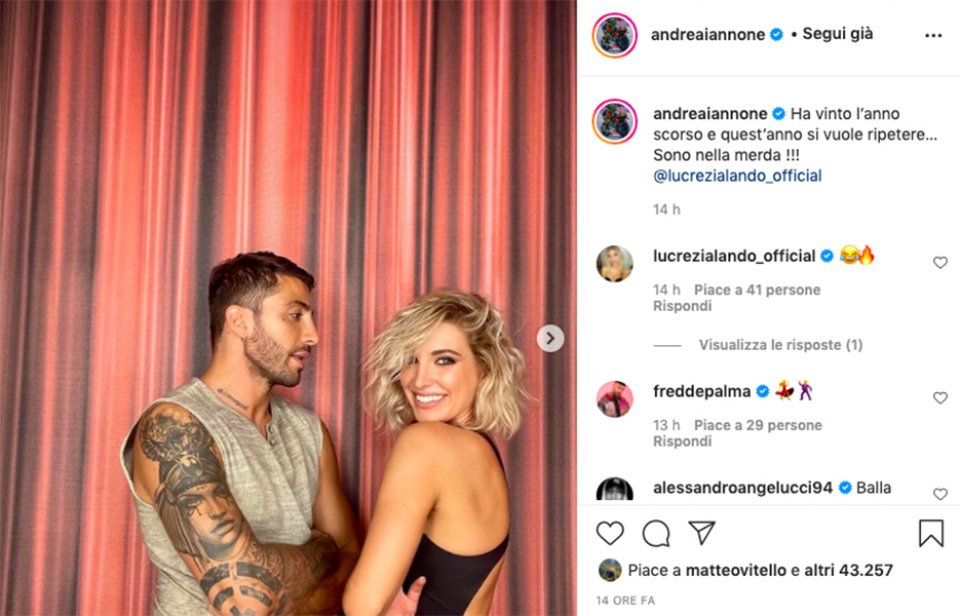 Andrea Iannone has to give up being a rider in the races for some time, so he’s decided to trade the race track with the dance floor on the Italian version of “Dancing with the Stars”. The Maniac will participate in the new edition of the well-known show and will be paired with Lucrezia Lando who, among other things, won last season’s edition.

We’ve always known the irresistible attraction that exists between Andrea and the world of entertainment and, in the past, rumors had spread that he would be participating in “Big Brother VIP”. He’ll definitely be debuting on TV, but in another show, even if we’d like to see him “dance” again between the curbs of a track, riding a MotoGP.  After listening to what he had to say in Misano, while observing Aprilia’s progress directly in the pits, we know how much the flame of passion for motorcycles and for competitions is still alive in him. Have fun Andrea, but come back to the tracks soon.