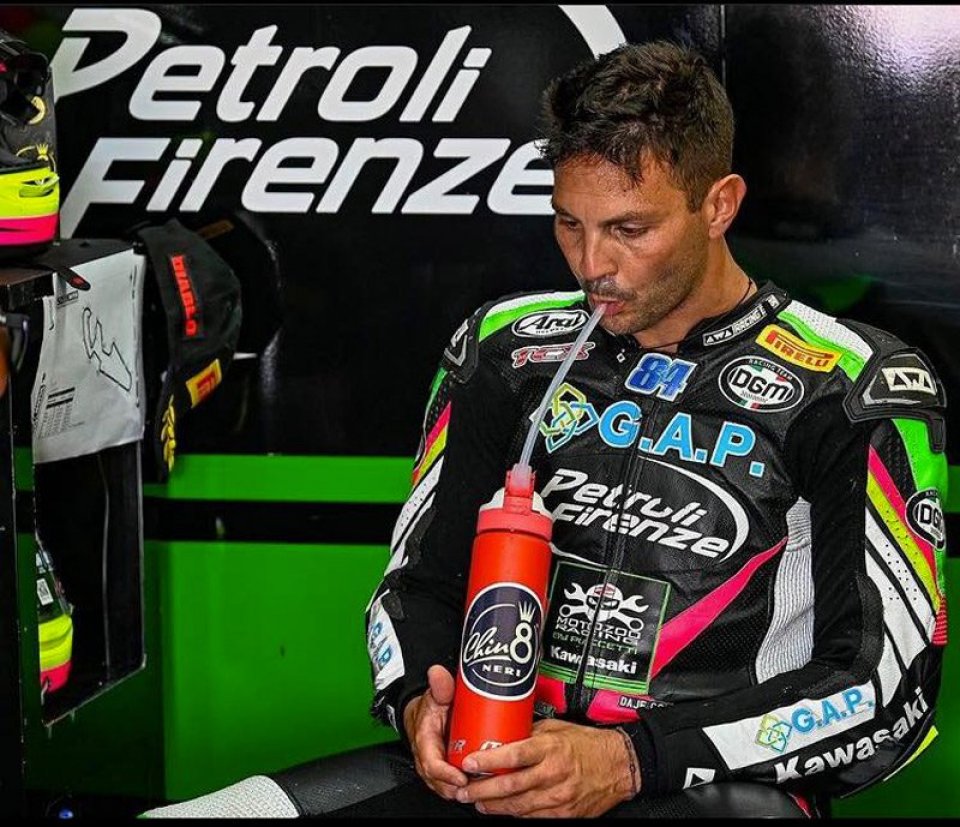 The tragedy involving Dean Berta Viñales has shocked the motorcycling world. Among the most affected by what happened was Michel Fabrizio who, in an open letter, raised a cry of alarm and did not limit his words. Michel will not race tomorrow and has decided to withdraw from racing. After returning to the races, he no longer recognizes his world and points a finger at the FIM.

This is his statement.

“Tomorrow, I will refuse to race out of respect for human lives. And I’m withdrawing. It's time to say ‘enough!’. Today I was witness to a horrible day: the loss of a 15-year-old rider.  I’ve seen many races like this in this category and, every time one ended, there was a sigh of relief because it went well. But, unfortunately, it doesn’t always go well and, today, the unpredictable happened, or maybe what we knew could happen.

I’ve been lying on my hotel bed for more than 5 hours staring at the ceiling, thinking back at the beautiful moments that this sport has given me.

But, returning after 6 years, I saw that this world has changed.

I saw an indifference on the part of the International Federation: deploying 42 in the Yamaha Cup (fortunately, everything went smoothly in 2021) and another 42 in the World 300.

Too many, too many riders with little or even very little experience, and this not only happens in the World Championship, but also in national championships where, to make money, you take everything, up to the last available spot.

Years ago, when Marquez entered the MotoGP, Valentino Rossi was criticized, when he complained about Marquez’s ‘incorrect’ maneuvers. We have to agree with him. Marc has become a point of reference: these young people emulate him, overtaking too much to the limit, leaning in on their opponents, risking every inch.

Let’s add that I’m withdrawing from the racing world to send a strong message of protest! So that the rules change to protect human lives. The problem is in the Moto3, in the Talent Cup, and in the national championships! In addition to this, the tracks must also be reviewed and must provide better ride-off areas! See Valentino’s accident, when he risked dying from a badly made track. See the Red Bull Ring, where the riders fall and stand in the middle of the trajectory!  All this depends on the FIM, which does not play a role in safeguarding lives but simply prefers business! It’s time for the politics of every nation to step in! The first to send  a strong message was Ayrton Senna, who said that some tracks were dangerous, and only after his death did they intervene. To date, there are fewer deaths in the Formula 1, while there’s a massacre lately in motorcycling!”. 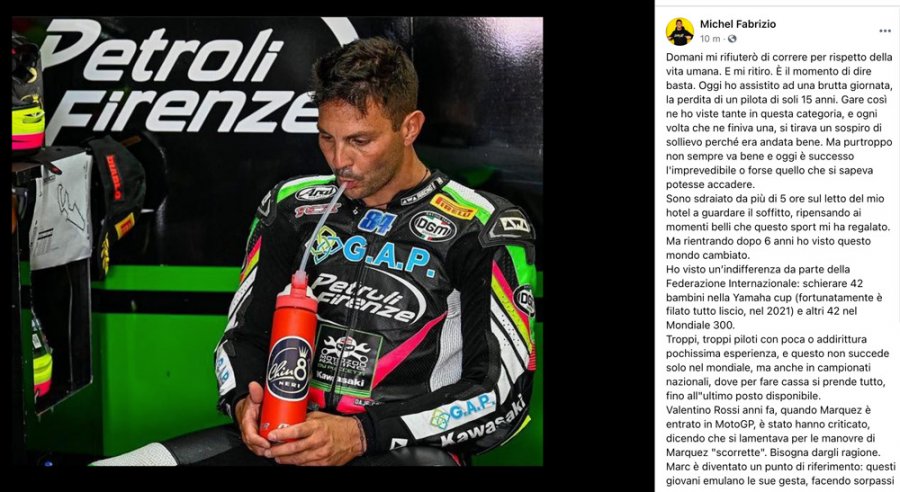 “I was leaning too much. It happens when you push on a MotoGP. I have injuries all over my body. I’ll have to wait and understand my condition. It’s...
15 hours 22 min ago

The calendar for next year has been set and will be made public today. After Kazakhstan, another country enters the World Championship.
22 hours 14 min ago