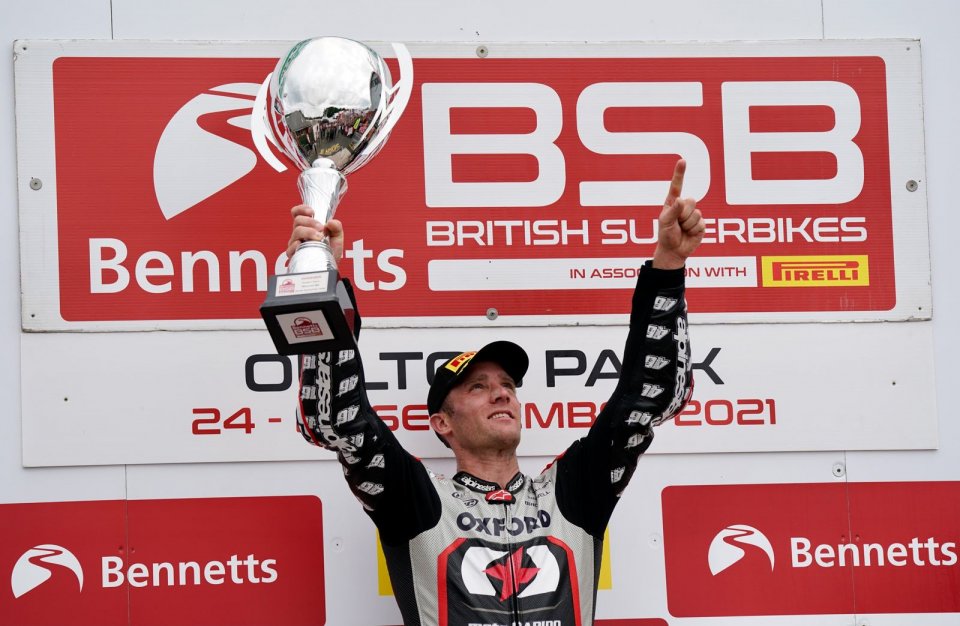 Set up in 2010 to promote the show and keep the title battle open until the last round of the British Superbike season, except for the brief interlude of last year, every time the Showdown manages to shuffles the cards on the table. The first three races of the playoffs of the current season were no exception, with the now former championship leader Jason O'Halloran coming off the worst on Sunday at Oulton Park due to a second sensational mistake along the same lines as on Saturday and Tommy Bridewell celebrating a peremptory double win, thus hauling himself up to 9 points away from the new leader Tarran Mackenzie.

In the same venue where in 2019 he returned to the top step of the podium four years after his last win, the Oxford Racing MotoRapido Ducati rider achieved a real feat today with two different race strategies. While in Race 2 he had to furiously recover from a bad start, getting past both McAMS branded R1s (for the occasion in the livery of the 60th anniversary of Yamaha’s participation in GPs) in the final stages, in Race 3 he proved to be the undisputed master, crossing the line six seconds ahead of his pursuers. With his third win of 2021, today's performance boosts the championship chances of the Ducati man, now only 9 points behind Mackenzie (and to think that before this weekend he was -47 from the top!).

Pain and gain for McAMS Yamaha

Outright protagonists of the initial part of the season, Jason O'Halloran came up against the positive and, above all, negative aspects of the Showdown. Having arrived at the Cheshire venue with a 30-point lead (106 in the Regular Season...), he left it in second place -2 from Mackenzie, scoring just 20 points in three races thanks to a second place in Race 2. The reason? A crash in Race 3 in addition to the similar one he had on Saturday. A double zero that favoured his teammate, 3rd and 5th in the two races, thanks to a three-second penalty for a contact first with Christian Iddon and then with Lee Jackson in the final encounter of the day.

Brookes and Ray on the podium in Race 3

In amongst all of this, Josh Brookes (2nd) and Bradley Ray (3rd) had a smile on their face, benefitting from the penalty inflicted on the Scot. For the reigning Champion the fourth top-3 of the season at the end of a decidedly positive weekend after setting pole position, while the OMG Racing man extended his advantage over Jackson in the Rider's Cup (prize reserved for the ninth classified in the championship, or the first rider who didn’t make it into the Showdown). In a few days BSB will head to Donington Park for the second part of the playoffs, with the outcome looking very unpredictable indeed.