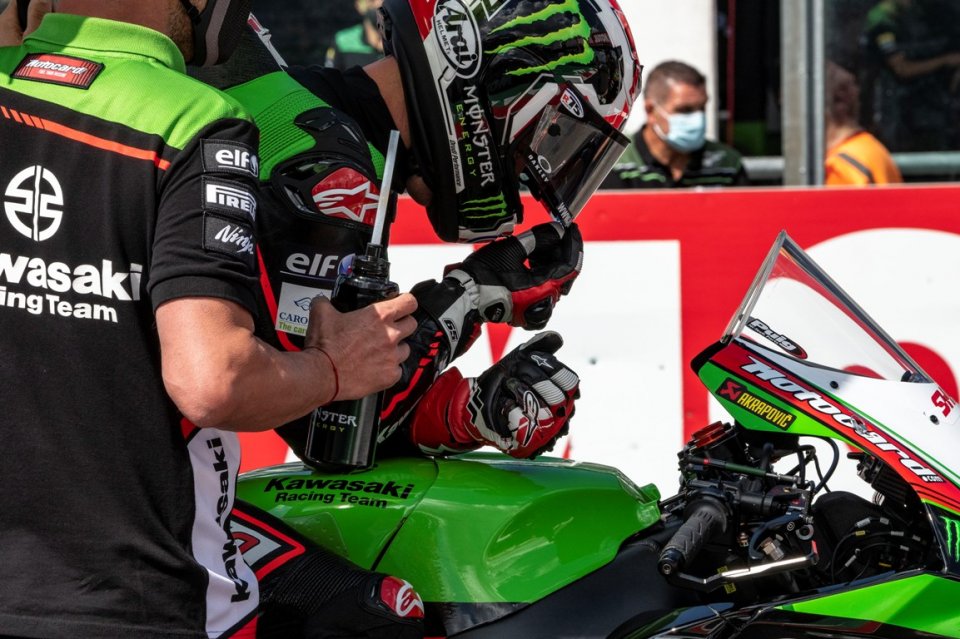 Over the past few months, there has been a lot of talk about the 500 rpm cut for the Kawasaki shortly before the start of the World Championship. The latest evolution ZX-10RR in fact turned up at the starting blocks of the new season with 15,100 revs, which is the maximum ceiling on which the team focused during the winter to carry on the development work, enjoying the bonus of the 10% on the performance of the production model.

Then, a few days before the start of the World Championship, came the news that upset the balance, thanks to the intervention of the FIM which reduced the number of rpm to 14,600, which is the same as the previous version. It was a tough blow to accept for Kawasaki, so much so that they manifested their total disappointment: "It is not acceptable that we know such a thing three days from the start of the Championship", Pere Riba told us on the eve of the Aragon round. As if that were not enough, this issue has been discussed several times in recent months, so much so that Rea recently underlined how much it affects his race towards a seventh world title against Toprak Razgatlioglu.

The fact is that the issue related to the cut in engine revs is very clear. At any time of the season, the FIM can intervene to increase or reduce the engine revs of a motorcycle. This procedure is performed through an algorithmic calculation that considers the performance of all the bikes on the track of a specific manufacturer (championship standings, fast laps, Superpole) and as a result even the private ones. As we all know, in the World Championship Kawasaki has some satellite teams that are struggling, such as Puccetti and Orelac, but at the same time an official team that sees Rea in second position with eight Superpoles and 23 podiums, not to mention the successes and fastest laps obtained. In addition to the Northern Irishman, there is also Alex Lowes, currently close to the top five with five podiums, despite the difficulties encountered in the middle part of the season.

If on the one hand the independent Kawasaki teams are struggling, on the other hand the works team compensates through Johnny for the limitations of this Kawasaki. If we then take into account that Honda has not received any benefit, given the performance offered by Bautista, Haslam and Mercado, it seems rather complicated that the KRT can get its 500 revs back, also because a possible increase would be in steps of 250 and not of 500 directly.

At this point Kawasaki doesn't have many alternatives other than to show up at the starting blocks of 2022 with a new homologation, a possibility broached by Pere Riba a few months ago. In fact, we’d like to remind you that, as happened in the past with Ducati, the number of engine revs remains unchanged even when the season ends, without being reset once the next one begins. In fact, Aruba is still ‘paying’ today for the famous cut of 250 revs in 2019 with Bautista after Aragon.

Bastianini: "The Sprint Race? it's a good thing, all the more reason...

Ixon, the supplier of Aleix Espargarò's suit, has revealed data from his crash at Silverstone. The airbag deployed in 950 milliseconds
20 hours 31 min ago