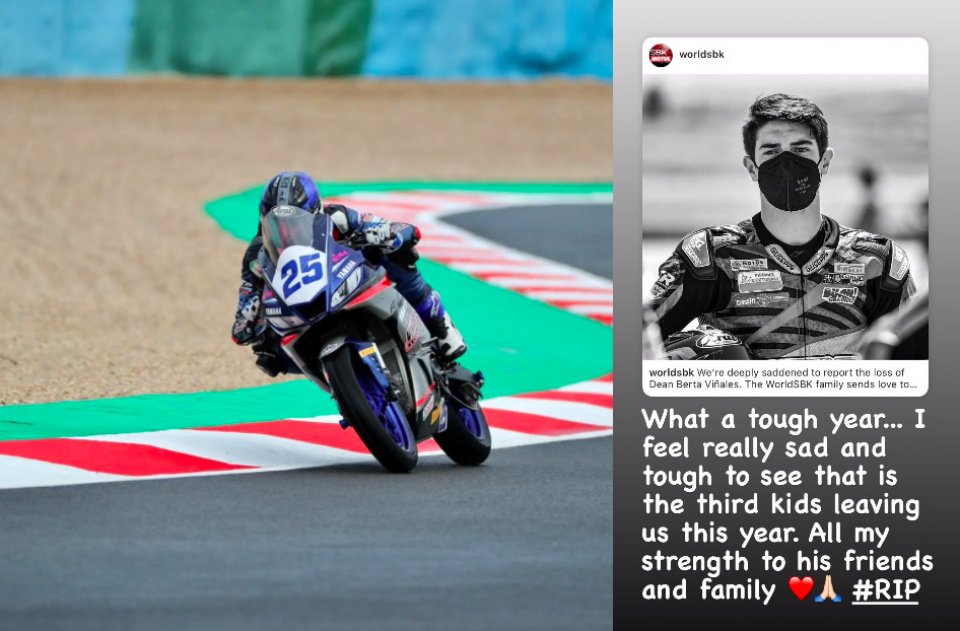 The Internet is fast, and the news of Dean Berta Viñales death in Jerez has already been around the world. It didn't take much for the rider’s family to receive messages of condolence and support, among bitterness, sadness, and a pinch of anger for an accident, that was very similar in dynamics, in which Jason Dupasquier lost his life at Mugello in the Moto3.

Among all the messages, Fabio Quartararo’s stands out. He had dedicated his victory to the Swiss rider at Mugello and seems very shaken by what happened: "What a tough year. I feel very sad to think that this is the third kid to leave us this year. All my support goes to his friends and family. "

Marc Marquez, Chaz Davies, Alvaro Bautista, and Loris Baz were also part of the chorus of messages. Loris was the only one to also uses the word “anger” in defining his mood in his message. The French rider is racing as a wild card in Jerez on the Go Eleven Team Ducati.

There are also messages from Dorna, from the profiles of the SBK and the MotoGP World Championship profiles, which also send their support to Maverick Viñales, Dean Berta’s cousin. 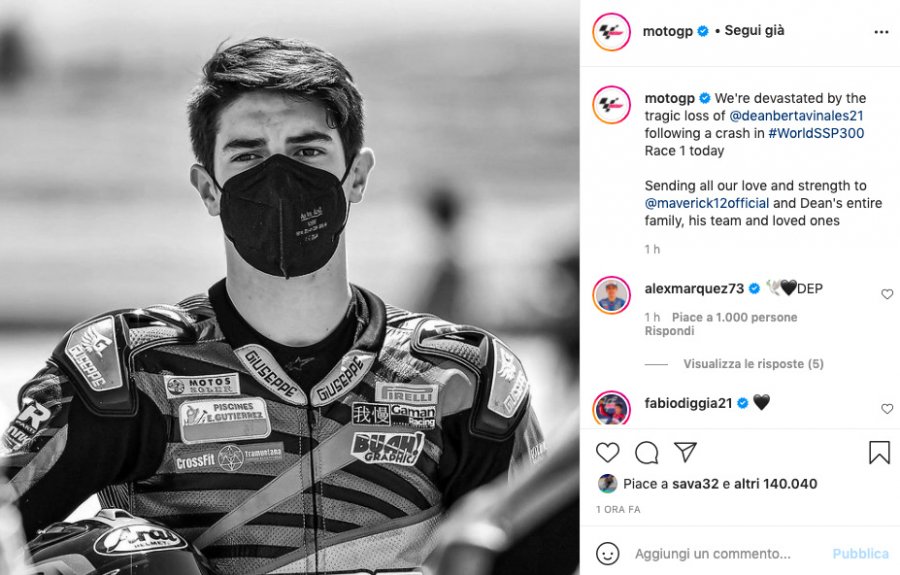 Lots of messages also from the constructors – including those not involved in the SBK World Championship, such as Aprilia – as well as those from Ducati and Yamaha, particularly shocked because Dean was racing on a Yamaha. 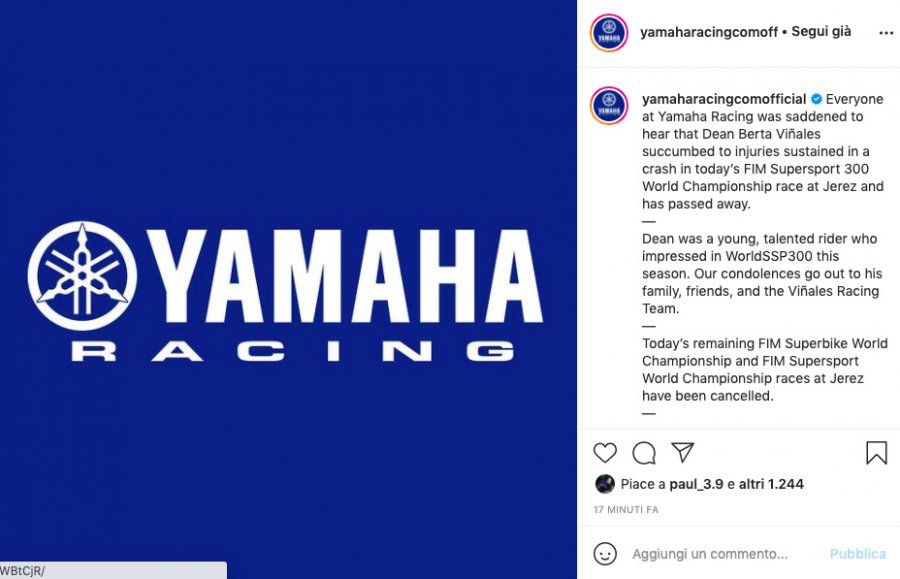 Fabio Quartararo 'arms himself' for the battle in Austin