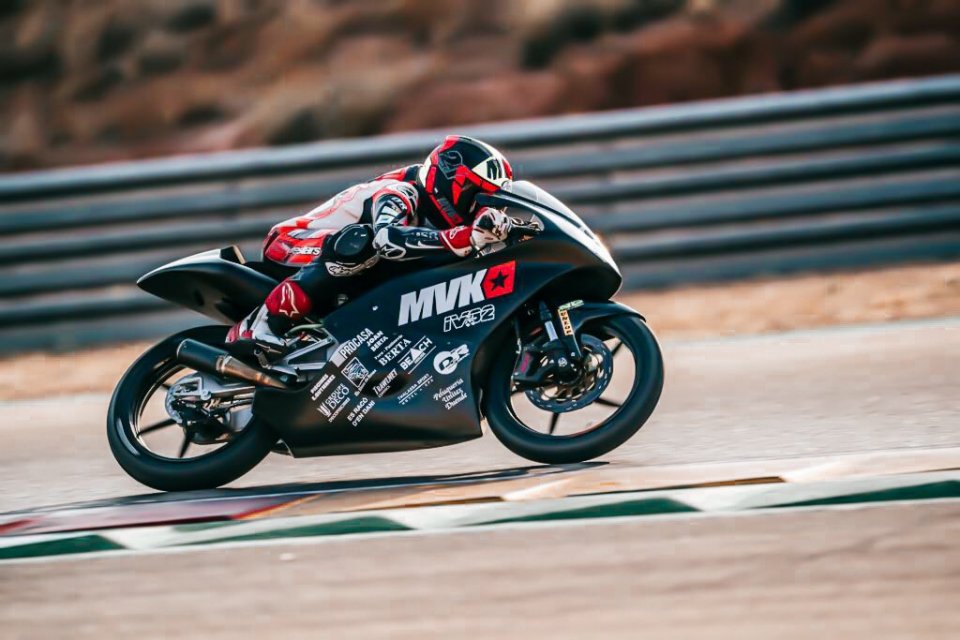 Motorcycle racing once again remains in silence, powerless in the face of tragedy. Another black and white photo to remember a rider who is no longer there. In the last four months, three young talents have gone, three boys who were trying to chase a dream that has died out before their very eyes.

Jason Dupasquier was 19 when he met his fate in the qualifying session of the Moto3 World Championship in the Mugello Grand Prix. Hugo Millan, 14 years of age, was racing at Aragon in the European Talent Cup the day he died. Dean Berta Vinales was 15 and today he left this world at Jerez during the Supersport 300 race.

He was a cousin of Maverick Vinales and had made his debut at the start of the season in the SuperSport 300 World Championship with the team of Angel Vinales, Maverick's father. He came from the European Talent Cup and had been part of the Cuña de Campeones talent nursery. A project based at the Valencia circuit. His first world championship points were obtained at Magny-Cours: 15th in Race 1 and 4th in Race 2, then in Barcelona he had achieved two good placings in Barcelona and also in Jerez he was fighting for the points zone.

Three young guys, Jason, Hugo and Dean who had chosen to be riders, who were entering that world that fascinated them and of which they had become protagonists. Jason had entered the World Championship only a year ago, for Dean it was his debut season, Hugo was trying to take the last step.

At certain times, the only question is what is the point of all this, a beautiful sport but with a dark side capable of breaking the lives of three teenagers. A question that is difficult to answer, like the one as whether or not these tragedies could have been avoided.

Dupasquier, Millan and Vinales died due to the same dynamics, hit by other riders who could do nothing to avoid them. Over the years, great steps forward have been made in safety, both in terms of circuits and clothing. Air-fences in the most dangerous points, airbags in the leathers, but nothing can be done against fatality, that impact that leaves no way out but only tears behind it.

Battles are the best part of motorcycling, in the lower classes they are never lacking, but they are also the most dangerous. All the riders are aware of the risk, it is a ‘teammate’ who follows them at all times, with whom they have to constantly deal.

Franco Uncini, who as a rider risked dying when he was hit by Gardner and who as FIM manager has done so much for safety, told us: “It's always the same accident, which at the moment we are unable to avoid. Is it the fault of age or inexperience? For me it is a question of bad luck ”.

Precisely for this reason it is difficult to accept, because it is something that cannot be controlled, in the face of which one is powerless. Destiny has its own rules and does not care about those of others, it can be cruel and cannot be beaten. This does not mean however that the price to pay is too high, disproportionate and it cannot be accepted.

Three lives broken in four months are too many, the young age of the riders makes everything even more painful. SBK came to a halt today, as a mark of respect and to think about how to improve further. To understand how to be able to see only photos of the pilots in colour and no longer in black and white.